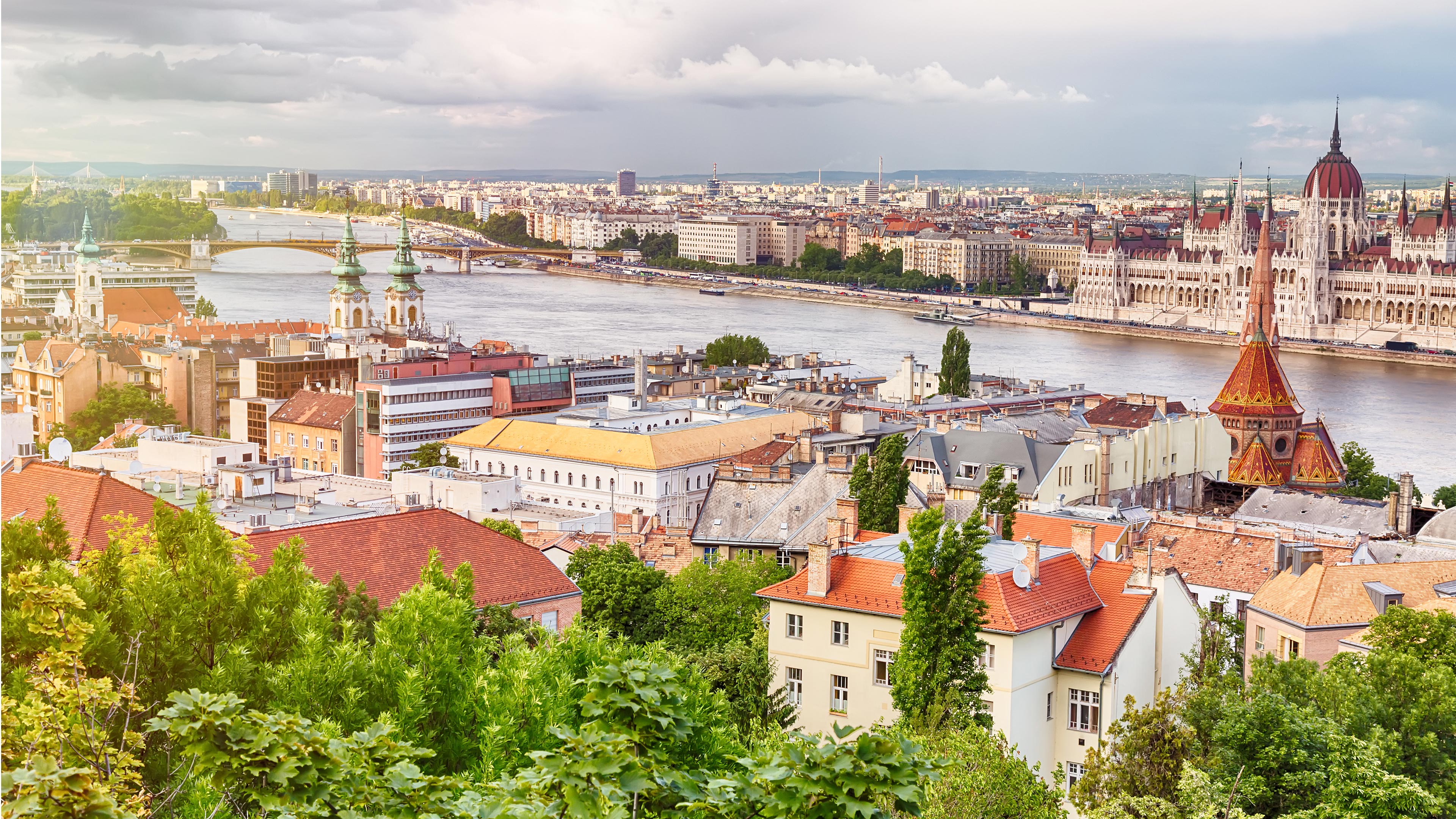 According to UNWTO, Urban Tourism is "a type of tourism activity which takes place in an urban space with its inherent attributes characterized by non-agricultural based economy such as administration, manufacturing, trade and services and by being nodal points of transport. Urban/city destinations offer a broad and heterogeneous range of cultural, architectural, technological, social and natural experiences and products for leisure and business".

According to the United Nations, in 2015, 54% of the world’s population lived in urban areas and, by 2030, this share is expected to reach 60%. Along with other key pillars, tourism constitutes a central component in the economy, social life and the geography of many cities in the world and is thus a key element in urban development policies.

Urban tourism can represent a driving force in the development of many cities and countries contributing to the progress of the New Urban Agenda and the 17 Sustainable Development Goals, in particular, Goal 11: Make cities and human settlements inclusive, safe, resilient and sustainable. Tourism is intrinsically linked to how a city develops itself and provides more and better living conditions to its residents and visitors.

Fulfilling tourism’s potential as a tool of sustainable and inclusive growth for cities requires a multi-stakeholder and multilevel approach based on close cooperation among tourism and non-tourism administrations at different levels, private sector, local communities and tourists themselves. Likewise, the sustainable development and management of tourism in cities needs to be integrated into the wider urban agenda. 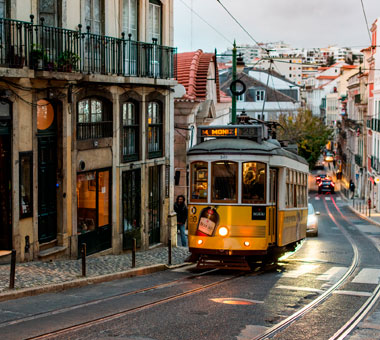 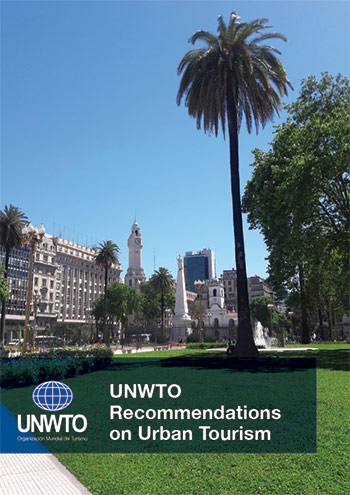 These recommendations stem from the series of UNWTO Urban Tourism Summits held since 2012, and the Lisbon Declaration on Sustainable Urban tourism, adopted at the First UNWTO Mayors Forum for Sustainable Urban Tourism, held in Portugal on 5 April 2019. They also drawn on the research conducted by the UNWTO Secretariat in the field of urban tourism. 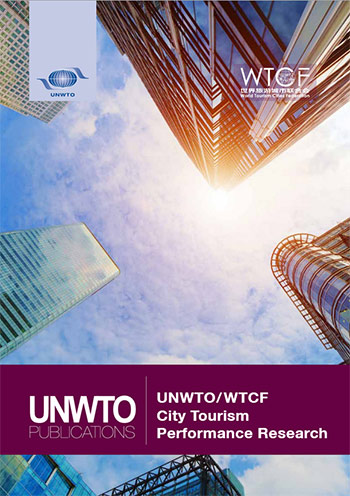 The UNWTO/WTCF City Tourism Performance Research brings forward an analysis and evaluation of success stories in urban destinations. The results were collected by experts who applied the methodology created for the initiative through the realization of field visits and interviews of local tourism authorities and the main stakeholders. The publication based on case studies from 15 cities, provides in-depth understanding of each individual city and has the objective to enable other cities to learn from the progress they have achieved in order to enhance their performance, competitiveness and sustainability. 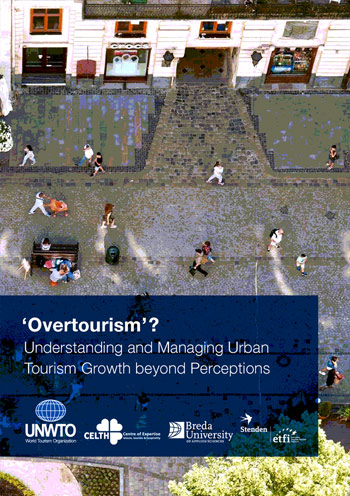 The management of tourism flows in cities to the benefit of visitors and residents alike is a fundamental issue for the tourism sector. It is critical to understand residents’ attitude towards tourism to ensure the development of successful sustainable tourism strategies. This report analyzes the perception of residents towards tourism in eight European cities – Amsterdam, Barcelona, Berlin, Copenhagen, Lisbon, Munich, Salzburg and Tallinn – and proposes 11 strategies and 68 measures to help understand and manage visitor’s growth in urban destinations. The implementation of the policy recommendations proposed in this report can advance inclusive and sustainable urban tourism that can contribute to the New Urban Agenda and the Sustainable Development Goals. 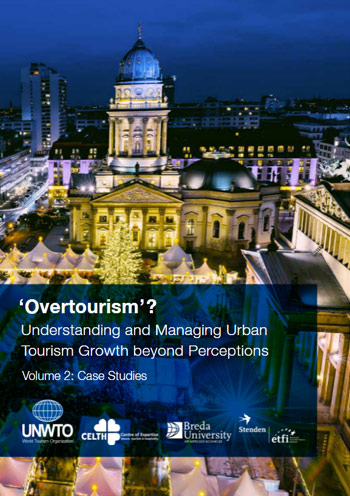 Global survey on the perception of residents towards city tourism: impact and measures 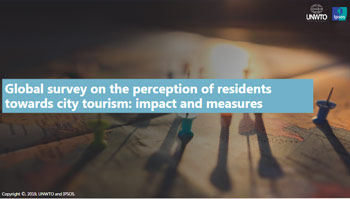 This research is a result of a partnership between the World Tourism Organization (UNWTO) and IPSOS. To better manage the issues arising from the growing tourism demand in urban destinations it is essential to understand resident's experiences and perceptions on city tourism. The research aims at understanding the perception of residents towards city tourism, its impacts, as well as the most adequate strategies to manage the growing tourism flows in cities. 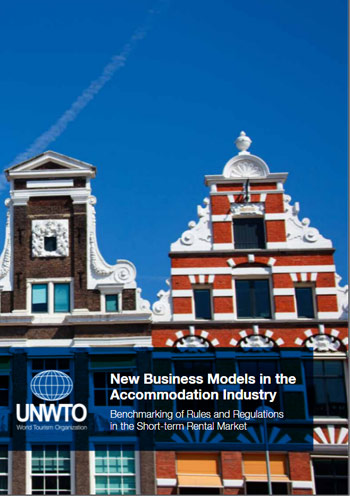 Several factors explain the growth of the so-called “sharing economy” in the tourism sector over recent years, including the 2010 global economic crisis, digitalization and new trends in travellers’ behaviour and preferences. This growth has been particularly notable in the accommodation industry. With the emergence of online platforms for short-term rentals, the market has been expanding at an unprecedented rate.

Building upon UNWTO’s 2017 publication New Platform Tourism Services (or the so-called Sharing Economy) – Understand, Rethink and Adapt, this report provides an analysis and benchmarking of 21 case studies in terms of the rules and regulations applied to the short-term rental market, focusing on three key areas: 1) fair competition; 2) consumer protection; and 3) planning and sustainability.