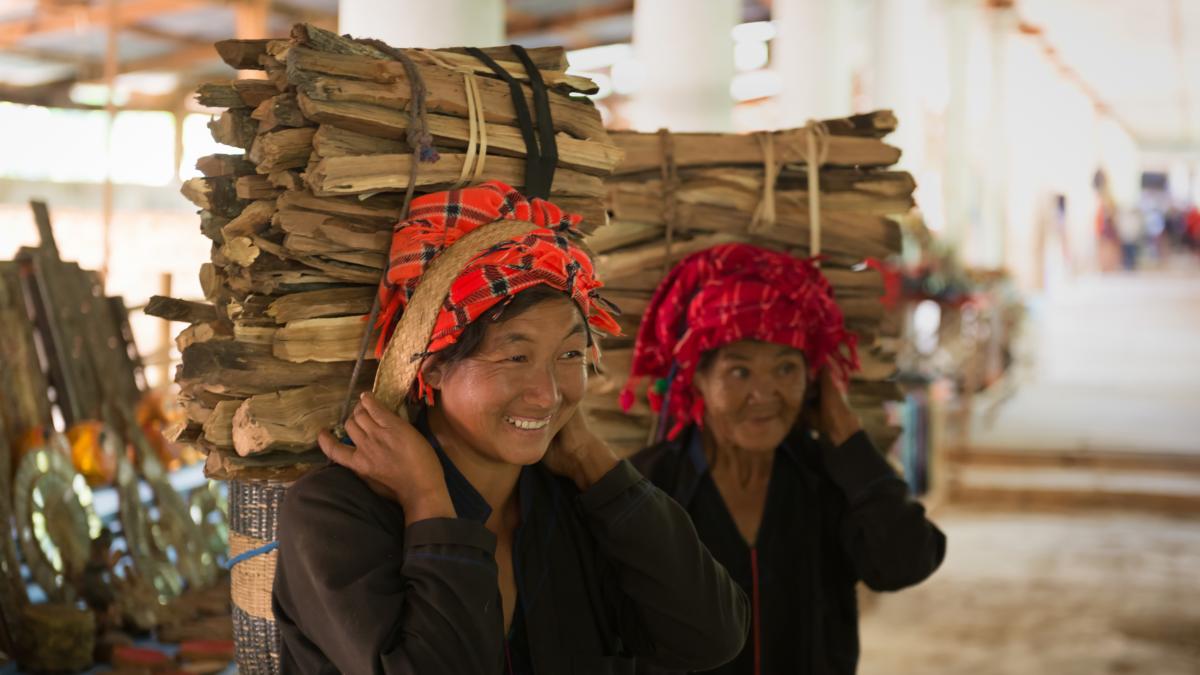 As a specialised UN agency in the field of tourism, UNWTO is committed to enhancing the positive impact of tourism development on women’s lives, and, in so doing, contributing to the achievement of the Fifth Sustainable Development Goal – "achieve gender equality and empower all women and girls". Since 2007, UNWTO has been working – through its Ethics, Culture and Social Responsability Department - in partnership with UN Women and a range of external partners across the globe, to bring gender issues to the forefront of the tourism sector, promoting gender equality and women’s empowerment and encouraging member states to mainstream gender issues in their respective tourism policies.

COVID 19 – An Inclusive Response for Women

As a sector with a majority female workforce worldwide (54%) and most women in low-skilled or informal work, women have felt the economic shock to tourism caused by COVID-19 quickest and hardest. UNWTO has produced a Series of Recommendations for an Inclusive Response to ensure that women are not left behind.

Looking ahead, the recommendations also contain measures for the recovery of the sector. UNWTO firmly believes that the pandemic has presented tourism with a golden opportunity to redefine its gender balance, building on the huge strides forward it has taken in women’s empowerment by reducing barriers to entry, elevating female employees recovery efforts, increasing protections and reporting how the effects of the pandemic are affecting men and women in tourism differently.

Action Plan on Women in Tourism

Based on the findings and recommendations of the Global Report on Women in Tourism, Second Edition, UNWTO in collaboration with UN Women, the German Development Agency GIZ, World Bank Group and Amadeus has produced an Action Plan that contains a series of concrete actions for tourism stakeholders to take that would boost the sector’s empowering potential for women.

The Action Plan’s recommendations were adopted by the G20 Tourism Ministers in 2019, endorsed by the UNWTO Executive Council in 2020 and will form the basis of an implementation programme with Member States expected to begin in 2021.

UNWTO is formulating a programme to tackle the systematic inequalities faced by Indigenous Women in Guatemala, Mexico and Peru.

Selected for the Paris Peace Forum 2020, more information on the programme can be found here. 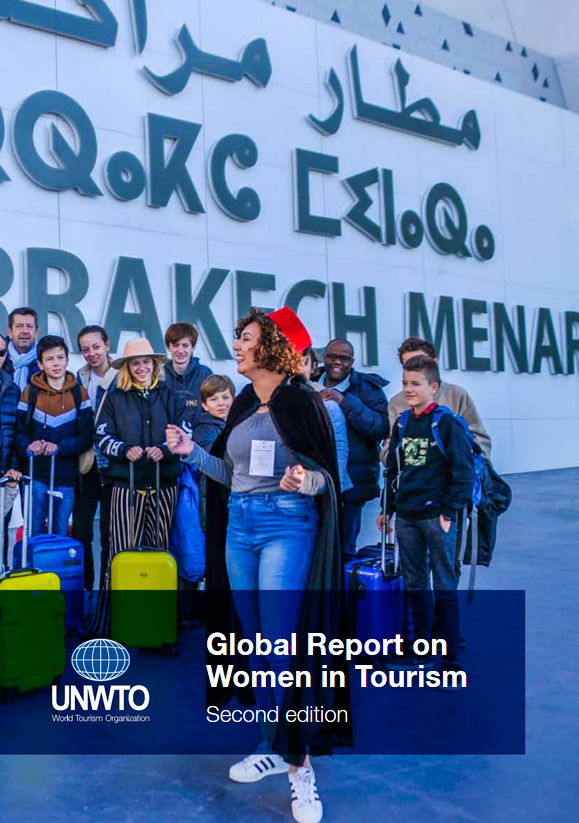 Following the success of the first Global Report on Women in Tourism in 2010, the second edition explores how the situation for gender equality and women’s empowerment has evolved across the five main thematic areas – Employment, Entrepreneurship, Education, Leadership and Community.

The creation of the “Global Report on Women in Tourism, Second Edition" arose from the joint commitment of the World Tourism Organization (UNWTO) and UN Women, the German Development Agency GIZ, World Bank and Amadeus, with the aim to illustrate the contribution tourism is making towards the UN Sustainable Development Goal 5 - Achieving Gender Equality and Empowering all Women and Girls.

By exploring the five thematic areas, with the use of quantitative data and in-depth case studies, corresponding thematic goals were developed to demonstrate what gender equality and women’s empowerment in tourism would look like. This Second Global Report on Women in Tourism outlines key regional trends, including the findings of in depth analyses of regional case studies in four regions. The report also includes an extensive analysis of four key branches of the tourism sector and a strengthened qualitative dimension, including a literature review, field research, interviews and a rich tapestry of in-depth case studies from across the globe.

Global Report on Women in Tourism 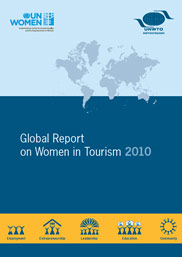 The Global Report on Women in Tourism 2010 - officially launched at ITB Berlin in March 2011 - constituted the first phase of this collaboration. As the first attempt to map women’s active participation in the tourism industry worldwide, the Global Report represents a landmark in the field of tourism and gender, focusing on five main areas: employment, entrepreneurship, leadership, community and education. In the context of responsible tourism and local development, this study confirms that tourism can act as a vehicle for the empowerment of women whilst highlighting the remaining challenges for gender equality in tourism.

At the Report's launch event, UNWTO Secretary-General Taleb Rifai noted that: ‘This report highlights the crucial role tourism plays in empowering women politically, socially and economically. But it makes it very clear that more must be done to close the gender gap, in particular ensuring equal pay for men and women for equal work, raising employment quality and ending all discrimination’.

Why Gender and Tourism?

While the world has achieved progress towards gender equality and women’s empowerment under the Convention on the Elimination of all forms of Discrimination against Women, women and girls continue to suffer discrimination and violence in every part of the world.

First, national governments and international organizations are committed to gender equality through a series of commitments: the Convention on the Elimination of all forms of Discrimination against Women (CEDAW); the Beijing Declaration and Platform for Action, and the Agenda for Sustainable Development, in particular Sustainable Development Goal 5. Gender equality and women’s empowerment are fundamental components of just, equitable societies. Tourism has been proven to provide pathways to empowerment, and that the opportunity for tourism to make a difference in this area should be maximized.

Second, due to women’s concentration in lower status and lower paid jobs in tourism, their potential to contribute fully is currently untapped. Empowering women to participate fully in economic life is essential to building strong economies; creating more stable and just societies; achieving internationally agreed goals for development, sustainability and human rights; and improving the quality of life of women, and consequently, that of communities. For the tourism sector, the impact of greater gender equality and women’s empowerment would be highly beneficial, because diverse and gender equitable organizations perform better.