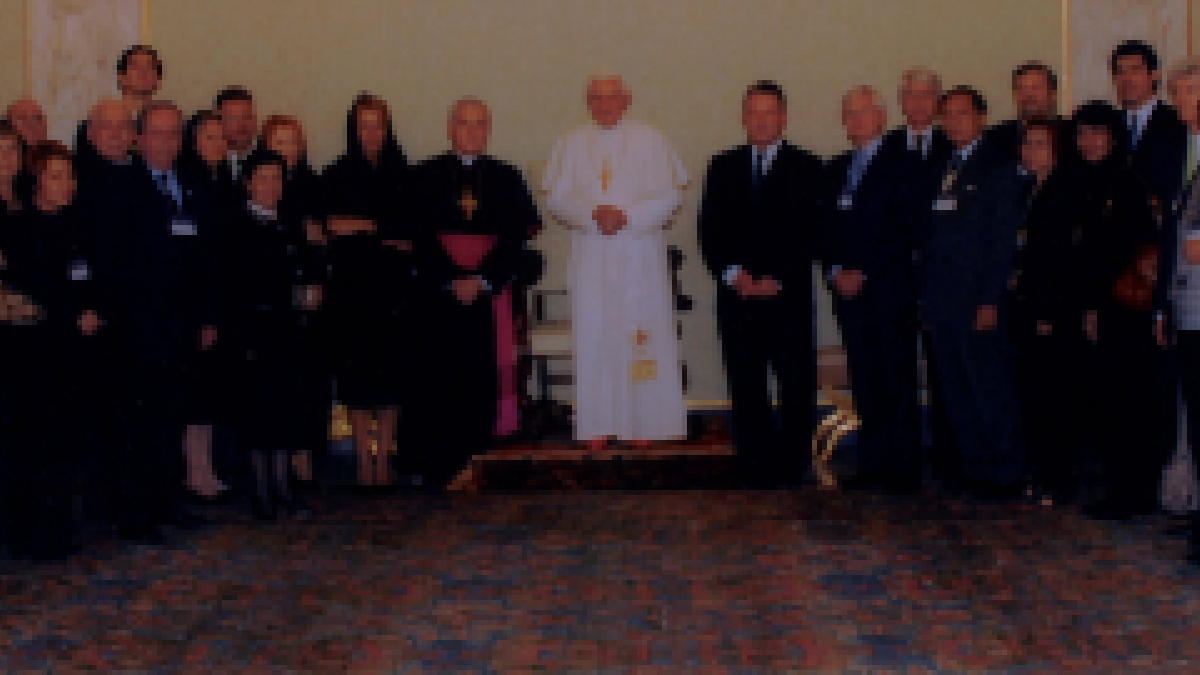 Rome, Italy / Madrid, Spain, 20 November 2008: The World Committee on Tourism Ethics inaugurated its Permanent Secretariat on the occasion of its seventh meeting (Rome, 14-15 November 2008). The Secretariat will provide technical support to the World Committee on Tourism Ethics, in particular, promoting and disseminating UNWTO’s Global Code of Ethics for Tourism.

Members of the World Committee on Tourism Ethics meet Pope Benedict XVI on the occassion of their seventh meeting, held in Rome in November 2008

The World Committee on Tourism Ethics looked at ethical aspects of important issues for tourism such as facilitation of tourist travel, HIV travel related restrictions and the recent launch of the new UNWTO Campaign to Protect Children from Exploitation in Travel and Tourism.

“Expressing the social responsibility of the Tourism Sector is one of the main contributions of the Global Code of Ethics for Tourism”, said Dawid De Villiers, Chairman of the Committee. “Few sectors of the economy are so strategically positioned as tourism to make a meaningful contribution to the major challenges of our times. Tourism is per excellence a people to people activity and the strength of the industry can be deployed to help cement peace and tolerance, promote development, create jobs, stabilise societies and root out the abuses that can infiltrate society through tourism”, he added.

The Committee articulates its programme of work around four main objectives:

Pope Benedict XVI, received the Members of the World Committee, observers and UNWTO representatives for an informal group audience at the Vatican. The Secretary-General of UNWTO, Francesco Frangialli, gave a copy of the Global Code of Ethics for Tourism to the Pope.

The Global Code of Ethics for Tourism is a comprehensive set of principles whose purpose is to guide stakeholders in tourism development: central and local governments, local communities, the tourism industry and its professionals, as well as visitors, both international and domestic. The official recognition by the UN General Assembly of the Code on the 21st of  December 2001 further encouraged UNWTO to promote effective follow-up.