Third meeting of the World Committee on Tourism Ethics 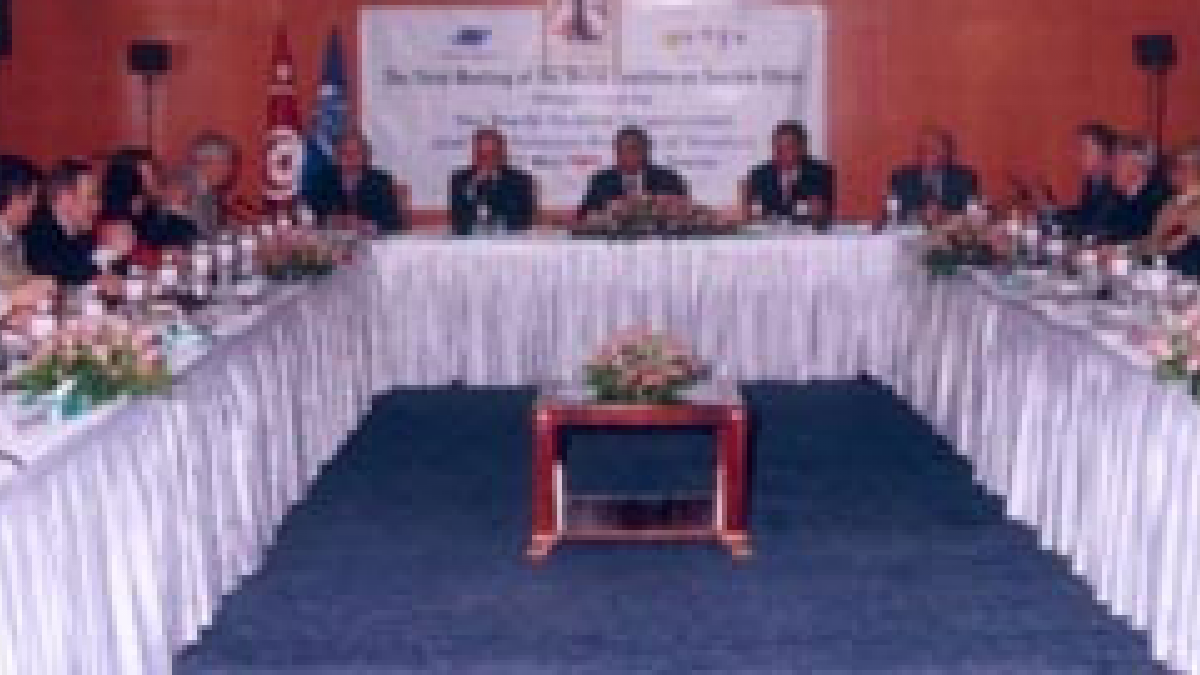 Committee monitors implementation of the Code of Ethics

Tunis, Tunisia, 26 May 2005: The World Committee on Tourism Ethics met for its third meeting in Tunis, Tunisia, on 16-17 May 2005 under the chairmanship of Mr. Diego Cordovez and examined the first four disputes received from individual applications.

Members of the World Committee on Tourism Ethics at their third meeting (Tunis, Tunisia, 16-17 May 2005)

Fourteen Committee members and alternates were present, as well as the WTO Secretary-General, Mr. Francesco Frangialli. The Committee was formally welcomed by the Minister of Tourism of Tunisia, H.E. Mr. Tijani Haddad, who emphasized the role that tourism plays in his country's economy and social development and pledged its commitment to the principles of the Global Code of Ethics for Tourism.

In the exercise of its main task, which is to promote the Code implementation and guide the stakeholders in tourism development, the Committee examined the first four disputes received from individual applications.

In the light of these cases, the Committee decided that clear guidelines for the consideration of disputes should be formulated and agreed on the following procedure:

Three of the four cases received do not qualify in terms of the above criteria. In the fourth case, the Committee is expected to make its recommendation after consulting all the parties concerned, approximately by the end of 2005.

"This is the first time, after the arduous work aimed to define the procedures and make the Committee fully operational, that we are touching the essence of ethics in a practical manner. This is a decisive stage in Committee activities and Tunis will be remembered for that", affirmed Mr. Cordovez. 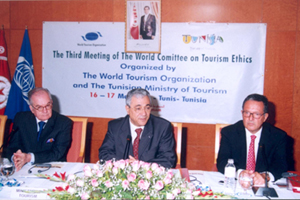 Building on the general principles included in the Code of Ethics, the Committee also agreed on a short and user-friendly extract of the Code applicable to travellers, with the intention of creating awareness amongst ordinary travellers of their responsibilities. This short, popularized text will be produced under the title of "The Responsible Tourist and Traveller".

The Committee provided for new, dynamic measures with a view to promoting the Code implementation worldwide. In as many as 46 countries there are now national contact-persons entrusted with this task, and in some 70 countries there have been a variety of actions put in place for this purpose. The new measures will help intensify actions at regional level and this year's General Assembly of the United Nations will hear WTO's report.

Regional and local awareness raising and implementation, particularly by private sector agents, was underscored by Mr. Mohamed Mounir Ben Miled who sits on the Committee on behalf of Tunisia and the African region. "We must get to their minds through their hearts and be practical if we want to progress in promoting ethics in the way they do business", he said.

Mr. Cordovez, the Committee's chairman, concluded the meeting by congratulating Tunisia on its measures to promote ethics in tourism development strategies and expressed the Committee's heartfelt appreciation for the hospitality and friendship the host country accorded to the Members during the meeting. The Chairman also thanked the Indian Committee Member Capt. Nair for his country's invitation to hold the next meeting of the Committee in Bangalore (India).

The World Committee on Tourism Ethics was established by the General Assembly of the World Tourism Organization in 2003.