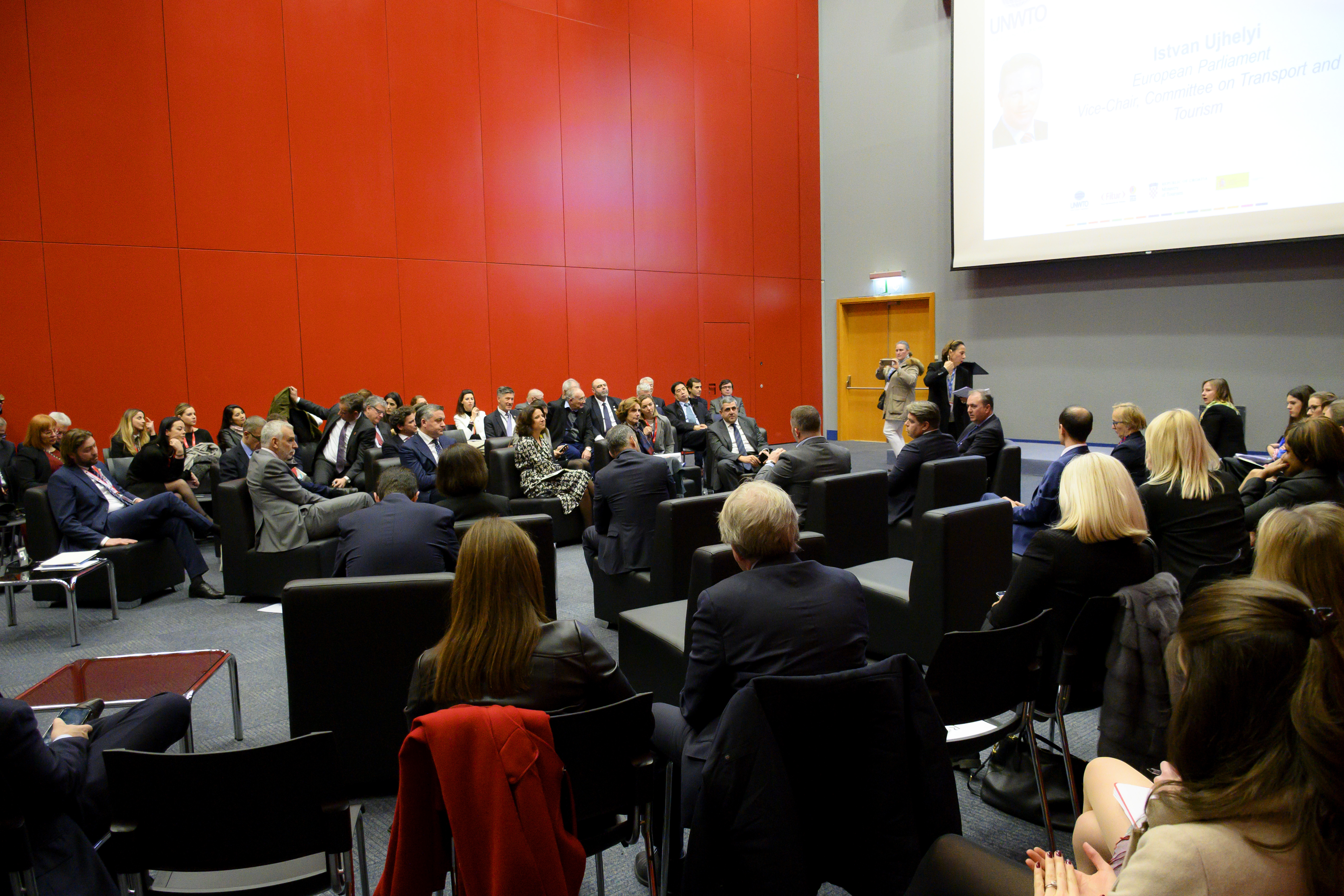 Tourism and The New Green Deal - Europe can take the lead

The role of tourism in the new European Green Deal was highlighted at the FITUR trade fair. On the back of the recent launch of the Green Deal, the World Tourism Organization (UNWTO) invited Ministers of Tourism from across Europe and representatives from the European Parliament and the European Travel Commission (ETC) to Madrid for a high-level conversation on the vital role the tourism sector will play if the ambitious sustainability goals are to be met.

The Green Deal will form an integral part of the Commission’s strategy to implement the UN’s 2030 Agenda and its Sustainable Development Goals and pledges to make Europe the first carbon-neutral continent by 2050. Recognizing the role that tourism will play in achieving this, UNWTO used the occasion of FITUR to provide a platform for EU and non-EU stakeholders, including representatives from both the public and private sectors. Established at the start of a new five-year period for the European Commission, this platform will advocate for tourism to be a central part of the Green Deal.

The tourism sector has an obligation to use its unique power to lead the response to the climate emergency and ensure responsible growth.

UNWTO Secretary-General Zurab Pololikashvili said: “The tourism sector has an obligation to use its unique power to lead the response to the climate emergency and ensure responsible growth. UNWTO is committed to accelerating progress towards low carbon emission tourism, and I am delighted to see that, in this regard, UNWTO and the European Commission are on the same page.”

The Secretary of State for Tourism of Spain, the country that hosts UNWTO, Isabel Oliver, added: “A more prominent presence in the political structure of the European Union would allow the importance of tourism to be put on the agenda as a lever to achieve the challenges that European policy has identified, including the Green Deal.”

The FITUR event also provided a platform for Croatia, which currently holds the Presidency of the Council of the European Union, to present its priorities for tourism. Frano Matusic, Secretary of State for Tourism of Croatia, addressed his fellow Ministers and public and private sector leaders, highlighting his country’s commitment to sustainability and low-carbon growth.

Mr. Matusic, said: “Tourism is a significant economic factor in the world GDP, but at the same time it affects the preservation of cultural heritage, the environment, the labor market, infrastructure, etc. As these challenges are common to all Member States, it is important to address these issues in a systematic manner at the both European and global level. Implementation and promotion of sustainable development policies are the backbone of Croatia's EU Council Presidency in the field of tourism, and Croatia will therefore continue to strengthen its co-operation initiative precisely to ensure tourism's success in the future.”

According to the latest UNWTO data, the EU28 Member States received 577 million international tourists in 2019, a 3% increase on the previous year. In 2018, receipts generated by international tourism generated 407 billion euros across all 28 states, around 33% of the world total. The UNWTO data also shows that Europe continues to be the leading global region for tourist numbers, welcoming 51% of all arrivals in 2019.