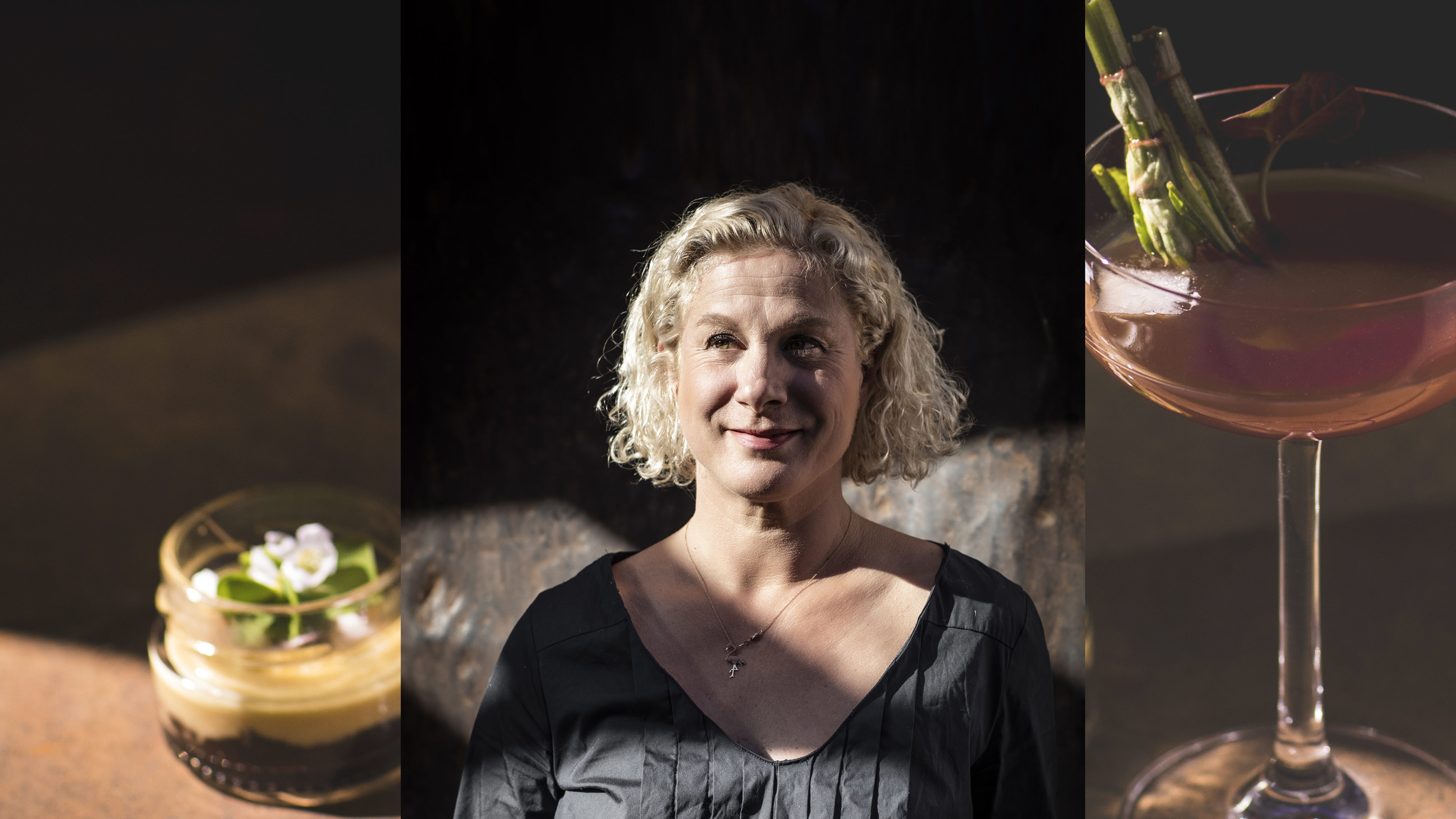 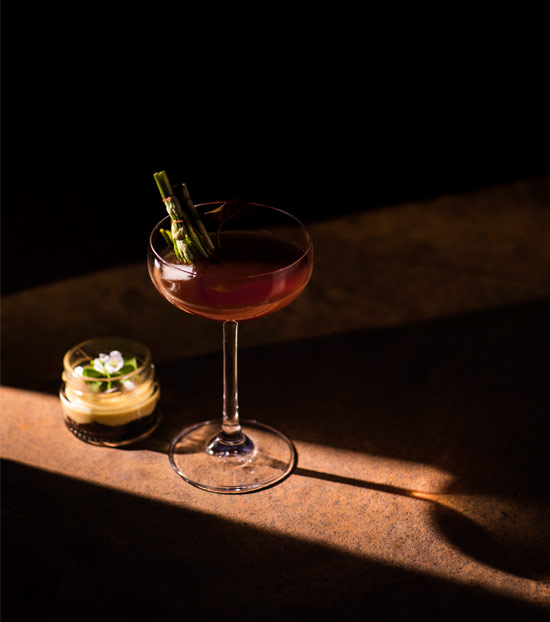 Chopp the ham into small piecesBring to boil, simmer for 30min, cool down on room temp, strain and reserve.

Slowly pour pork infusion into the egg mixture to temper it, add salt.

Caramelise sugar, add plums, deglaze with red wine, add salt. Simmer for 30-40 min.
Cool down, cut into dices (should look like paste with dices).
Before pouring pork brulee, insert plum jam into the corner of each jar.

Use demerara brown sugar to caramelise top of brulee, grate fresh horseradish on top and finish with woodsorrel.

Reduce 10l of apple juice to 3l, cooking with 3 sticks of cinnamon and 3 star anis. Cool it down.
To make a coctail combine 500ml reduced apple juice and 150ml of whiskey. Finish with a smoked ice cube.

Mix dry ingrediance in the standing mixer by adding the water. Mix for 10min and let the dough rest in a frige minimum for 2 hours.

Caramelise 50g od sugar and 150g of ground walnut, deglaze with 300ml of cream and add filling.
Cook for 5min until the mixture is combined.
Make small thin rounds from the dough and oplace the filling in the center

Final plating of the whole dessert

Steam štruklji and dress them with pork fat(instead of butter from original recipe).
Serve together with apple  coctail and pork creme brulee with grated horse radish on the top.