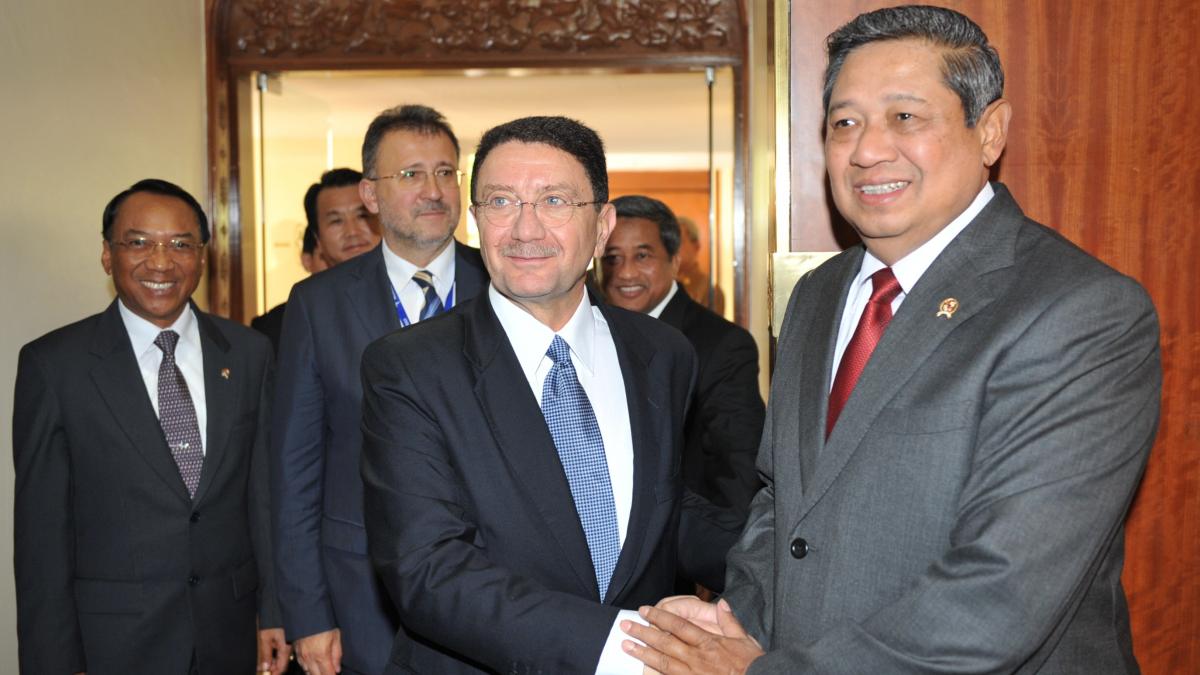 “Today, tourism plays a significant role not only in the preservation of cultural values, but also in increasing people’s welfare,” said President Yudhoyono. “Tourism has provided job opportunities for millions of people across the globe; is one of leading exports of developing countries; and is a key stimulus in the transformation to a green economy”.

As part of the Global Leaders for Tourism Campaign, UNWTO Secretary-General, Taleb Rifai, presented the Indonesian President with an Open Letter setting out the economic, development and environmental opportunities offered by tourism.

“We are delighted that Indonesia has joined this important campaign to raise international awareness of the relevance of travel and tourism,” said Mr. Rifai. “In doing so, Indonesia is sending out a strong message that it recognizes tourism’s potential as a force for development”.

Accepting the Letter, President Yudhoyono expressed the willingness of Indonesia – with 7 million international tourists and US$7 billion in receipts in 2010 – to capitalize on the “increasingly important role of tourism”.

“The importance of Travel & Tourism as a driver of Indonesia’s economy is clear. Over the next ten years, Travel & Tourism’s contribution to the country’s GDP is expected to grow by nearly 6% per year,” said David Scowsill, President and CEO, WTTC.

“The strong message of support for the industry embodied in today’s acceptance of the Open Letter shows the government’s commitment to realizing Travel & Tourism’s potential to create jobs, generate exports and stimulate investment”.

Through the Global Leaders for Tourism Campaign, UNWTO and WTTC are jointly presenting heads of state and government around the world an Open Letter which calls on them to acknowledge tourism’s key role in delivering on sustained and balanced growth and to prioritize the sector high in national policies in order to maximize its potential. The Open Letter outlines Travel and Tourism’s value as one of the world’s largest generators of sustainable enterprises and decent jobs, a powerful driver of socio-economic growth and development and a key player in the transformation to the Green Economy.

The Campaign has already received the support of the Presidents of Mexico, South Africa, Kazakhstan, and Hungary.