The UNWTO/WTTC Open Letter on Travel and Tourism calls upon heads of State and Government worldwide to acknowledge tourism's key role in delivering a more sustainable and balanced growth and to prioritize the sector in national policies in order to maximize its potential for development.

UNWTO Secretary-General, Taleb Rifai, met with Mr. Rama on the sidelines of the International Conference on Managing Seasonality in Tourism, jointly organized by UNWTO and the Ministry of Urban Development and Tourism of Albania. During the meeting, Mr. Rama received the UNWTO/WTTC Open Letter on Travel and Tourism, expressing the willingness of the Albanian government to place the global initiative of Travel and Tourism as part of the national agenda.

“Our goal is to integrate the development of sustainable tourism in the country as the only way of empowering each and every area as well as addressing the issue of seasonality. I would like to reassure you of our endeavor to transform the tourism sector in Albania into a strong economic power that brings growth and integration to our national economy” said Prime Minister Rama accepting the Open Letter.

“Albania is truly blessed with spectacular natural and cultural heritage, the backbone of its tourism sector, a sector which has shown impressive growth over recent years,” said Mr. Rifai. “By accepting the Open Letter, the Government of Albania is further strengthening its commitment to the sector and giving important recognition to tourism’s contribution to Albania’s socio-economic development,” he added.

David Scowsill, President and CEO, WTTC, added; “Growth prospects from Travel & Tourism in Albania look very favourable. The Government’s commitment to the sector will bring rewards to the country in terms of increased visitors, spend and employment opportunities”.

The International Conference on Managing Seasonality in Tourism focused on successful strategies for overcoming seasonality.

In a Ministerial Roundtable, the Ministers of Tourism of Albania and Montenegro, the Vice-minister of Economy of Lithuania, and several other high-level officials from UNWTO Member States highlighted the key role of Governments in managing tourism seasonality, and the importance of targeted policies such as tax incentives aimed at the private sector to curb the effects of seasonality.

Conference participants further highlighted the necessity of well-coordinated public-private partnerships to effectively adapt to and mitigate seasonality, and the need for any measures to take into account the brand and the tourism supply of the destination in order to build on existing strengths and ensure compatibility between current and future developments.

On the occasion, the Albanian Tourism Association (ATA) and the Albanian Travel Operators Union (ATOU) signed the Private Sector Commitment to the UNWTO Global Code of Ethics for Tourism, pledging to maximise tourism’s benefits while minimising its potentially negative impact on the environment, cultural heritage and societies.

The UNWTO/WTTC Open Letter outlines Travel & Tourism’s value as one of the world’s largest generators of jobs, a powerful driver of socio-economic growth and development and a key player in the transformation to the Green Economy. To date, the Open Letter has been received by 70 Heads of State and Government.

In signing the Private Sector Commitment to the UNWTO Global Code of Ethics for Tourism, companies pledge to uphold, promote and implement the values of responsible and sustainable tourism development championed by the Code. They further undertake to report on their implementation of the Code's principles in their corporate governance to the World Committee on Tourism Ethics.

Private Sector Commitment to the Global Code of Ethics for Tourism 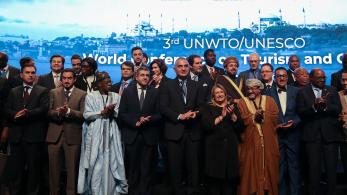 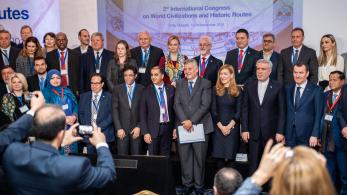 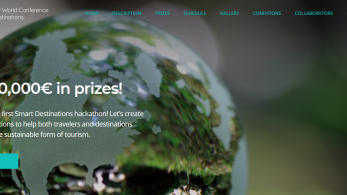 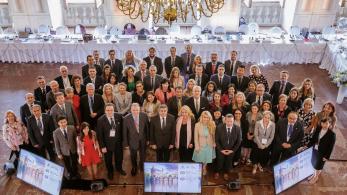