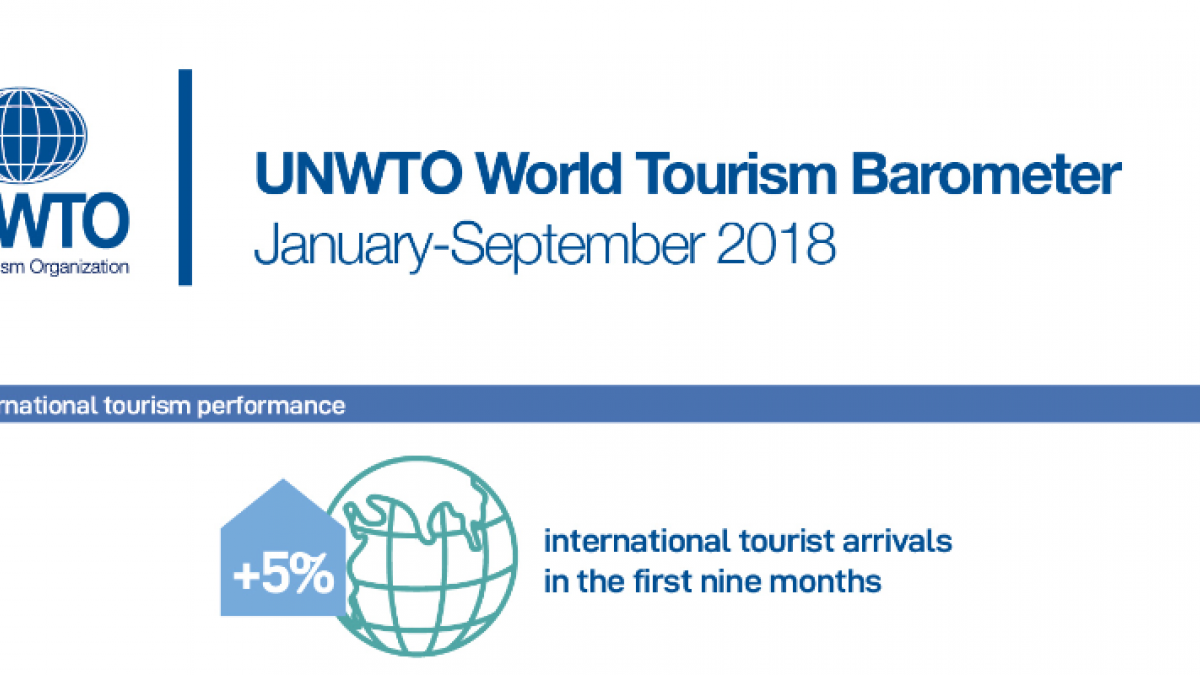 All world regions enjoyed robust growth in international tourism in the first nine months of this year, fuelled by solid demand from major source markets. Asia and the Pacific led growth (+7%), followed by Europe and the Middle East (+6% each), Africa (+5%) and the Americas (+3%).

Despite comparatively slower growth between July and September, UNWTO estimates that destinations worldwide received 1,083 million international arrivals through September, an additional 56 million when compared to the same period of 2017.

2018 results to date are in line with UNWTO’s growth forecast of +4% to +5% for the year. The first nine months of the year usually account for about three quarters of total annual international arrivals, as they include the Northern Hemisphere high season months of July and August. For detailed results click here.

Positive growth in tourism earnings across most destinations

In Asia, China recorded a 21% increase in tourism earnings, with Macao (China) and Japan also leading results with 20% and 19% growth, respectively.

The Russian Federation (+15%) reported the largest increase in spending and continues to recover strongly after some years of decline. The United Kingdom reported 10% growth despite a weak pound against the euro and US dollar, and tourism spending from France picked up 10% after some years of rather flat growth.

The United States, the world’s second largest source market, recorded a 7% increase in line with the performance of recent years while top source market China showed a minor decrease in spending in the first six months of 2018 as a result of the weaker Yuan.