Ice Hockey Star and Diplomat Made UNWTO Ambassador for Tourism 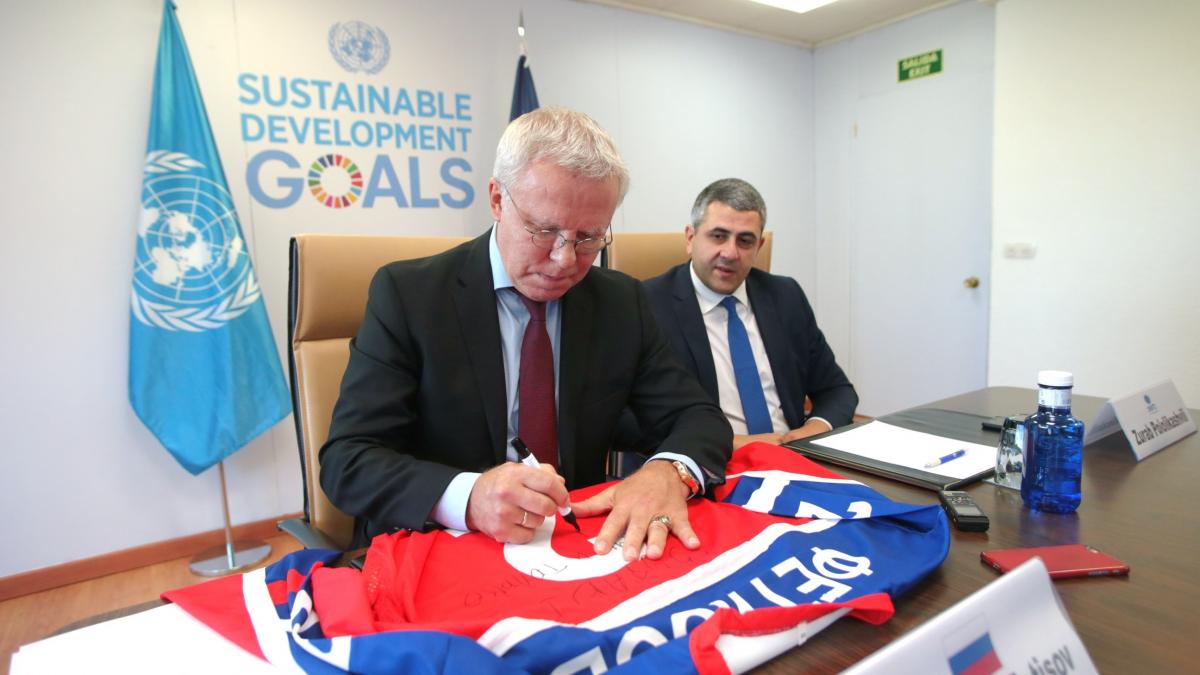 Viacheslav Fetisov was named UNWTO’s latest Ambassador for Tourism today in a small ceremony at the UNWTO Secretariat Headquarters in Madrid.

In the public sphere, Fetisov has had a diplomatic career spanning six years as Minister of Sports of the Russian Federation and chairmanship of the World Anti-Doping Agency Athletes Committee. Fetisov is currently a member of the Russian Federal Assembly and in 2017 was appointed as its Special Envoy for Interparliamentary and International Public Organizations on the Development of Sport. In May this year Fetisov was designated UN Environment’s Patron for the Polar Regions.

“UNWTO is proud and honoured to have Viacheslav Fetisov as our new Ambassador for Tourism. He will be a prominent voice for global tourism and a powerful representative for broadening UNWTO’s engagement”, said Secretary-General Pololikashvili during today’s ceremony.

UNWTO has the United Nations’ mandate to promote tourism’s many benefits on societies and the economy. The Organization’s Ambassadors programme enlists important public figures to create greater awareness of tourism, the values it represents and its impact on the 2030 Agenda for Sustainable Development. UNWTO Ambassadors have all achieved outstanding public recognition for their work and association with UNWTO and core United Nations values.