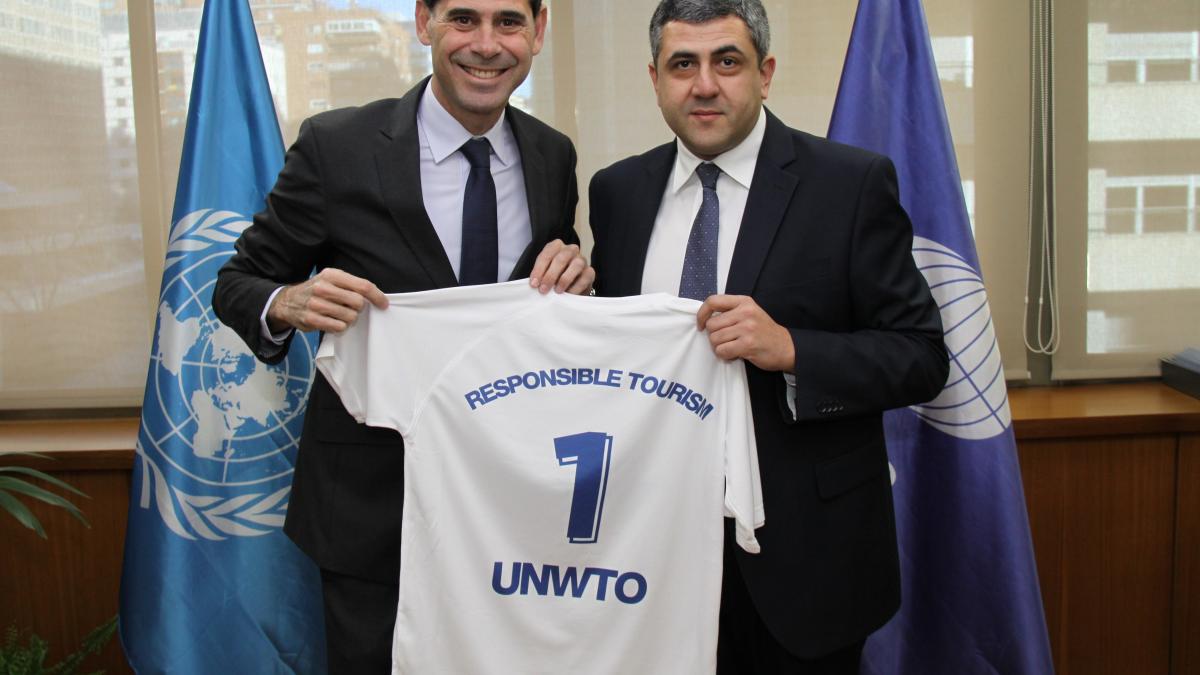 International football star Fernando Hierro has been named Ambassador for Responsible Tourism in a meeting held today at the World Tourism Organization (UNWTO), with its Secretary-General, Zurab Pololikashvili.

“As tourists, each of us can change the world if we act responsibly with regard to the places, the people and the cultures we visit. I feel part of this team and I support the World Tourism Organization in its efforts to ensure that tourism benefits everyone," said Hierro upon accepting the distinction from UNWTO Secretary-General Zurab Pololikashvili.

Fernando Hierro’s legacy is closely associated with Real Madrid, a team with which he played more than 600 matches. Over his career, he won five Spanish La Liga titles, five Spanish Super Cups, the Copa del Rey, three UEFA Champions League titles and two Intercontinental Cups, among others. As part of the national team of Spain, he played 89 matches and participated in the World Cup in 1990, 1994, 1998 and 2002 and in the UEFA European Championship in 1996 and 2000. He is currently the sports director of the Royal Spanish Football Federation.

“Fernando is an exceptional athlete and an example of personal integrity, and as a friend of the UNWTO, he will help us promote the positive values and real benefits that tourism can represent,” said Zurab Pololikashvili.

"I Commit to Sustainable Tourism" video