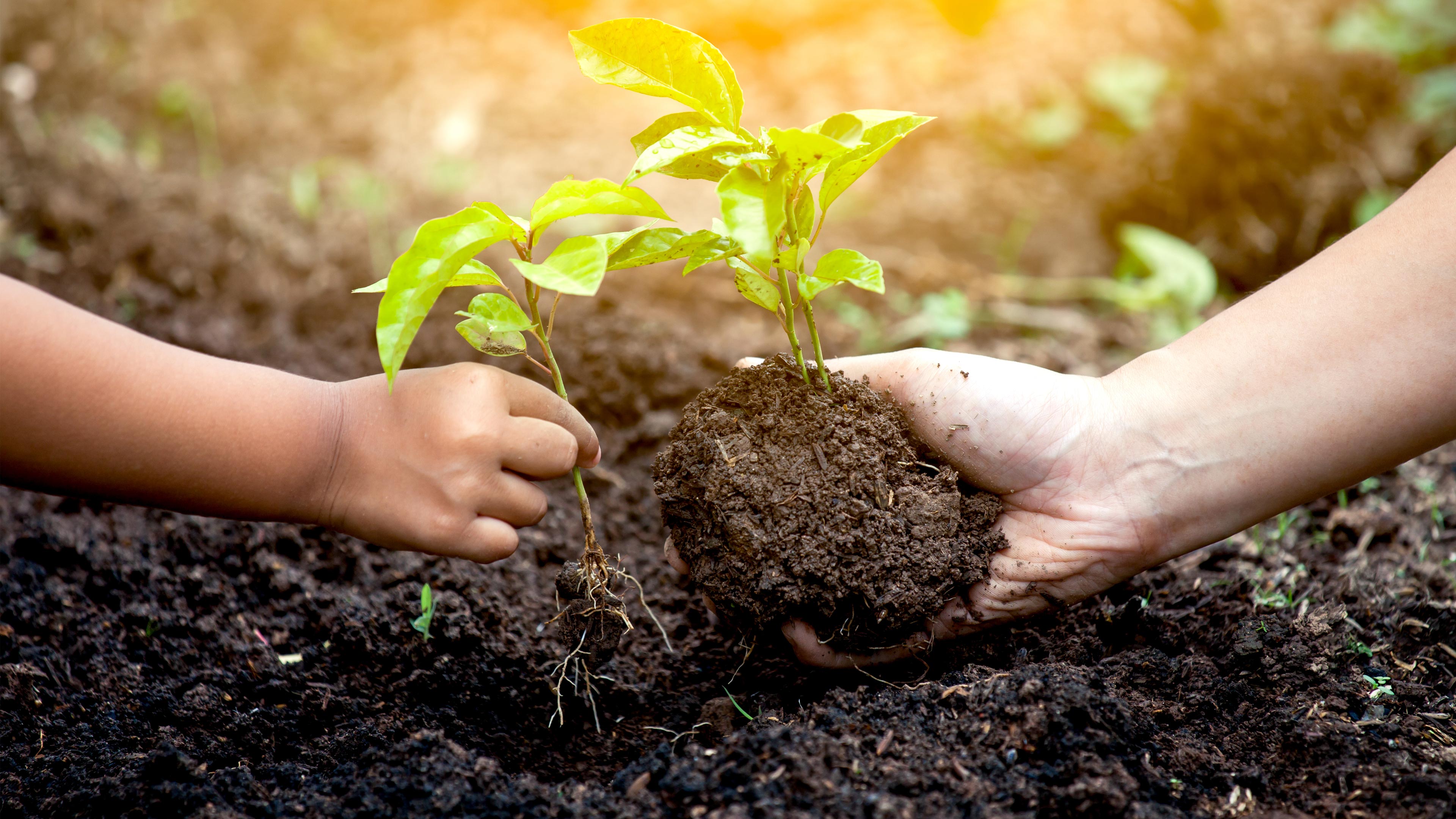 This section aims at clarifying frequent doubts about the UNWTO Framework Convention on Tourism Ethics that may arise.

The General Assembly of the UNWTO adopted in 1999 The Global Code of Ethics for Tourism as a voluntary instrument with a view to guiding all tourism stakeholders towards a responsible and sustainable development of tourism worldwide. The Code of Ethics comprises nine principles that aim at maximizing the sector’s benefits while minimizing the potentially negative impact on the environment, cultural heritage and societies across the globe.

The Code of Ethics has proved extremely relevant for promoting responsible policies and practices and has received wide acceptance globally from both public and private sectors; however, in terms of the practical implementation of its principles it was felt that a more binding instrument would reinforce its effectiveness at international and national levels.

For this reason, the UNWTO General Assembly decided in 2015 to initiate the process for converting the voluntary Code of Ethics into an international legally-binding convention open to ratification of Member States with the intention to enhance its application.

For UNWTO to have its first International Convention based on its cornerstone document is of great significance, especially at a time when the uninterrupted growth of international tourist arrivals has reached a record of 1.2 billion persons crossing borders in 2016 (doubling the figures of tourism in 1999).

The English text of the Convention was approved by the UNWTO General Assembly, by Resolution A/RES/707(XXII), in September 2017, and the Convention, in all five official languages of the Organization, was officially adopted by the 23rd session of the General Assembly, by Resolution A/RES/722(XXIII). States are now invited to decide whether to sign and ratify this international instrument therewith committing themselves to formulating policies consistent with the Ethical Principles in Tourism spelled out in the Convention.

The approval of the Convention on Tourism Ethics was particularly timely since 2017 was declared by the UN General Assembly the International Year of Sustainable Tourism for Development. The Convention further attests to the special role of tourism in the implementation of all the 2030 UN Sustainable Development Goals, specially contributing to the promotion of inclusive and sustainable economic growth (Goal 8), responsible consumption and production (Goal 12) and the sustainable use of maritime resources (Goal 14).

No, the essence of the principles remains as in the Global Code of Ethics for Tourism. The conversion of the Code into a Convention changes the legal nature into binding principles which State Parties will be obliged to implement if they ratify the Convention.
The World Committee on Tourism Ethics is the independent subsidiary organ of the UNWTO General Assembly responsible for interpreting, applying and evaluating the provisions of the Global Code of Ethics for Tourism. Its role will remain the same with regard to the Code of Ethics but in addition it will also be responsible for monitoring the implementation of the provisions of the Convention and receiving the reports from the States Parties on the implementation of the latter.

Although often praised as extremely relevant for the globalized tourism industry, the Code of Ethics, adopted in 1999, remains a list of non-binding guidelines, or a soft-law instrument.

In contrast, the Convention on Tourism Ethics, once it obtains the first ten required ratifications and enters into force, will create duties and obligations for States Parties, including the obligation to reflect the said ethical principles in domestic policies as well the obligation to periodically report on the implementation of those principles to the World Committee on Tourism Ethics.

In addition, the Convention is supplemented by an Optional Protocol which sets out a conciliation mechanism for settling disputes between States, or between States and tourism development stakeholders, concerning the interpretation or application of the Convention.

While building on the success of the Code of Ethics, the Convention marks a decisive step forward for the promotion of sustainable and responsible tourism.

The Global Code of Ethics will coexist with the Convention. The voluntary implementation mechanism of the Code will still function through the World Committee on Tourism Ethics that will continue to report to both the UNWTO and UN General Assembly.

Shortly after the 21st General Assembly decided that the Code of Ethics should be converted to a convention and requested the Secretariat to start preparations to this effect, a Working Group was set up to undertake the drafting exercise. All UNWTO Member States were invited to be part of the Working Group.

The Working Group was finally composed by representatives of 36 Member States, assisted by the Secretariat, and held five meetings. The Chairman of the World Committee on Tourism Ethics participated in all meetings of the Working Group.

The final draft of the Convention was circulated to all Member States in June 2017 for their comments and transmitted to the General Assembly for consideration and possible adoption.

Amendments from Member States were received in August 2017 and the Working Group discussed whether the proposed amendments should be incorporated to the text.

The 22nd General Assembly established an ad hoc Committee that took the final decision regarding the proposed amendments, taking into account the recommendations of the Working Group.

The present Convention refers to all stakeholders in tourism development, including public and private institutions such as national and local governments, tourism enterprises, tourism associations and other juridical persons having stakes in tourism development such as NGOs. On the other hand, the Convention also covers individuals involved in tourism, including employees and professionals, tourists and excursionists, as well as local populations and host communities.

The Convention can be ratified by all UN Member States, whether they are UNWTO Members or not. Its effects will cover the abovementioned stakeholders.

Yes, it does for States that ratify it, and these obligations are all concerning the implementation of the principles and the rules contained in the Convention. Thus, State Parties shall:

Becoming a party to the Convention

The Framework Convention, in all five official languages of the Organization, was officially adopted by the 23rd session of the General Assembly. The Convention is now open to formal ratification, acceptance, approval or accession by all Member States of UNWTO and of the United Nations.

Initially, the Convention requires the deposit of ten instruments of ratification, acceptance, approval or accession in order to enter into force. Thereafter, it will take effect for any subsequent ratifying Member 30 days after its instrument of ratification has been deposited and registered with the Secretary-General of the UNWTO.

The Optional Protocol is an independent legal instrument, whose ratification is not mandatory. It supplements the Convention with a procedure to resolve disputes arising out of the application and interpretation of the Convention in a peaceful manner before resorting to litigation.

The Optional Protocol establishes a conciliation mechanism for the amicable resolution of disputes arising out of the Convention. States Parties and/or stakeholders in tourism development can submit to the World Committee on Tourism Ethics any dispute arising from the application or interpretation of the Convention. The Committee will formulate recommendations and decisions in order to help Parties come together and find a mutual amicable solution. Unlike international arbitration, decisions of the Committee will be binding only if Parties in dispute agree to abide by them.

Tourism, being one of the fastest growing economic sectors in the world, has experienced continuous growth in the recent decades, doubling the number of tourist arrivals since 1999, the time when the Global Code of Ethics was adopted.

In an interconnected world where the business volume of tourism equals or even surpasses that of oil exports, ‎food products or automobiles it is important to set out a framework to ensure that growth is dealt with responsibly and that it can be sustained in time.

By ratifying the Convention, States are undertaking an obligation towards responsible and sustainable development - preserving the destinations’ cultural and natural tourism resources, protecting the local communities and ensuring a responsible, sustainable and universally accessible sector. This sends a clear message to all stakeholders operating in and visiting a destination that is clearly in line with the UN Sustainable Development Goals and respects the spirit of the 2017 International Year of Sustainable Tourism for Development.

The Office of the Legal Counsel of UNWTO has prepared an Explanatory Note to help Member States understand the procedure following the adoption of the UNWTO Framework Convention on Tourism Ethics and the process by which Member States may become legally bound to the Convention.

Signature does not impose binding obligations for the signatory State but does indicate its political willingness to continue the treaty-making process and to express its consent to be bound by the treaty at a later date. Nonetheless, signature creates an obligation for a signatory State to refrain in good faith from acts that would defeat the object and the purpose of the treaty, until such State makes its intention clear not to become party to the treaty.

In accordance with its article 18, the Convention will be open for signature by States for a period of one year after the date of adoption by the General Assembly at UNWTO Headquarters in Madrid.

Signature is followed by the deposit of an instrument of ratification, acceptance or approval which expresses States’ consent to be bound by that treaty at the international level, that is the State’s definitive commitment to undertake the rights and obligations under the treaty. This does not necessarily imply the immediate submission of the State to the treaty’s obligations since the treaty only becomes binding for the State concerned when it enters into force.

It is important to note that the terms ratification, acceptance and approval of a treaty are used interchangeably to denote States´ consent to be bound by that treaty and have the same legal effect.

Unlike signature, there is no time limit within which a State is requested to ratify, accept or approve a treaty which has been signed.

Accession has the same legal effect as ratification, acceptance or approval. However, unlike ratification, acceptance or approval, which are preceded by signature, accession requires only one step, namely, the deposit of an instrument of accession. It is generally used by States wishing to express their consent to be bound when, for various reasons, they are unable to sign the treaty within the time limit allowed for signature or when domestic conditions prevent them from signing the treaty.

Unlike signature, there is no time limit for accession.

Entry into force is the moment in which the treaty becomes legally binding under international law. Once in force, the States having expressed their consent to be legally bound by the treaty have to comply with the provisions of the same. In this regard, the Convention provides, in its article 21(1), that entry into force will occur 30 days after the 10th State has deposited an instrument of ratification, acceptance, approval or accession with the Secretary-General of UNWTO.