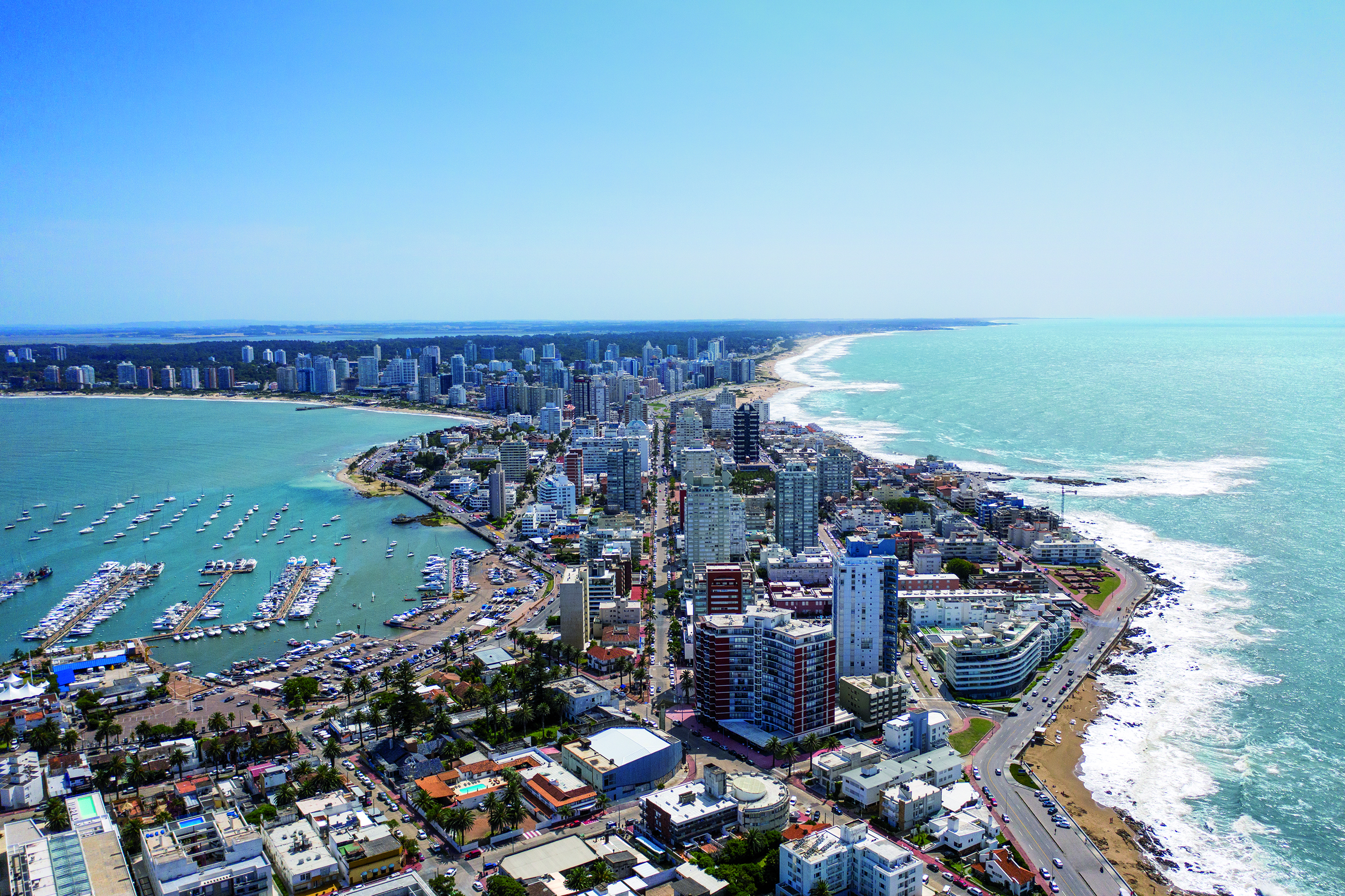 67th Meeting of the UNWTO Regional Commission for the Americas

The World Tourism Organization (UNWTO), along with the Ministry of Tourism of Uruguay, has the pleasure to invite UNWTO Members to the celebration of the 67th meeting of the UNWTO Regional Commission for the Americas and the Seminar on the International Code for the Protection of Tourists, to be held on 19 and 20 May 2022, respectively in Punta del Este, Uruguay.

SEMINAR ON THE INTERNATIONAL CODE FOR THE PROTECTION OF TOURISTS

The Seminar will take place in the framework of the 67th meeting of the UNWTO Commission for the Americas on 20 May 2022.

Uncertainty and a lack of trust in travel are among the biggest challenges we face as we work to restart tourism. The International Code for the Protection of Tourists is a landmark step towards addressing this issue.

Under this heading, the Seminar aims to exchange knowledge on the different legal frameworks adopted by the different governments in order to protect tourists affected by emergencies.

More information will be available soon. 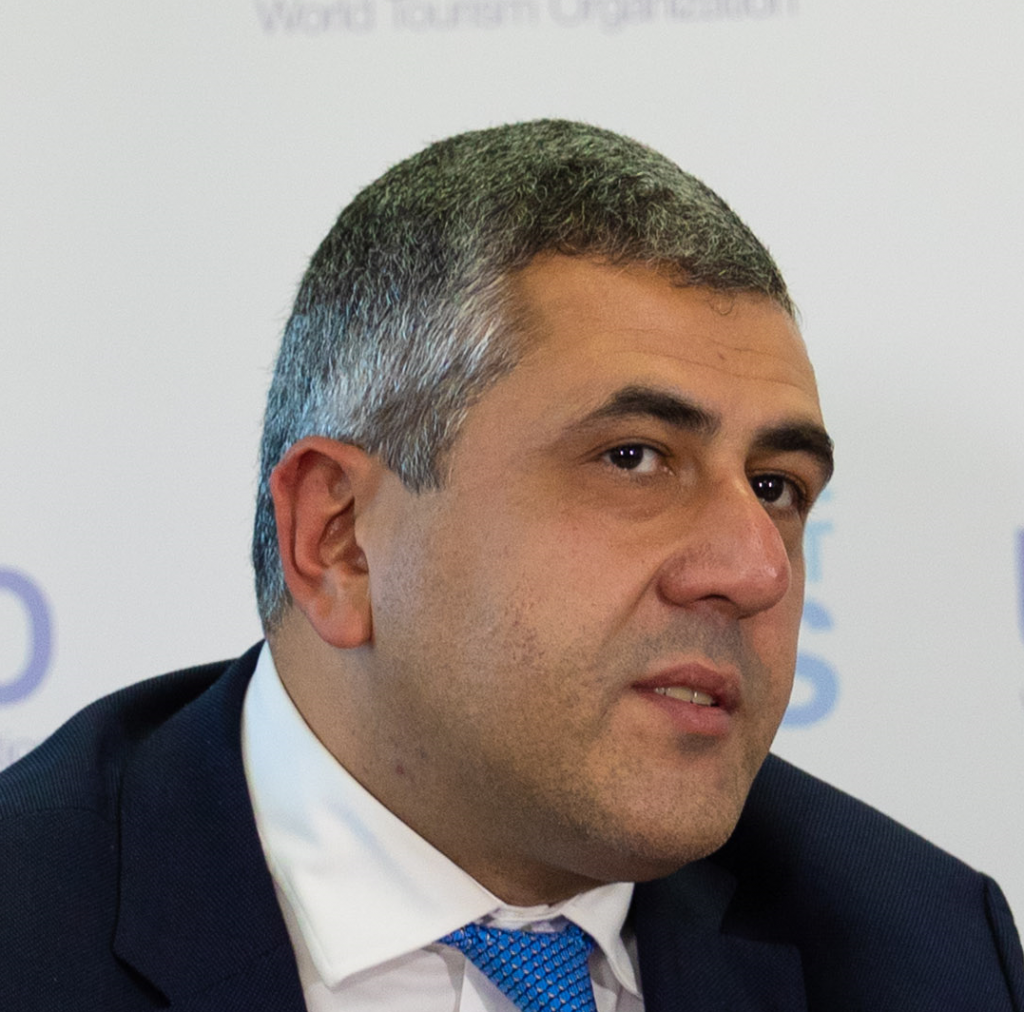 Zurab Pololikashvili has been Secretary-General of the World Tourism Organization (UNWTO) since January 2018. Prior to this, he worked in a number of high-level roles in both the private and public sectors. After graduating with a degree in banking, Mr. Pololikashvili gained extensive experience in the private sector, including with a prominent role in one of Georgia’s biggest banks and as CEO of the country’s leading football team, FC Dinamo Tbilisi.

After a year as Deputy Minister of Foreign Affairs, he was appointed the Ambassador Extraordinary and Plenipotentiary of Georgia to Spain, Andorra, Algeria and Morocco in 2006, and was then his country’s Minister of Economic Development between 2009 and 2010. In this position, Mr Pololikashvili oversaw the development of tourism within Georgia, establishing the sector as a leading employer and contributor to national economic development.

At the 23rd General Assembly of the UNWTO, Member States unanimously approved his plan of action for global tourism, including the landmark Agenda for Africa and his focus on promoting tourism as a driver of gender equality, job creation and rural development.

As the COVID-19 pandemic presented tourism with the biggest crisis in the sector’s history, Mr Pololikashvili guided its response and recovery, winning political and practical support from governments and international organizations and uniting stakeholders around shared solutions and harmonized protocols. Under his leadership, UNWTO gained unprecedented visibility and prominence within the United Nations system, strengthening bonds with other key agencies and placing tourism at the heart of the wider agenda for recovery and sustainable development.

At the end of 2021, Member States met in Madrid for the 24th UNWTO General Assembly. They voted for Mr Pololikashvili to serve a second term as Secretary-General, giving him a clear and strong mandate to guide the restart of tourism and advance the key priorities of jobs and education, tourism and rural development and sustainability. 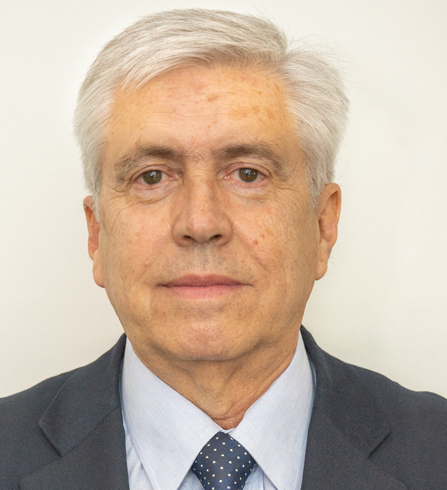 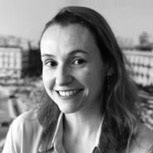 Ms. Alicia Gomez has 15 years of experience in the UN, 10 years at UNWTO and UNWTO´s Legal Counsel since 2017.

In this capacity, she participated in the negotiations for the adoption of the UNWTO Framework Convention on Tourism Ethics and she led the process for the development of an International Code for the Protection of Tourists (ICPT), which was adopted by resolution 732(XXIV) of the UNWTO General Assembly at its 24th session held in Madrid, Spain, from 30 November to 3 December 2021.

PhD in Law & Economics. Full professor of Tourism Law at Argentinean universities and postgraduate professor at LATAM universities. Instructor for the MOOC “Introduction to International Tourism and Travel” (UNWTO Academy/IE). 55 publications on tourism law/nature-based tourism law in 15 countries. Co-author of the “Recommendations for the assistance to international tourist in emergency situations” (UNWTO). Expert (Americas) of the Committee UNWTO for the developing of the International Code Protection of Tourists (ICPT). Expert for the development of new Tourism Law of Equator. Legal consulting for "Ruta Natural" (Argentina) and for the IABD Project "Camino de los Jesuitas" (Bolivia-Paraguay-Argentina-Uruguay-Brazil). 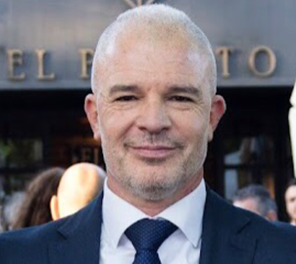 Julio Facal
Full Professor of Tourism Law, University of the Republic of Uruguay, Advisor to the Legal Observatory of Tourism

Lawyer. Graduated in 1993. Postgraduate of the Specialization in Commercial Law from the Law School of the Universidad de la República. Collaborating lecturer in the "Master de Droit du Tourisme" Sorbonne Pantheon 1. Professor of Tourism Law at the Law School of the University of the Republic, School of Law. Coordinator and co-author of the first book on Tourism Law in Uruguay, entitled "Derecho del Turismo". 2005 and editor of more than 100 works in national and international magazines. Former President of the Transport and Tourism Commission of the Uruguayan Bar Association. Author of the first " Manual of Tourism Law" published by Editorial La Ley (Thomson Reuters) in 2017. He has been awarded the highest award to tourism in Uruguay for his active collaboration in the sector, the " Premio Sol al Turismo" business distinction for his work in the tourism activity by the Uruguayan Chamber of Tourism in 2016. Partner of the law firm Yelpo & Facal lawyers. Since 2007. Advisor to the Chamber of Tourism since 2006. Advisor to AHRU (Association of Hotels and Restaurants of Uruguay). Advisor to ASARA (Association of car rental companies without chauffeur). Advisor to CHPE (Punta del Este Hotel Center). Advisor to the Real Estate Chamber of Maldonado. Member of the Legal Observatory of Tourism within the Ministry of Tourism and academic advisor to the Ministry of Tourism. He was recently designated as "Expert" by the World Tourism Organization and integrates the list of experts in tourism at world-wide level of the above mentioned organism being 3 designated by South America. Advisor to several commercial, industrial and service companies, many of them in the tourism sector: Airlines, Travel Agencies, River and Land Transportation and Hotels. 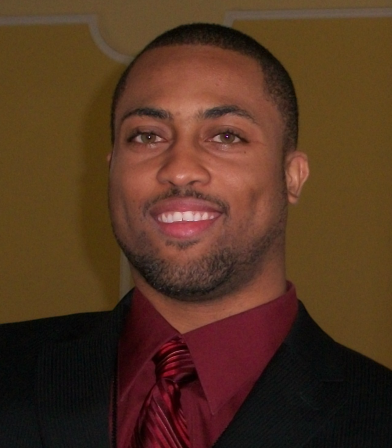 Kennedy has served both the public and private sectors, as well as development agencies charged with tourism enhancement across the Greater Caribbean. Mr. Pemberton has held the positions of Senior Youth Officer, Analyst, Tourism Consultant, and in 2019, he was recruited as Adviser - Trade and Sustainable Development, to the Association of Caribbean States (ACS).

Through his role at the ACS, Mr. Pemberton continues to promote regional engagements that position the Greater Caribbean as both a responsible and desirable destination region. His current work centres on the development and implementation of the ACS Sustainable Tourism Work Programme, driven by tourism stakeholder engagement, and project management in areas like tourism planning, visitor safety and security, community-based tourism and tourism resilience. 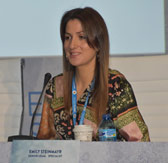 Ms. Emily Steinmayr is a legal professional with experience in the UN. Since 2017, she works for the Office of the Legal Counsel of UNWTO.

She acted as focal point and supported the special committee for the development of an International Code for the Protection of Tourists, which featured the unprecedented participation of 98 Full and Associate Members and 5 non-member States of UNWTO, as well as 20 observers from a diverse range of international organizations and private stakeholders. 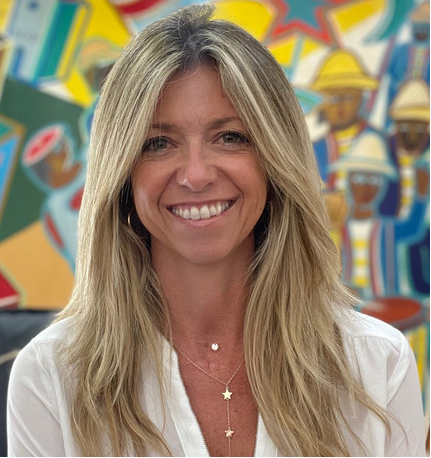 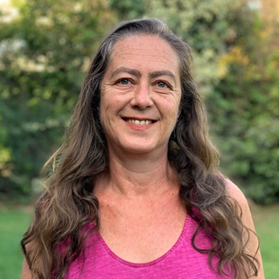 With more than 15 years of experience, she worked in management and administration of public and private entities, adding to this academic, research and teaching activities at the Faculty of Economics and Business of the University of Chile. During the last period her work has focused on the tourism industry, where she was, between 2018 -2022, the Manager of Planning and Studies at the Federation of Tourism Companies of Chile and also between 2014 and 2018 she was in charge of the Division of Studies and Territory of the Undersecretary of Tourism. 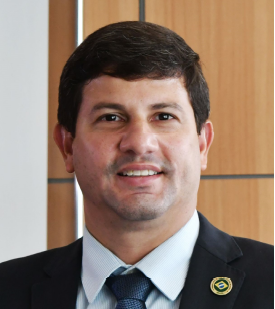 Carlos Alberto Gomes de Brito is graduated in business administration and administration with emphasis on marketing. He also holds an MBA in marketing and advertising. Carlos Brito has more than twenty years of experience in the administrative area acting as Executive Director in the private sector. During his career, he coordinated the areas of financial, technological, and human resources of various organizations. In 2019, he joined the Brazilian Institute of Tourism – EMBRATUR to work as the Director of Internal Management. With the transformation of EMBRATUR into the Brazilian Agency for International Tourism Promotion, he became the Director of Corporate Management and, later, the CEO of the entity. In April 2022, he took over as Minister of Tourism of the Brazilian government. 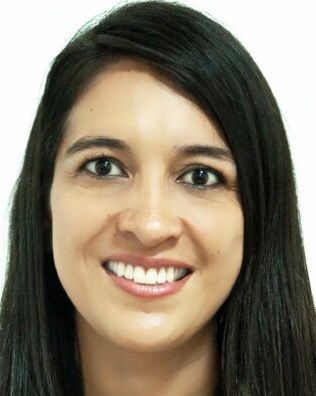 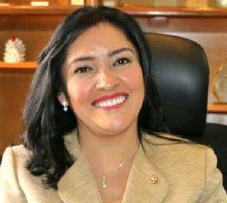 Professional in the field of tourism and public management with 31 years of experience at the National Secretariat of Tourism (SENATUR). Broad work experience in different hierarchical levels within SENATUR, from basic to headquarters and departmental coordination, since 1990.

Sofía Montiel has a Degree in Tourism Administration from the Technological University of Marketing and Development, with technical specialization in several areas of tourism in countries such as Japan, Republic of China (Taiwan) Bolivia, Chile and Brazil. Graduated in National Strategic Planning from the Instituto de Altos Strategic Studies - IAEE.

Experience in public-private articulation for development of territorial programmes.

Recognized by leaders of departmental and municipal governments, as well as, by private sector associations and organizations over the course of her career professional. 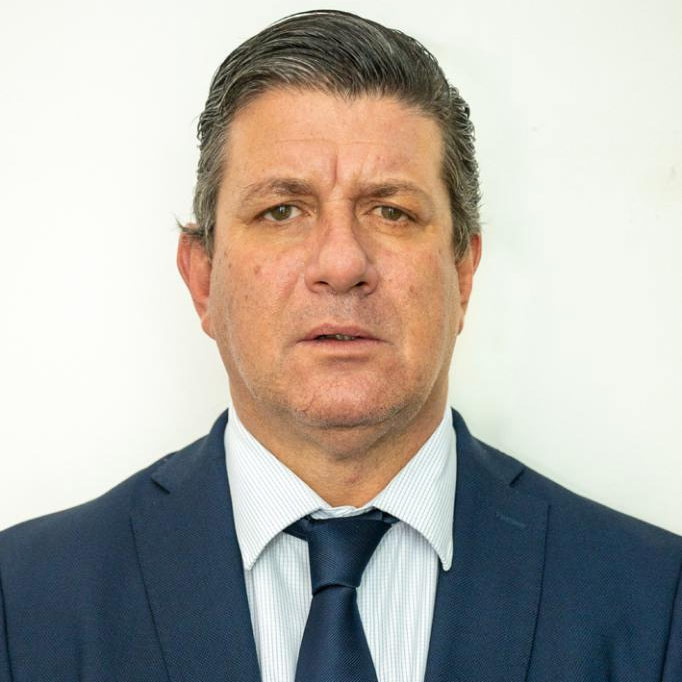 More than 25 years of practice as a lawyer. Former member of the Fiscal Commission of Hotel & Casino, in Punta del Este, Uruguay. Former legal advisor to companies in the tourism sector. Teaching Assistant Grade 2 in Criminal Law at the University of the Oriental Republic of Uruguay. Speaker at various academic events. Author and co-author of academic articles. 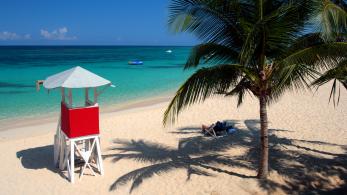 66th meeting of the UNWTO Regional Commission for the A... 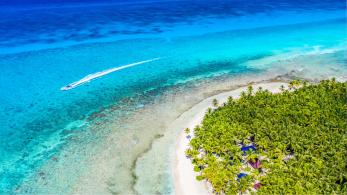 Meeting of the Ministers of Tourism of the Americas 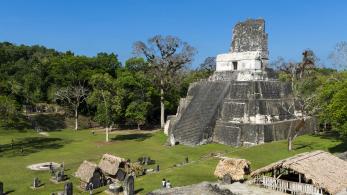 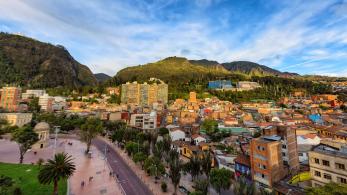 64th meeting of the Regional Commission for the Americas