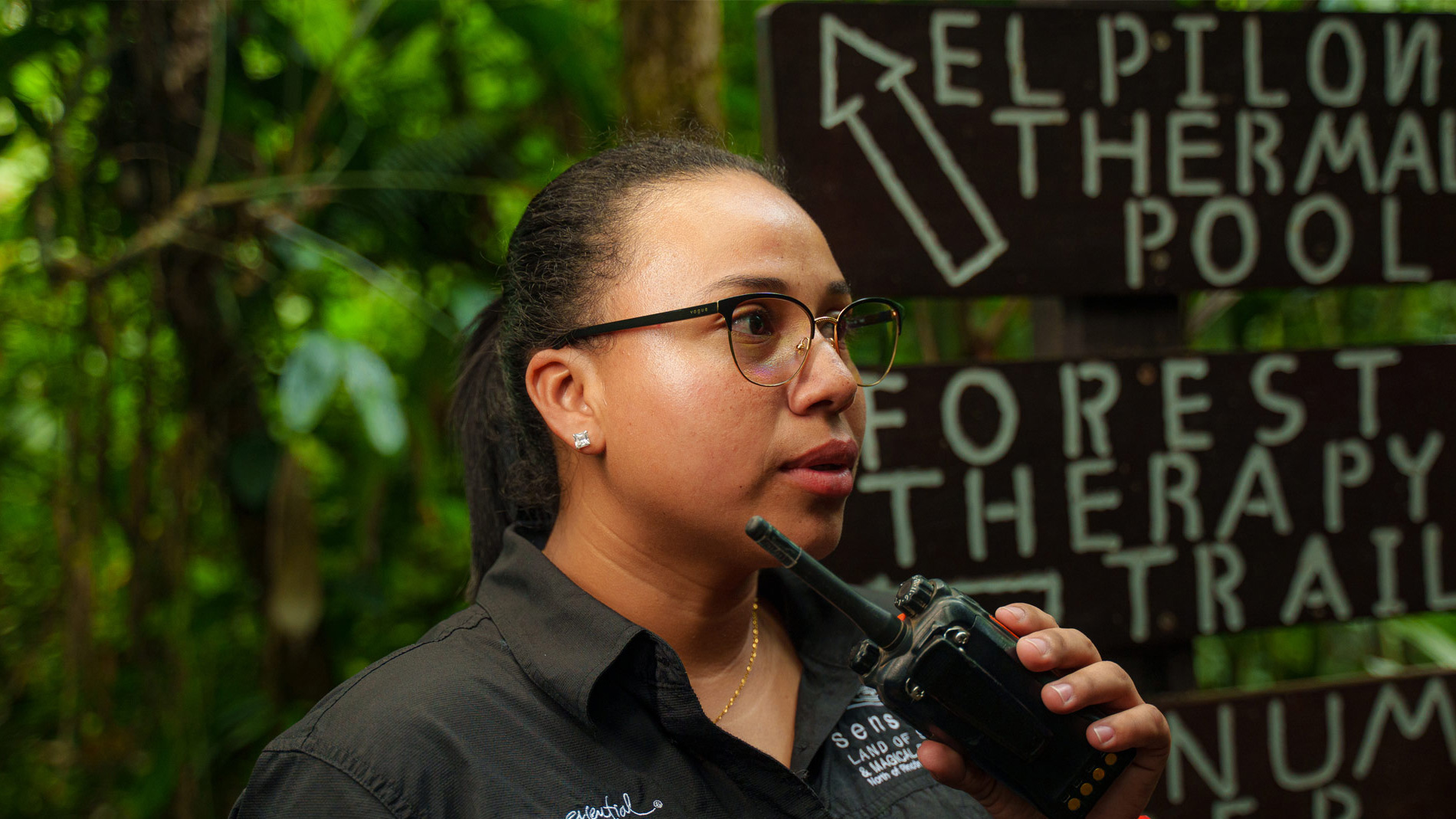 Webinar 'Violence against women in the tourism sector: breaking the taboo'

Within the framework of the project “Centre Stage: Women's Empowerment during the COVID-19 recovery' that UNWTO is implementing with the support of the German Federal Ministry for Economic Cooperation and Development (BMZ), Deutsche Gesellschaft für Internationale Zusammenarbeit (GIZ) and UN Women in Costa Rica, Dominican Republic, Jordan and Mexico, the project has carried out various actions to promote the empowerment of women in tourism and address gender inequalities accentuated after the pandemic.

As part of a global effort to generate mobilization and awareness regarding the importance of preventing and eliminating this violation of women's human rights, in 2000 the UN General Assembly adopted a resolution to designate November 25 as the International Day for the Elimination of Violence against Women, inviting governments, international organizations and NGOs to take up the matter and coordinate activities.

The webinar aims to provide an overview of the various manifestations of violence against women in tourism, to identify prevention and eradication actions that allow progress towards gender equality and empowerment”

The webinar is aimed at members and representatives of companies, national and local government authorities, cooperatives, international organizations and NGOs, as well as various actors operating in the tourism sector.

As part of the activities, sections will be presented with the participation of member states and international organizations, and a workshop focused on addressing violence against women in the sector will also be held. 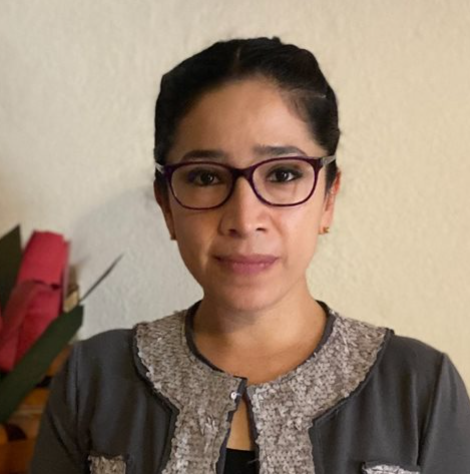 Graduated from the Sociology career of the Faculty of Political and Social Sciences of the National Autonomous University of Mexico. Training Director of Fundación Infantia A.C., a pioneering organization in Mexico specializing in the prevention of human trafficking in the travel and tourism sector. Graduate against Human Trafficking by the organization Fin de la Esclavitud A.C. in coordination with the United Nations Office on Drugs and Crime, the National Institute for Women. Certified trainer for the empowerment of women in the tourism sector, by the World Tourism Organization (UNWTO) 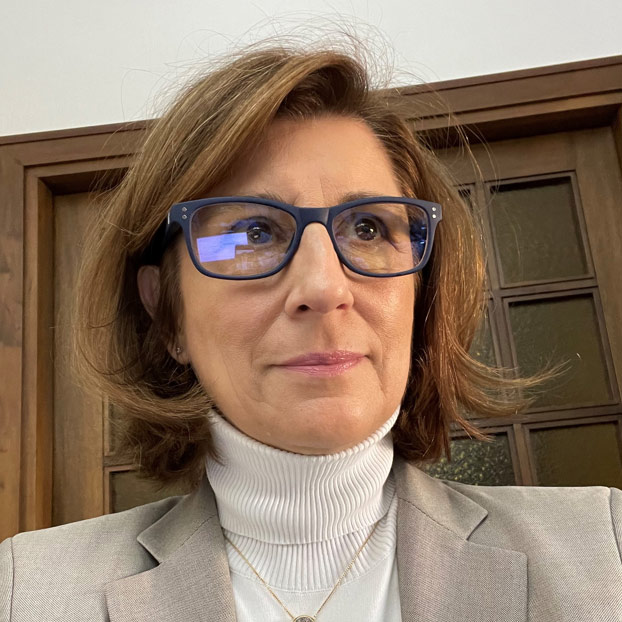 Marina is in charge of cultural tourism and social aspects related to tourism, in particular gender equality and women’s empowerment, accessibility for persons with disability, human rights, indigenous communities and corporate social responsibility. On gender equality and women’s empowerment, Marina was also the responsible for the release in 2019 of the second edition of the Global Report on Women in Tourism. In 2021 started the implementation of the Centre Stage project for “Women’s empowerment during the COVID-19 recovery” in four countries. 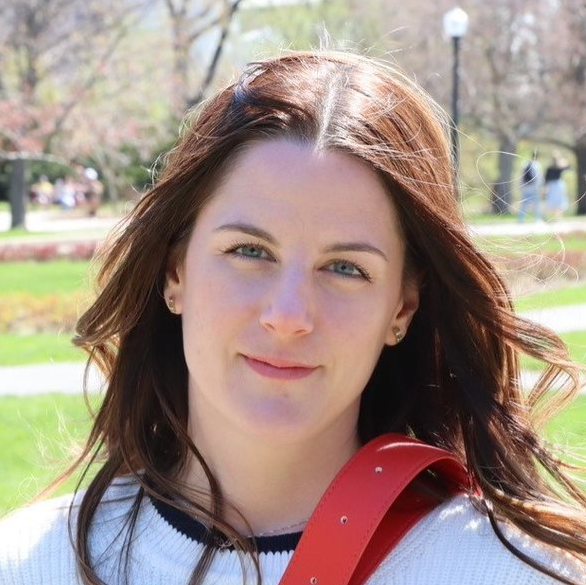 Prior to joining UN Women, Kathryn worked as Development Officer for Democratic Life at Concertation Montréal and is the former Executive Director of Women in Cities International (WICI). She has also worked as a global consultant on issues of gender, safety, public participation and urban development and governance. Kathryn has a successful history of developing and managing programmes in Canada and internationally and has effectively worked to broaden the understanding of women’s safety by bringing an intersectional approach to her work and by collaborating with different groups of women and girls to explore new related issues (accessibility, essential services, adolescence, etc.). 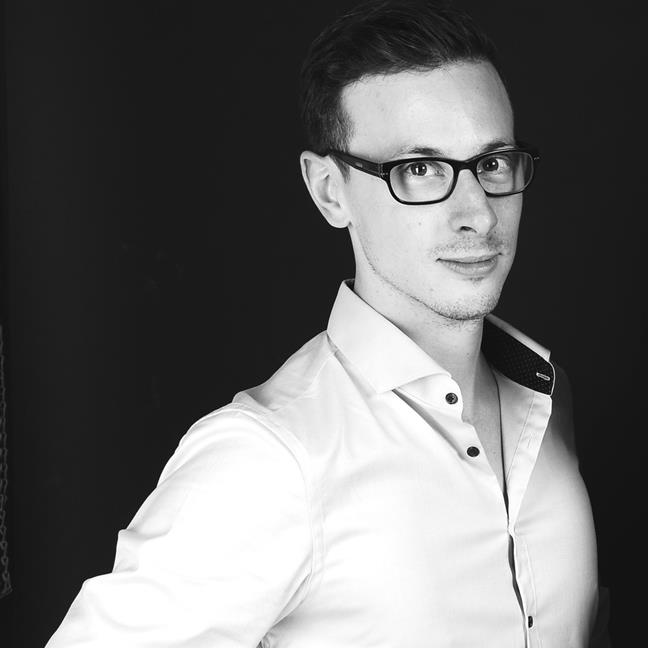 Felix Ruf is head of component sustainable development through tourism at the German Agency for International Cooperation, GIZ. Felix has been working in the field of private sector cooperation since 2018. The project seeks to drive forward the socio-ecological transformation of the tourism sector and leverage tourism as pacemaker for service sector development and job creator for better achieving the sustainable development goals. 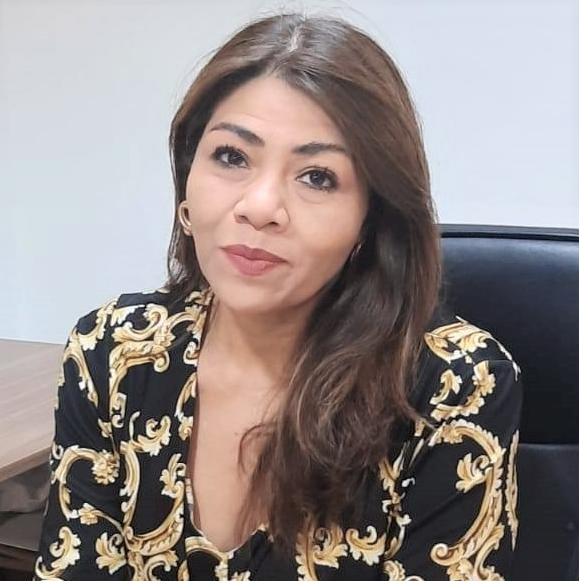 Claudia García Zaragoza has a degree in International Trade and is an Intern in International Relations. Currently, she is the Director of the Gender Equality Unit of the Secretary of Tourism of the Government of Mexico. She has designed and implemented projects to promote the competitiveness of the sector, the professionalization of tourism service providers, the prevention of violence, and the empowerment of women. She directs the Equality Committee, the Strategy for the Prevention of Trafficking and Exploitation of Persons, and represents Mexico in the Regional Action Group of the Americas, with 16 countries that fight against the sexual exploitation of children and adolescents in the tourism sector 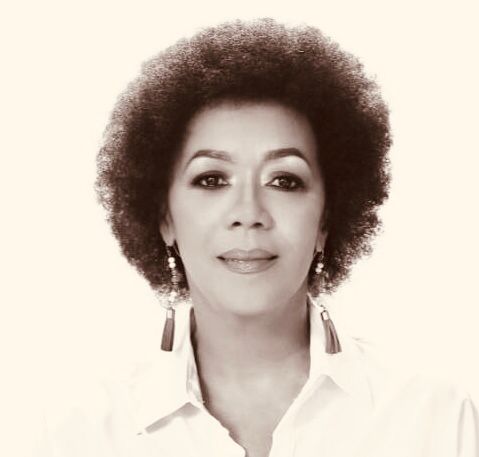 Born in 1958 in the city of Santo Domingo, passionate about psychology, communication and education, areas in which she has completed several bachelor's and master's degrees. Specialist in workplace bullying, positive psychology and human development. PhD student in clinical and health psychology. He has more than 20 years of experience in teaching and psychoeducation aimed especially at vulnerable groups. Currently, he shares his public functions with university teaching. Professionalism, empathy, respect and collaboration have been the values ​​that have accompanied him in his professional practice. 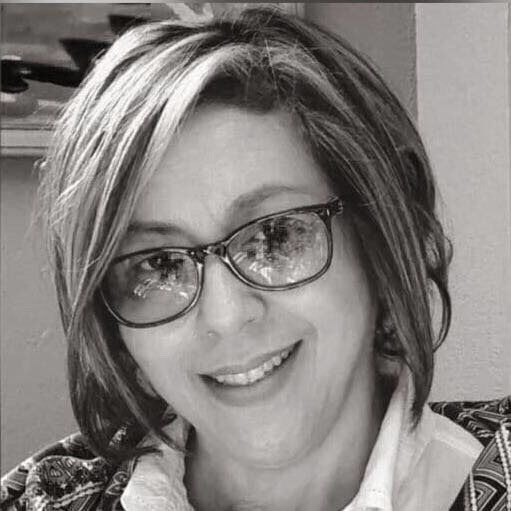 Recently, in the last 3 years, she has been working on gender issues, she is aware that both men and women have an important role and involvement in tourism processes and activities. He believes that women and their participation in this activity play an extremely important, active and key role. Consider that tourism is a driver of the inclusion and empowerment of women and works so that women achieve their incorporation into decision-making positions, their rights are respected, they are more successful and their role in the country's tourism activity is seen as opportunities for the development of tourism in the country. 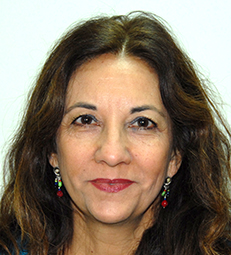 Acting as Programme Officer within the gender cluster of the International Labour Standards, Rights at Work and Gender Equality Programme of the International Training Centre of the ILO, Claudia is a gender equality, diversity and inclusion capacity development and social audits facilitator. With a degree in Political Sciences, specialization in international politics, She worked either in private and public sector in managing international projects, networks and capacity development initiatives with a special focus on Latin America. She also jointed the International Training Centre of the ILO in 2000 for designing, planning, implementing and evaluating international projects and training programmes initiatives. In 2004 obtained a Masters in Distance Learning at Bocconi University in Milan (Italy) carried out in collaboration with London University (UK). Her professional skills are mainly focused on development capacity building programmes and instructional design, training facilitation, web-based training, project design and management, international networking. Since 2015, she is a Certified Facilitator of ILO Participatory Gender Audits. 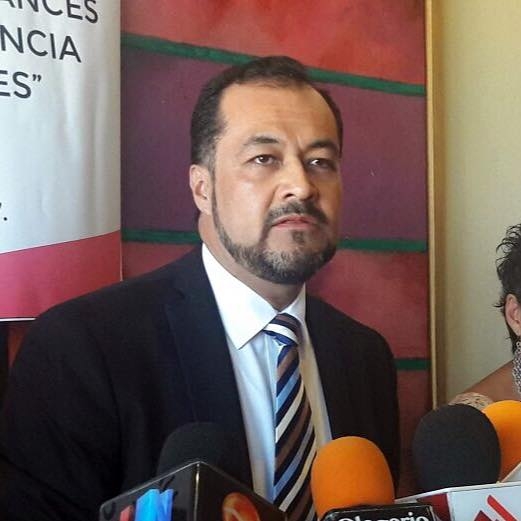 He holds a Master's degree in Human Rights and Democracy from the Latin American Faculty of Social Sciences (FLACSO Mexico), he has different degrees of specialty in issues of human rights protection, justice, gender, harassment prevention and sexual harassment, violence against women, femicide and human trafficking by American University Washington, the University of Texas Law School, the Inter-American Institute of Human Rights and various organizations belonging to the United Nations System, among others. He currently works as an advisor and consultant at the National Polytechnic Institute in Mexico. 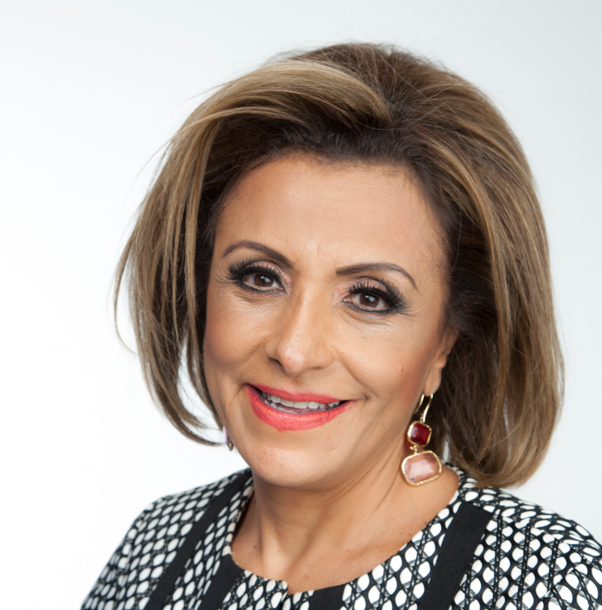 Graduated in Tourism Relations, graduated from the Intercontinental University, and graduated in foreign languages, from the Motolinía del Pedregal University, with a Postgraduate in Leadership, at the Professional Development Center of Harvard University. General Director and Founding Partner of Consolid México Holding and in En BodegaT: Current President of the Mexican Group of Associations of Travel Agencies and Tourism Companies, A.C. (GMA), National Director of Tourism in the Mexican Association of Women Heads of Companies, AC (AMMJE), National Coordinator of the Advisory Council of the National Parliament of Professionals, A.C. (PANAPROAC). Judith has been awarded nationally and internationally by various organizations such as IATA (International Air Transport Association). Forbes magazine recognized her as one of the most powerful women in Mexico, she has also been distinguished in the same parameters by The Business Year and Executive Woman magazines. 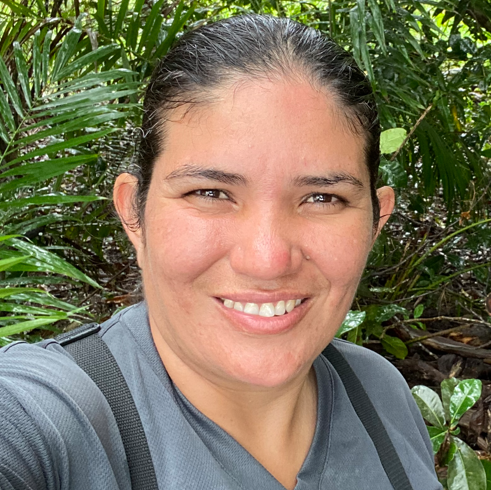 Karen is the first person in her family to venture to work in tourism, thus becoming one of the first tourist guides at Manuel Antonio National Park, she has been performing this role for 18 years, and is currently the president of an association of certified tourist guides, in Quepos. As a woman, it has been quite a challenge to position herself in an economic activity that has been developed mainly by men over time, however, in recent years more women have become empowered and have been able to support their homes thanks to tourism. 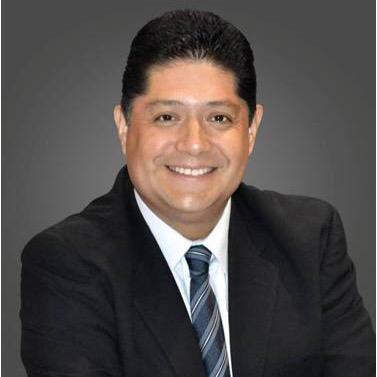 Graduate in Human Resources Administration and Master in Strategic Administration of Human Capital from the Latin American Technological University. With more than 30 years of experience in the tourism industry, Mr. Bolio is Corporate Director of Human Resources and Information Technologies and Director of the Foundation at Grupo Brisas, a hotel chain in Mexico that offers a wide range of products and services luxury. He has a Master's in new educational technologies from the University of Alicante, a Master's in Hospitality Management from Cornell University and different specialty degrees from international universities such as Washington State University, among others. 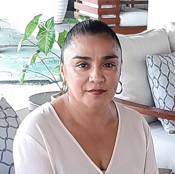 Born in Mexico, she has studied Chiromassage, Cosmeatr and massage therapy. In addition, she is an internationally certified professional beautician-stylist. Corporate Spa Advisor ProHotels Internacional, currently in charge of the COCONUT WHISPERS SPA project at Sublime Samaná hotel. She counts with 27 years of experience in the field, being descendant of indigenous Mayan grandparents and an esthetician mother specialized in cosmetologist and naturopathic medicine. In 2011, she arrived to Dominican Republic to collaborate in the Casa Bonita project, Barahona. In 2015 she joined Sublime Samaná. Since then, she has been a trainer of women, helping them to develop profesionally, passing on her knowledge and providing them tools to start new professional paths and even their own businesses in the area of ​bien-être. 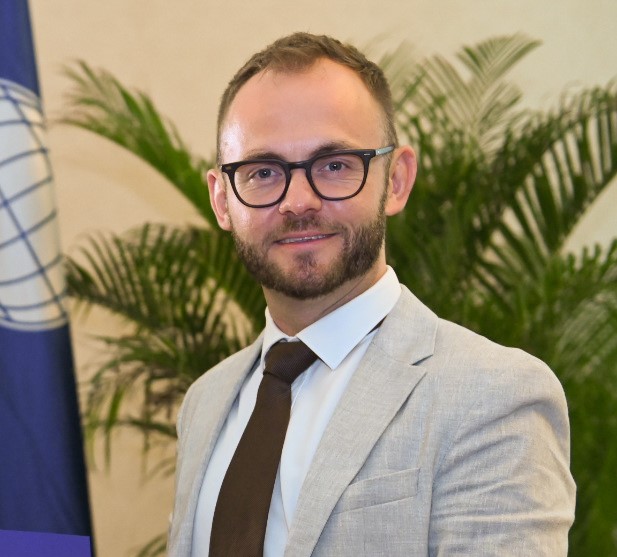 Ben is a project manager working in UNWTO’s Ethics Culture and Social Responsibility department. Having previously coordinated the Global Report on Women in Tourism, Second Edition, Ben spearheaded the development of the Centre Stage project and is responsible for gender equality initiatives within UNWTO. Ben has extensive experience working on equality projects and initiatives affecting a wide range of disadvantaged groups. Before joining UNWTO, Ben worked at the European Parliament on the Transport and Tourism Committee and the Women’s Rights and Gender Equality Committee. Ben has a BA Hons in International Relations from the University of Leeds. 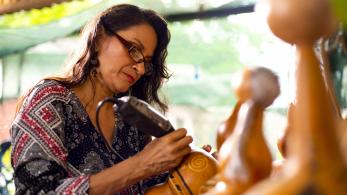 Workshop 'Businesswomen that make an impact in Costa Ri...