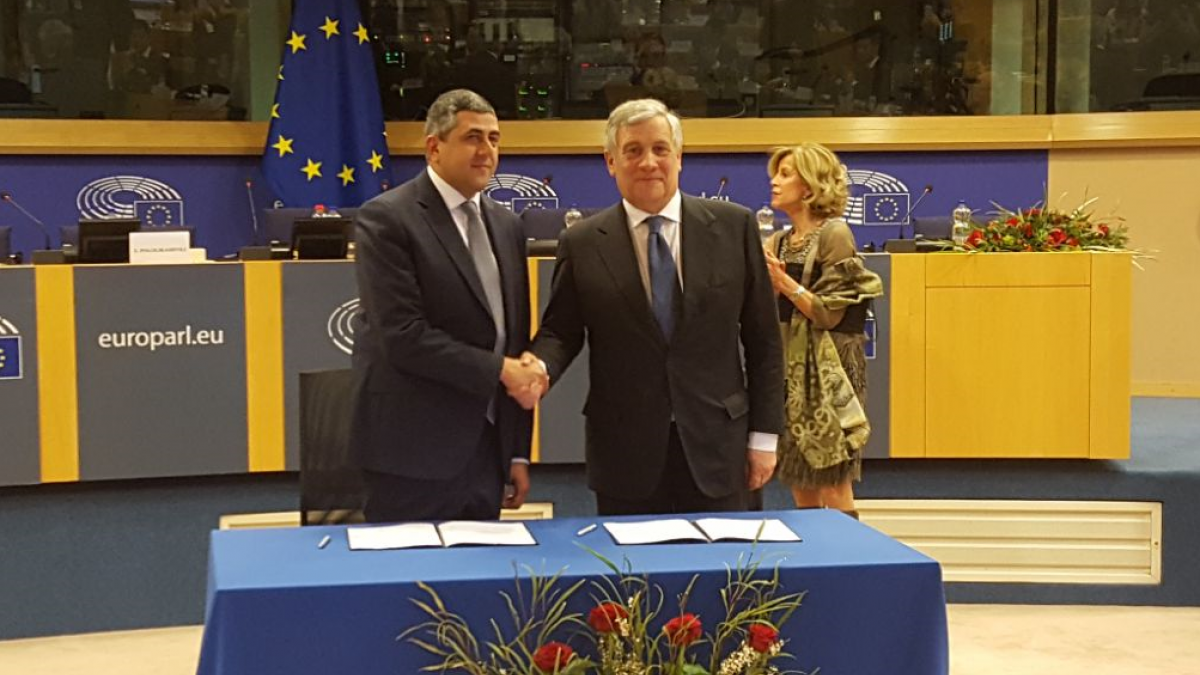 Brussels, Belgium, 28 February 2018 - Advancing sustainable tourism across Europe is at the centre of an agreement signed today between the World Tourism Organization (UNWTO) and the European Parliament. During his first official visit to Brussels (27-28 February), UNWTO Secretary-General, Zurab Pololikashvili, met with the President of the European Parliament, Antonio Tajani, the European Commissioner for Internal Market, Industry, Entrepreneurship and SMEs, Elżbieta Bieńkowska as well as the Vice-Chair of the Committee on Transport and Tourism and Responsible for the Tourism Task Force, Istvan Ujhelyi and the representatives of the European Tourism Manifesto. Addressing the Tourism Task Force of the European Parliament Mr. Pololikashvili highlighted the need to enhance integration, connectivity and technology to maximize the role of tourism in creating jobs and stimulating growth in the European Union (EU).

Europe is the world’s leading tourism destination receiving half of the world’s 1.3 billion international arrivals. In 2017, international tourism in Europe grew 8%, one percentage point above the world average, totalling 671 million tourists.

During the signing of the agreement, Mr. Pololikashvili stressed how “the best way to ensure tourism’s positive impact for its people is by working closely with the European Parliament as the representative of the people of Europe”. “Today we are becoming stronger partners in our work to make tourism, and cultural tourism in particular, a driver of prosperity, opportunity, and better livelihoods across the EU”, he added.

UNWTO and the EU Parliament will work on promoting good practices and the sharing of knowledge and experiences on the ground. The agreement coincides with 2018 as the European Year of Cultural Heritage and is an opportunity to highlight the relevance of cultural tourism, which is an outstanding travel asset in the EU countries.

“Over the next 10 years, tourism can create more than 5 million new jobs, not least because the number of tourists is set to double to more than 2 billion. Europe must not let this opportunity pass by. Through the growth of tourism, we can offer real prospects for the new generations and boost strategic sectors of the economy, such as transport, trade, luxury goods, shipbuilding, construction, agri-foodstuffs and the cultural and creative industries” said Antonio Tajani. “We can’t just wait for this to happen by itself. We must work, including with UNWTO, to improve our competitiveness and our skills, to face the challenges of digitalisation and to promote Europe as the world’s number one tourist destination”, he added

The UNWTO Secretary-General met with the European Commissioner for Internal Market, Industry, Entrepreneurship and SMEs, Elżbieta Bieńkowska and exchanged views with the members of the Tourism Task Force of the European Parliament and with the public and private stakeholders assembled around the European Tourism Manifesto.

On the occasion, UNWTO Secretary-General stressed the importance of working in collaboration with the European institutions on key priorities: sustainability; innovation and technology; safety and security; and education and job creation.

Addressing the EU–China Tourism Year Parliamentary Day, which celebrated the EU-China Tourism Year, Mr. Pololikashvili said “This year comes as an opportunity to make Europe the best global destination for Chinese tourists and to use tourism to increase understanding between Europe and China”.

According to the European Travel Commission, 12.4 million Chinese tourists visited the EU in 2017. With an average above one million per month and considering the prospects of growth, the impact of Chinese tourists on EU tourism is relevant factor for European tourism development and bilateral relations with China. 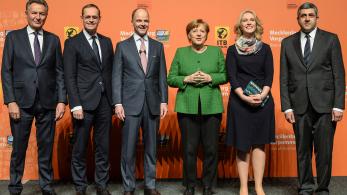 Tourism can and should lead sustainable development: UN...