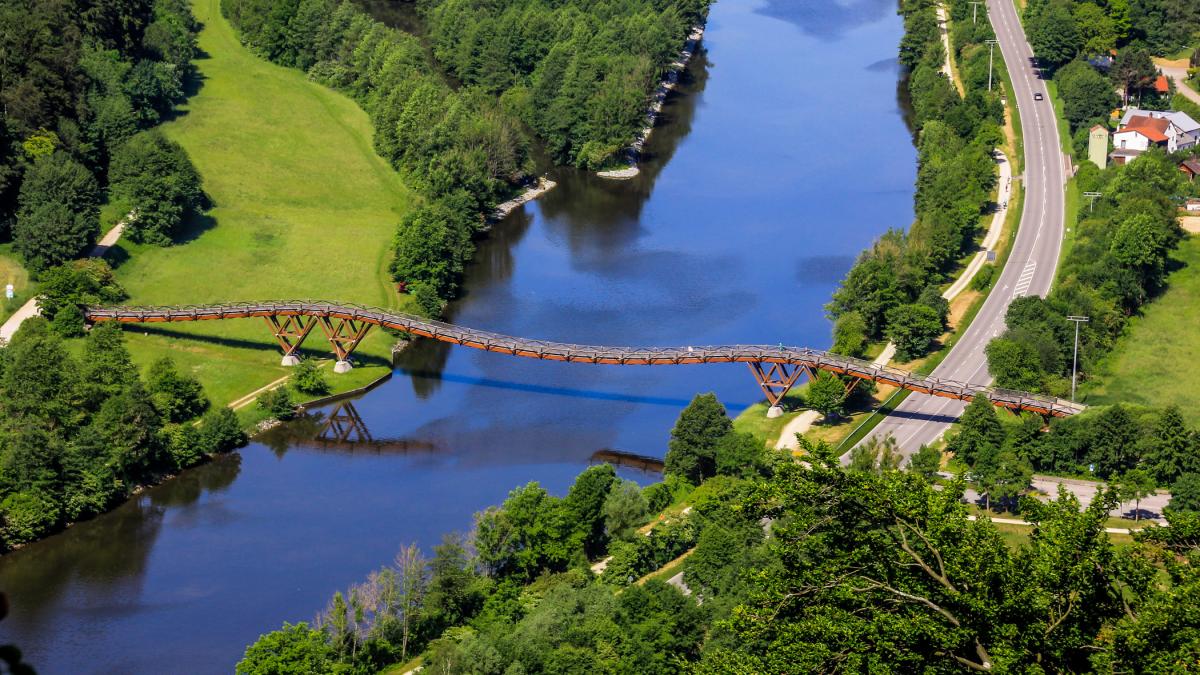 The European Union is a unique economic and political union between 27 EU countries that together cover much of the continent. The predecessor of the EU was created in the aftermath of the Second World War. The first steps were to foster economic cooperation: the idea being that countries that trade with one another become economically interdependent and so more likely to avoid conflict. What began as a purely economic union has evolved into an organization spanning policy areas, from climate, environment and health to external relations and security, justice and migration. The name changed from the European Economic Community (EEC) to the European Union (EU) in 1993 to reflect the broader scope of policies.

The Regional Department for Europe established a multi-layered collaboration with various institutions of the EU, including the European Commission, European Parliament, European Council and the Committee of the Regions, to promote common goals in the fields of tourism, transport, environment, rural development, youth and others.

The collaboration focuses primarily on the promotion of the sustainable development, preservation of heritage, international understanding and the role of other cultural itineraries through the Cultural Routes of the Council of Europe.

The Food and Agriculture Organization (FAO) is a specialized agency of the United Nations that leads international efforts to defeat hunger. Their goal is to achieve food security for all and make sure that people have regular access to enough high-quality food to lead active, healthy lives. With over 194 member states, FAO works in over 130 countries worldwide.

In 2020, the two specialized agencies initiated a close collaboration that aims to increase the resilience of rural communities against social and economic shocks through growing tourism and making it both more sustainable and inclusive. Across the FAO’s GIAHS (Globally Important Agricultural Heritage Systems) network of communities, tourism is a leading driver of equality, with the sector employing women and youth and giving them a stake in economic growth.

The United Nations team brings together 27 specialised agencies, funds and programmes spanning the development, humanitarian and human rights work of the UN. The Director of the UN Office in Brussels is the representative of the UN Secretary-General to the European Union institutions. The team works to build understanding and support for UN system activities within the EU institutions and amongst a wider public in Europe.

Although located outside of Brussels, UNWTO is involved in the coordination meetings of the group and contributes to the joint representation of the UN family in the EU institutions.

The Black Sea Economic Cooperation (BSEC) came into existence as a unique and promising model of multilateral political and economic initiative with the signing of the Istanbul Summit Declaration and the Bosporus Statement. In 1999, BSEC acquired international legal identity and was transformed into a full-fledged regional economic organization - the Organization of the Black Sea Economic Cooperation.

In 2014, the two organizations concluded a Memorandum of Understanding, making UNWTO a BSEC Sectoral Dialogue Partner.

In 2020, UNWTO and Expedia signed a Memorandum of Understanding that will see both parties share data on tourism trends and developments, both at the global and the local scale. This will help inform decision-making, producing data-based policies aimed a tourism’s sustainable recovery post COVID-19 and future development.

Giffoni International Film Festival is one of the most well-known children's film festivals in the world. It takes place in the Italian town of Giffoni Valle Piana, Southern Italy, close to Salerno and Naples. Every year over 2,000 children attend the festival from several countries around the world. During the festival, children and teenagers watch the movies, learn about the filmmaking process, and are called to judge them and award the best ones with prizes.

As the festival celebrates its 50th anniversary in 2021, it joins forces with UNWTO to design and host the first Global Youth Tourism Summit, a new series of events that will give children and youth an opportunity to learn about sustainable tourism and a platform to voice their own vision about the future of tourism.