Committee on Tourism and Sustainability (CTS)

The Committee on Tourism and Sustainability (CTS) was established, with the aim of replacing the former Sustainable Development of Tourism Committee (SDTC), at the 95th session of the Executive Council (Belgrade, Serbia, May 2013) (CE/DEC/7(XCV). Its Rules of Procedure (CE/96/2(i)) were approved by the Council at its 96th session (Victoria Falls, Zimbabwe, August 2013) (CE/DEC/9(XCVI).

Members of the CTS

Representative of the Associate Members (2021-2023): Flanders

The meetings of the committee are usually convened by teleconference. However, in-person meetings are regularly conducted on the occasion of UNWTO´s General Assembly as well as public meetings with invited experts.

The in-person meeting, held under the Chairmanship of Egypt, counted on the participation of representatives from Algeria, Angola, Bhutan, Croatia, Egypt, El Salvador, Philippines, Serbia and Flanders.

A handover for the second mandate (2021-2023) for the chairmanship and vice-chairmanship of the Committee took place as follows:

The Members of the Committee thank the outgoing Chair, Egypt and the outgoing Vice-Chair, Serbia, for the services during the period 2020-2021.

The 14th meeting of the CTS which took place virtually on the 7th of July 2020 was dedicated exclusively to the report that the Secretariat is preparing in response to the new request made to UNWTO by the United Nations General Assembly, to collaborate with the Secretary-General on the submission of a report to the seventy-fifth session of the UNGA, on the implementation of the UN GA Resolution 73/245, Promotion of sustainable tourism, including ecotourism, for poverty eradication and environment protection including recommendations on ways and means to promote sustainable tourism, including ecotourism, as a tool for fighting poverty and promoting sustainable development in its three dimensions - economic, social and environmental - in a balanced and integrated manner

The meeting, held under the Chairmanship of Jordan counted with the participation of representatives from Algeria, Angola, Bhutan, Croatia, Jordan, Philippines, Serbia and Flanders, focussed on discussing the draft report prepared by the Secretariat and provided CTS Members’ regional views to further include them in the final version of the report.

Furthermore, the Committee Members decided to engage through their respective Country Missions in New York in the development and sponsorship of the subsequent UNGA resolution to be formulated later this autumn. 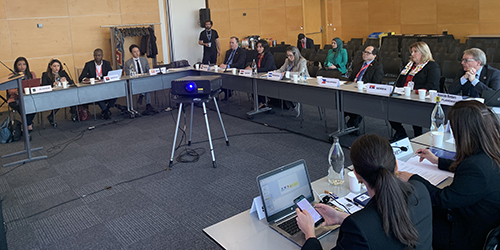 The thirteenth meeting of the CTS was held on 23 January 2020, in Madrid (Spain), within the framework of the FITUR International Tourism Fair. Eight of the nine States members of the Committee participated in the meeting, namely: Algeria, Angola, Bhutan, Croatia, Egypt, Honduras, Philippines, Serbia and Flanders as representative of the UNWTO Associate Members.

The CTS members unanimously accepted the proposed candidatures for the chairmanship and vice-chairmanship of the Committee, as follows:

The Secretariat outlined the preparations underway for the preparation of the report on “Promotion of sustainable tourism, including ecotourism, for poverty eradication and environment protection” based on the UNGA Resolution 73/245, including the expected timings for the survey and submission of the report and encouraged the Member States to use this opportunity to address issues of relevance for the tourism sector in this important document.

Based on the proposal of the CTS Members, Egypt kindly accepted to host the next in person meeting in Egypt at a place and date to be decided in coordination with the Secretariat. 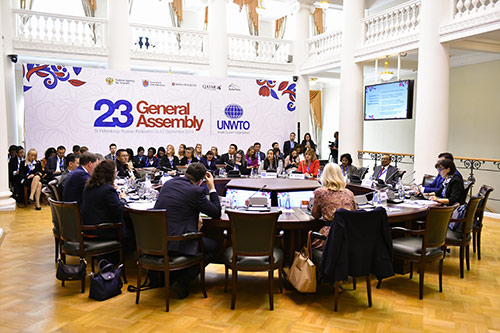 The 12th meeting of the CTS took place on the occasion of UNWTO’s 23rd General Assembly. The meeting’s agenda included updates on the Secretariat’s work on the Baseline Report on the integration of sustainable consumption and production into tourism policies and the implementation of sustainable tourism policies through the International Network of Sustainable Tourism Observatories (INSTO) of UNWTO. In addition, the Secretariat shared the results of the UNWTO/International Transport Forum (ITF) research on the transportation related CO2 emissions of the tourism sector as well as UNWTO’s role in CBD’s Informal Advisory Group on Mainstreaming Biodiversity Contribution. 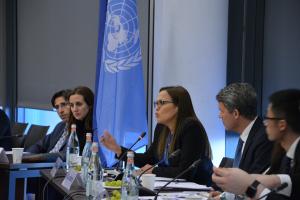 The 11th CTS public meeting, which took place in the framework of the FITUR, focused on the follow-up and way forward on the International Year of Sustainable Tourism for Development celebrated in 2017, discussed the preparation process towards the 2018 High-level political forum on sustainable development, addressed the integration of sustainable consumption and production (SCP) into national tourism policies and reviewed the key milestones of the report on the Promotion of sustainable tourism, including ecotourism, for poverty eradication and environment protection to be submitted to the General Assembly of the United Nations at its 72nd meeting in accordance with Assembly resolution 67/223. It counted with the participation of representatives from China, Colombia, Lithuania, Mexico and SEGITTUR (Spain), as members of the CTS and invited experts. 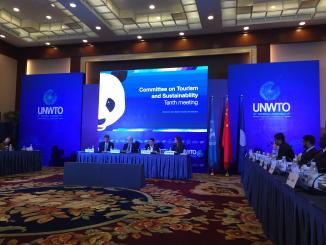 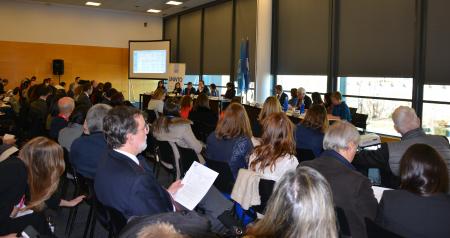 The 8th CTS meeting which took place on the occasion of the Official Opening of the International Year of Sustainable Tourism for Development in the framework of FITUR used the format of a public meeting to show cast the consultative process  and discussed both elements of strategic importance to sustainable development, planning and measurement. It counted with the participation of representatives from China, Colombia, Lithuania, Mexico, Morocco, Peru, IYHF and SEGITTUR (Spain), as members of the CTS and invited experts. 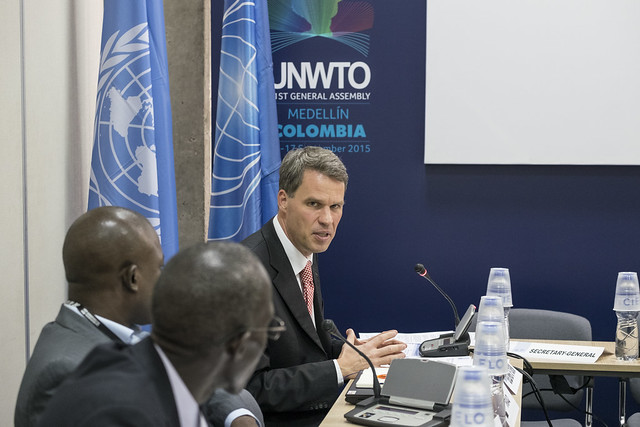 The 5th meeting of the CTS was held in the framework of the 21st session of the UNWTO General Assembly. During the meeting the new elected members of the CTS for the period 2015-2019 were introduced to the committee.