Vanuatu holds the flag of SDGs high through plastic ban 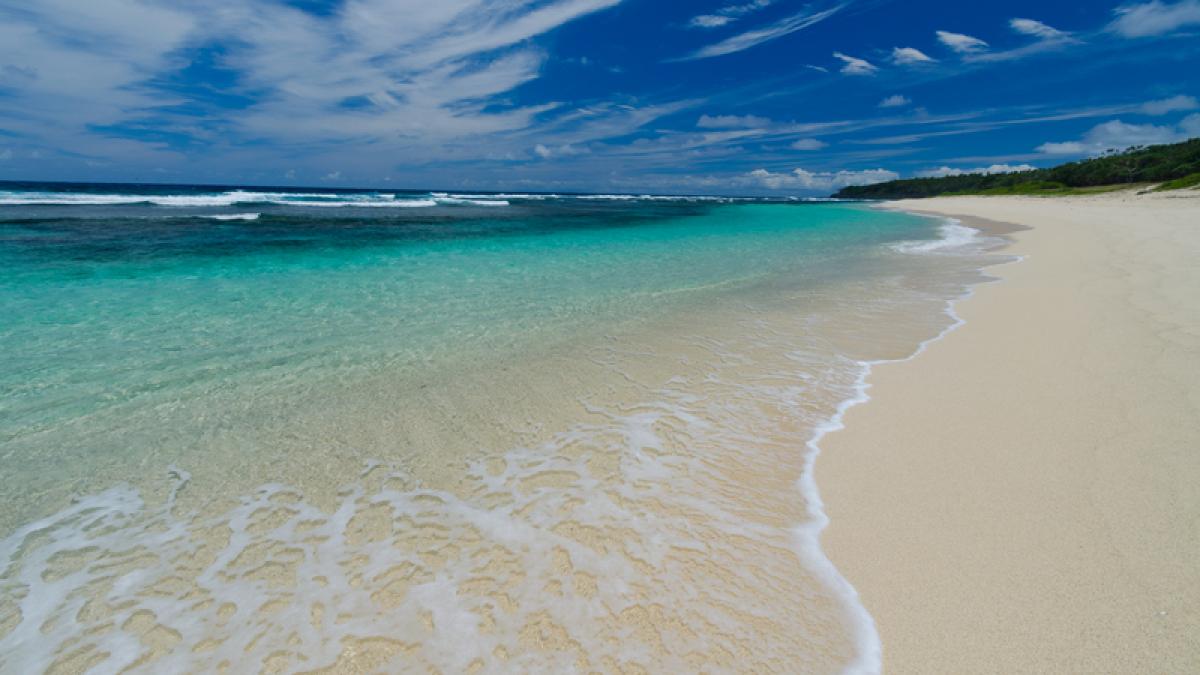 Vanuatu, one of UNWTO’s key member States in the Pacific has recently made history by becoming the first nation in the world to ban the use, manufacture and importation of drinking straws, polystyrene takeaway boxes and single use plastic bags.

This historic initiative is in line with the 10-Year Framework of Programmes on Sustainable Consumption and Production (10YFP) which as of February 2018 has been rebranded as One Planet network - a collaborative platform, that brings together existing initiatives and partnerships and facilitates new projects and activities to accelerate the shift towards sustainable consumption and production (SCP) in tourism in both developed and developing countries.

According to the UN Environment, Sustainable Consumption and Production (SCP) is about inter alia, producing less waste and pollution and sustainable practices for the industry as well as consumers. Resolution 66/288 of the United Nations General Assembly reaffirmed that the promotion of SCP is among the general objectives and essential requirements for sustainable development and is essential to achieve fundamental changes in the way societies consume and produce, to achieve global sustainable development.

It is in light of this that Vanuatu’s complete ban of the use of plastic on its islands becomes a great achievement with global significance. Together with other Pacific nations, Vanuatu has also committed to banning imports of products containing plastic micro-beads - the first steps towards the complete ban of all plastic including plastic bottles.

The global importance of plastic pollution of the oceans rests on its devastating effects on the environment and the threat it poses to food security as well as the health and wellbeing of people of all nations. For example, heavy metals and other toxic components attached to pieces of plastic in the Oceans are being eaten by tuna and other kinds of fish and marine animals that are being caught and exported without checking their toxicity levels. Moreover, the burning of plastic bags releases dioxin – a chemical that affects the human immune system and is associated with causing cancer.

Consequently, the legislation regulating this historical ban was introduced by the joint effort of the Government and the people of Vanuatu when the citizens started the ‘No plastic bag, plis’ campaign and presented a petition with almost 2000 signatures expressing their support to the new law.

Presently, Vanuatu is also working together with the Secretariat of the Pacific Regional Environmental Programme (SPREP) on a communication strategy and an implementation plan regarding the plastic ban that will benefit not only Vanuatu but the whole Pacific region.

On a global level, and with the financial support of United Kingdom, Vanuatu leads the Commonwealth Clean Oceans Alliance (CCOA) – an initiative that has already attracted the interest of Sri Lanka, New Zealand and Ghana. The main aim of CCOA is to work together to stop more plastic ending up in the Oceans by introducing various initiatives and boosting global research on the matter - including preventing plastic and other environmental pollution from being manufactured in developing countries.

Vanuatu’s drastic move of completely banning the use of plastic is not without some challenges stemming from its condition as an island nation and the economic unviability of recycling. Yet Vanuatu is determined to look for sustainable solutions to the issue of plastic pollution and has made it an integral part of its National Ocean Policy.

One of these sustainable solutions includes the re-discovery of traditional practices deeply rooted in the culture of Vanuatu such as the baskets woven by the ‘Mamas of Vanuatu’. These baskets are both sustainable and beautiful and the art of making them is a great way of showing elements of Vanuatuan culture to tourists and, in many cases, teaching them how to implement similar solutions at home.

The making of these traditional bags and baskets as well as the use of natural and perennial plant-based materials to create cutlery, plates and other food containers creates jobs, while opening doors for more creativity and innovative ways of looking at waste management to prevent plastic and other waste from ending up in the Ocean.

The people of Vanuatu are proud to share the beauty of their culture and their commitment to sustainable tourism with visitors to their islands; and the plastic ban is one way of fostering this as it does not only protect the terrestrial and marine environment but also makes it possible for tourists to feel more responsible and engaged in the country’s traditional and sustainable ways.

All things considered, Vanuatu’s plastic banning initiative exemplifies a strong advocacy of the achievement of the 17 SDGs and the 2030 agenda for sustainable development and beyond. This is because its implementation is closely linked to SDG12 (ensuring sustainable consumption and production patterns), with the potential to advance other SDGs as well (among them SDG8 which focuses on decent work and economic growth, or SDGs14 and SDG15 on marine and terrestrial resources).