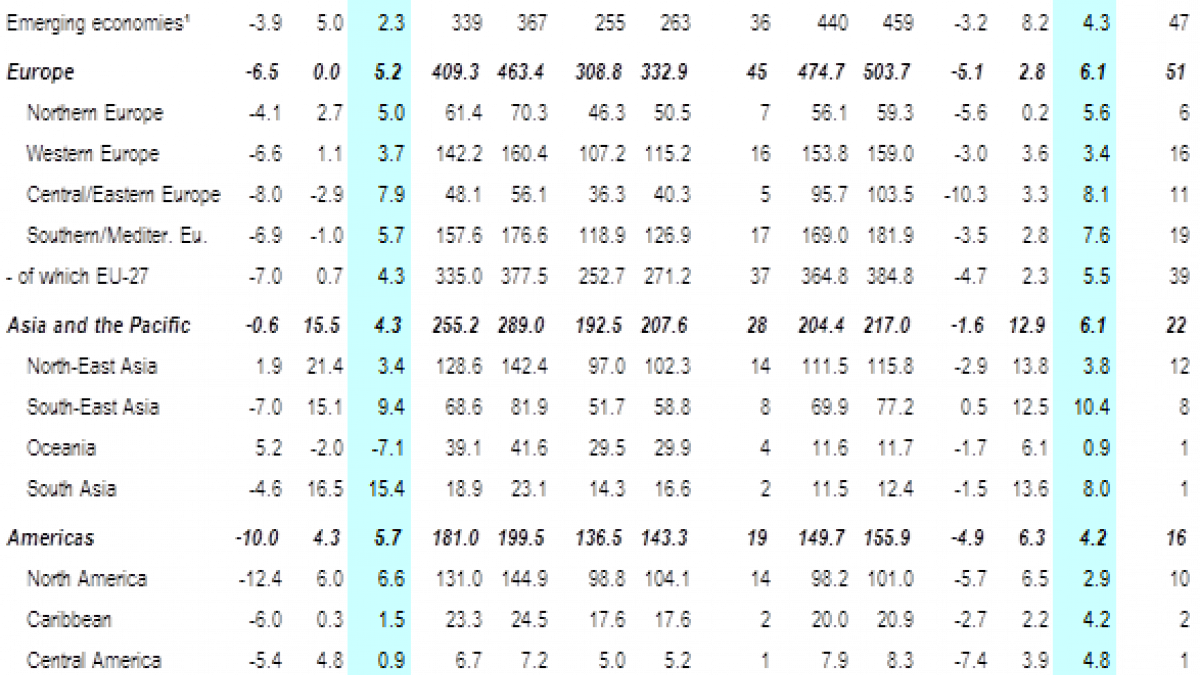 According to the latest UNWTO World Tourism Barometer, international tourism receipts continued to recover from the losses of crisis year 2009 and hit new records in most destinations, reaching an estimated US$ 1,030 billion (euro 740 billion) worldwide, up from US$ 928 billion (euro 700 billion) in 2010. In real terms (adjusted for exchange rate fluctuations and inflation), international tourism receipts grew by 3.8%, while international tourist arrivals increased by 4.6% in 2011 to 982 million. This confirms the close correlation between both indicators, with growth of receipts tending to lag slightly behind growth of arrivals in times of economic constraints.

“These are encouraging results,” said UNWTO Secretary-General, Taleb Rifai. “The past two years have shown healthy demand for international tourism out of many markets, even though economic recovery has been uneven. This is particularly important news for countries facing fiscal pressure and weak domestic consumption, where international tourism, a key export and a labour intensive activity, is increasingly strategic to balancing external deficits and stimulating employment.”

“We trust that governments worldwide will progressively recognize this and engage in measures that support tourism including fairer tax policies and the facilitation of visas and travellers’ movements, as these have proven to stimulate economic growth and job creation,” he added.

As a result, international tourism (travel and passenger transport) currently accounts for 30% of the world’s exports of services and 6% of overall exports of goods and services. As a worldwide export category, tourism ranks fourth after fuels, chemicals and food, while ranking first in many developing countries.

Strong growth in international tourism expenditure from the BRIC countries

Increases in receipts in emerging and advanced economy destinations alike