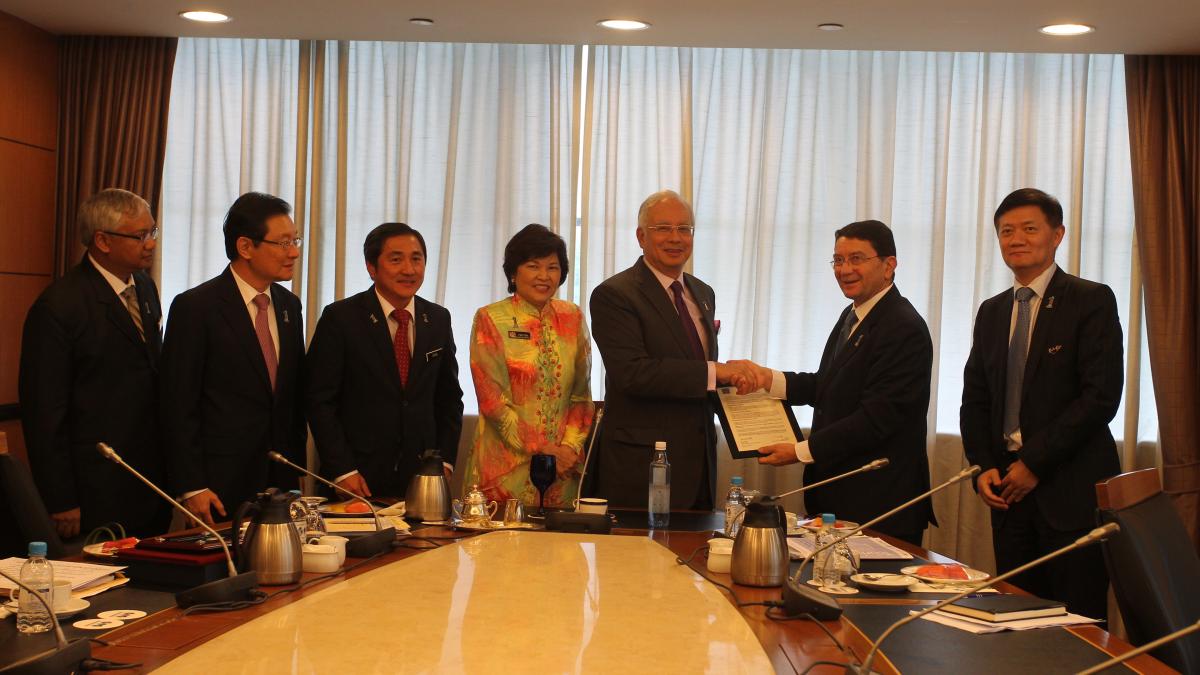 Tourism has been named as one of twelve National Key Economic Areas at the center of Malaysia’s efforts to transform into a high-income nation by 2020, explained the Prime Minister on receiving an Open Letter from UNWTO Secretary-General, Taleb Rifai, on the importance of Travel & Tourism.

The Prime Minister spoke of the importance afforded to the tourism sector by the Malaysian Government, in particular to the principles of sustainability, diversification and the rejuvenation of mature destinations such as Langkawi and Penang. The Prime Minister assured Mr. Rifai he would work to “become an ambassador for world tourism”.

“Malaysia has clearly recognized tourism as a powerful driver of economic growth, as set out in the country’s Economic Transformation Programme,” said Mr. Rifai in his meeting with the Prime Minister.

“By specifically targeting tourism, the Government is providing the sector the support it needs to contribute to Malaysia’s medium-term growth. Joining the Global Leaders for Tourism Campaign is a further show of this commitment to growth and development through tourism,” he added.

David Scowsill, President & CEO of the World Travel & Tourism Council (WTTC) said: “The importance of Travel & Tourism as a driver of Malaysia’s economy is clear. Travel &Tourism makes a contribution of 5% or MYR124.7 billion of GDP in 2011 to the Malaysian economy and supports 1.6 million jobs or 13.8% of total employment.

The strong message of support for the industry embodied in today’s acceptance of the Open Letter shows the government’s commitment to realizing Travel & Tourism’s potential to create jobs, generate exports and stimulate investment”.

“Tourism preserves, conserves and protects Mother Nature,” said the Minister of Tourism Dato’ Sri Dr. Ng Yen Yen during a press conference alongside Mr. Rifai. The Minister stressed Malaysia’s commitment to the green agenda of tourism development and its aspirations to take a leading role in showcasing good practices, such as Sipadan Island, in terms of environmental protection and sound waste management through tourism.

“The Malaysia Truly Asia slogan has become an example of successful tourism marketing for other destinations to follow,” said Mr. Rifai talking to the press. “It clearly reflects Malaysia’s status as a microcosm of Asia and the ability of tourism to bring together peoples of different cultures through tourism”.

On his official visit to the country, Mr. Rifai also met with the Secretary-General of the Ministry of Tourism, Dato’ Dr. Ong Hong Peng, and the Chairman of Tourism Malaysia, Dato’ Dr. Victor Wee.