International tourists to hit 1.8 billion by 2030 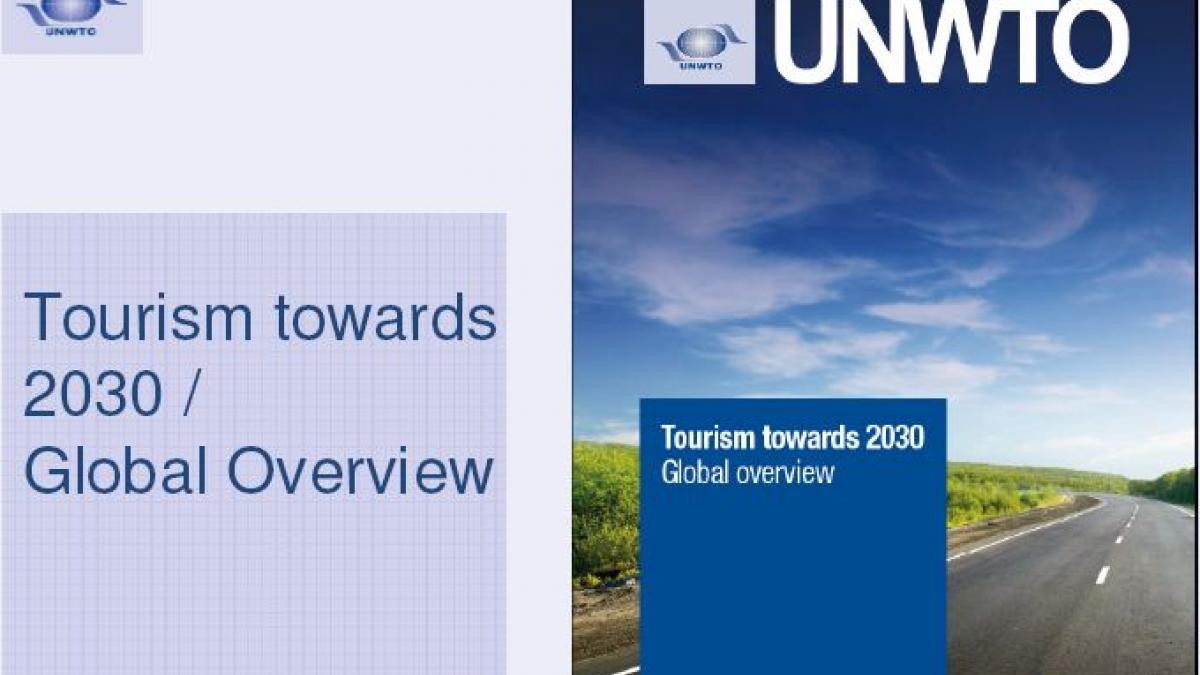 International tourist arrivals are forecast to reach 1.8 billion by 2030 according to the newly released UNWTO long-term forecast, Tourism Towards 2030. The report, presented on the occasion of the 19th session of the UNWTO General Assembly, confirms that international tourism will continue to grow in a sustained manner in the next two decades (8-14 October 2011, Gyeongju, Republic of Korea).

At the projected pace of growth, arrivals will pass the 1 billion mark by 2012, up from 940 million in 2010. By 2030, arrivals are expected to reach 1.8 billion, meaning that in two decades’ time, 5 million people will be crossing international borders for leisure, business or other purposes such as visiting friends and family every day.

“The next 20 years will be of continued growth for the sector – a more moderate, responsible and inclusive growth,” said UNWTO Secretary-General, Taleb Rifai. ”This growth offers immense possibilities as these can also be years of leadership, with tourism leading economic growth, social progress and environmental sustainability, “ he said.

International arrivals in emerging economy destinations are expected to continue growing at double the pace (+4.4% year) of advanced ones (+2.2% a year). In absolute terms, the emerging economies of Asia, Latin America, Central and Eastern Europe, Eastern Mediterranean Europe, the Middle East and Africa will gain an average 30 million arrivals a year, compared to 14 million in the traditional destinations of the advanced economies of North America, Europe and Asia and the Pacific.

By 2015, emerging economies will receive more international tourist arrivals than advanced economies, and by 2030 their share is expected to reach 58%.

By 2030, North East Asia will be the most visited subregion in the world, representing 16% of total arrivals and taking over from Southern and Mediterranean Europe, with a 15% share in 2030.

Outbound tourism to grow most in Asia and the Pacific

A large proportion of the arrivals of the next two decades will originate from the countries of Asia and the Pacific, growing at a rate of 5.0% a year and generating an average 17 million additional international arrivals every year. Europe follows with an average 16 million extra arrivals a year, resulting from a much more moderate growth rate (+2.5% a year), but on top of a much larger base. The remaining 10 million additional yearly arrivals are generated by the Americas (5 million), Africa (3 million) and the Middle East (2 million).

“Tourism Towards 2030 shows that there is still significant potential for further expansion in the coming decades. Established, as well as new destinations, can benefit from this trend and opportunity, provided they shape the appropriate conditions and policies with regard to business environment, infrastructure, facilitation, marketing and human resources,” said Mr. Rifai. “Nevertheless, alongside this opportunity, challenges will also arise in terms of maximizing tourism’s social and economic benefits while minimizing negative impacts. As such, it is more important than ever that all tourism development be guided by the principles of sustainable development”.