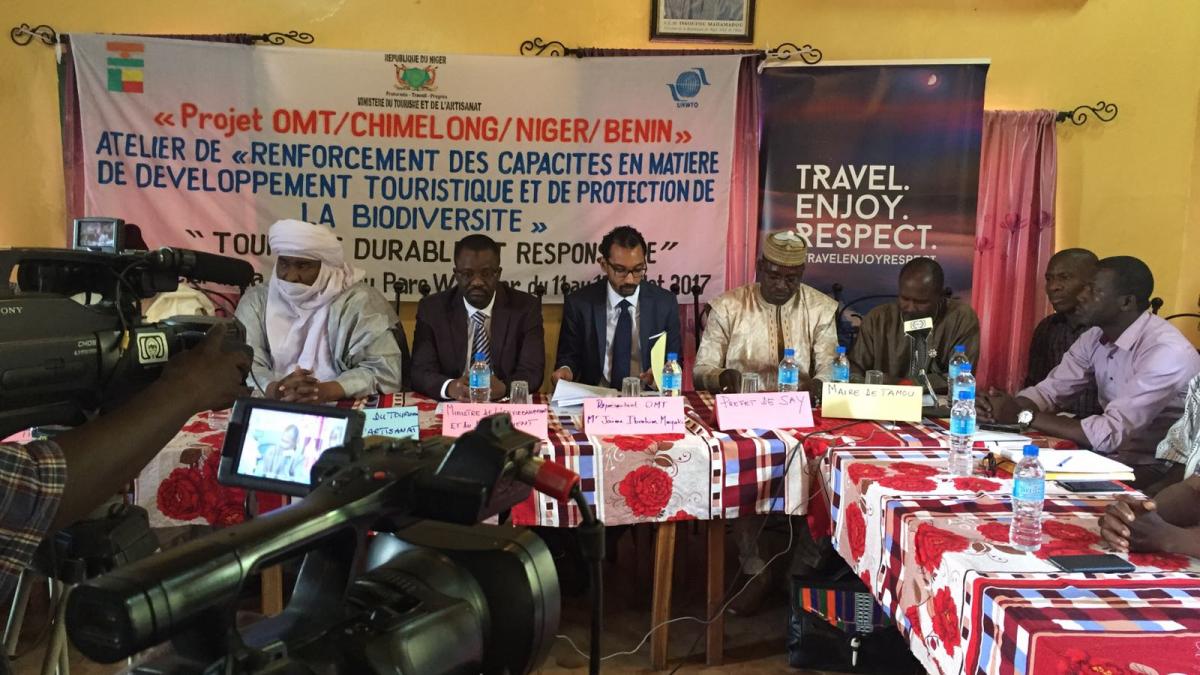 With the rapid growth of the tourism sector in West and Central Africa, tourism has become an important pillar for local economies. Challenges in preserving the biodiversity in an appropriate manner may in the long run affect visitors´ satisfaction and ultimately result in lower income generation from tourist-related activities. To address this topic, UNWTO launched a capacity building programme, within the framework of the UNWTO/Chimelong Project, in West and Central Africa involving five countries, the first beneficiaries of which are Gabon, Benin and Niger.
Home to 13 national parks covering 11% of the country, Gabon has a rich biodiversity including species of global conservation concern such as forest elephants, lowland gorillas and sea turtles. As a result, the country has been identified by UNWTO as the first country to host the capacity building seminar on tourism and biodiversity (20-22 June). Similarly, Niger and Benin, home to the Park W the largest territory of protected savanna in West Africa, have benefitted from the training, involving participants from both countries (11-13 July).
Taking place in the Pongara National Park, 20 minutes away from Libreville (Gabon) by boat and the W National Park, 2 hours away from Niamey (Niger), the seminars welcomed tourism and environment stakeholders from the public and private sector. With a view to encompassing all the challenges surrounding conservation in these countries, the participants ranged from executives to employees of parks, hotels and tour operators; Gabon hosted 25 participants coming from different parts of Gabon, while Niger welcomed 36 participants coming from both Benin and Niger.
The successful completion of this component of the UNWTO/Chimelong initiative was facilitated by the support of each Ministry led by H.E. Mrs. Madeleine Berre, Minister of Private Investment Promotion, Trade, Tourism and Industry of Gabon, H.E. Mr. Ahmet Botto, Minister of Tourism and Handicrafts of Niger, and H.E. Mr. Ange N´Koue, Minister of Tourism and Culture of Benin. The efforts put forward by these three Governments highlights the importance given to the contribution of the tourism sector in their respective countries to socio-economic development and biodiversity conservation.
Building on this promising start, the other two seminars in the series will take place in the Republic of Guinea and the Democratic Republic of Congo in November 2017. Subsequently, a regional seminar will be organized in the beginning of 2018 in order to exchange experiences gained by the beneficiary countries and explore possibilities for follow-up activities to build capacities on the link between tourism development and biodiversity conservation.