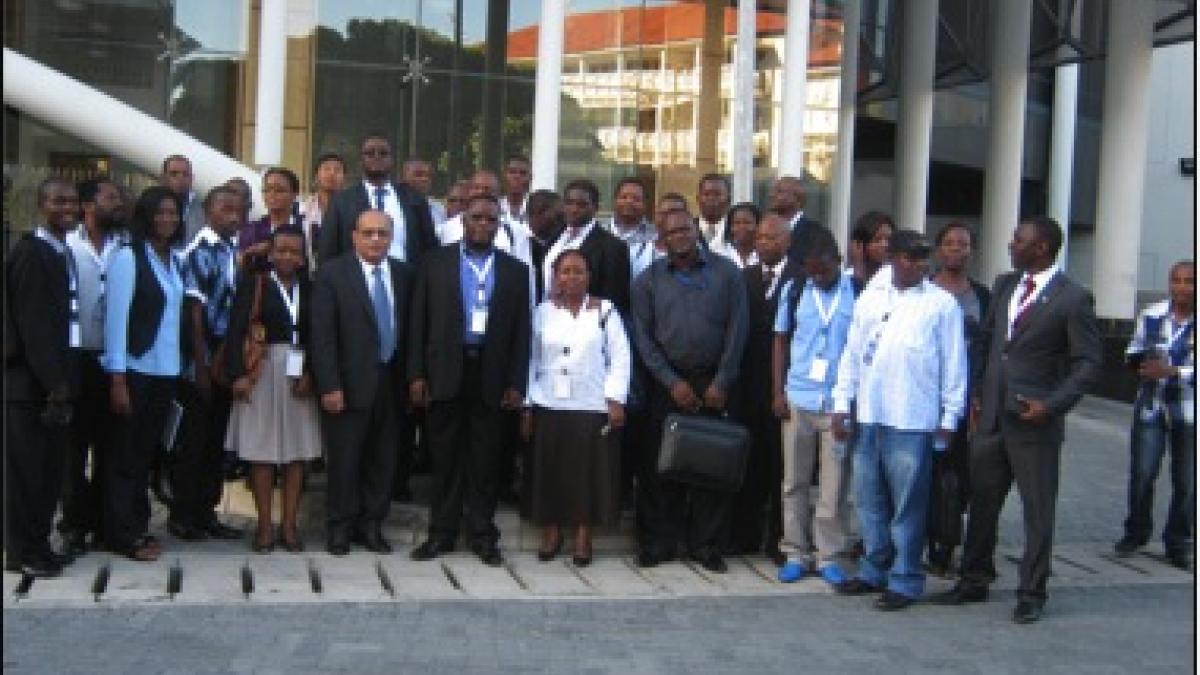 A 4 day workshop was held in Dar es Salaam, Tanzania, from 18-21 March 2013, in the framework of UNWTO’s joint National Statistics Capacity Building Programme (NSCBP) with RETOSA for southern African countries. The workshop, the fourth event to be held since the programme’s inception in 2010, aimed to build on the outcomes achieved in the previous workshops which have supported Member States in advancing its national tourism data and statistics systems and continuing to develop the requisite institutional capacity and skills for effective data collection, analysis and management at the national level. Hosted by the Ministry of Natural Resources and Tourism of Tanzania, the workshop welcomed over 40 delegates from 10 countries*, including policymakers and specialists from national tourism administrations and tourism organisations (NTAs/NTOs), central banks, central statistics offices and immigration departments. On the first day there were country presentations on the activities undertaken by RETOSA countries since the last workshop in October 2012. These demonstrated that many countries have made significant progress and undertaken constructive measures to strengthen data collection for the tourism sector, including developing and applying new sample surveys in key areas of inbound/domestic tourism consumption.

While the early workshops had concentrated on the fundamental components of tourism data and statistics, successive workshops have become progressively technically orientated and participatory taking into account the desire for countries to deepen their understanding of core areas of the TSA.  As such the fourth workshop was designed to focus on two key themes areas relating to the Tourism Satellite Account (TSA). These were the reconciliation of tourism demand and supply; and estimating the Tourism Direct Gross Value Added. Both areas are central to enable tourism administrations and governments analyse the performance of the tourism sector and accurately measure its contribution to the wider economy. In this context, the workshop sessions highlighted the statistical requirements and methodologies required for these areas and the common challenges faced by administrations in implementation. The training sessions were complimented through the use of case studies that were used to consider the systems and experiences of countries at different development stages, their statistical priorities and future planned activities.  The broad range of expertise of participants provided the valuable basis for the workshop’s proceedings as country teams was tasked with preparing draft TSA tables 5 and 6 and reporting back on the final day. The plenary discussions among delegates during the individual sessions concerned the financing of TSA initiatives at the country level and coordinating responsibilities for tourism statistics development among tourism stakeholders.

Overall, delegates demonstrated the considerable progress made by their countries in the knowledge of the inputs required for the technical components of the TSA that were addressed, and also in the context of the TSA’s role more broadly. In view of the positive outcomes of this workshop It is planned to convene a fifth workshop later this year.