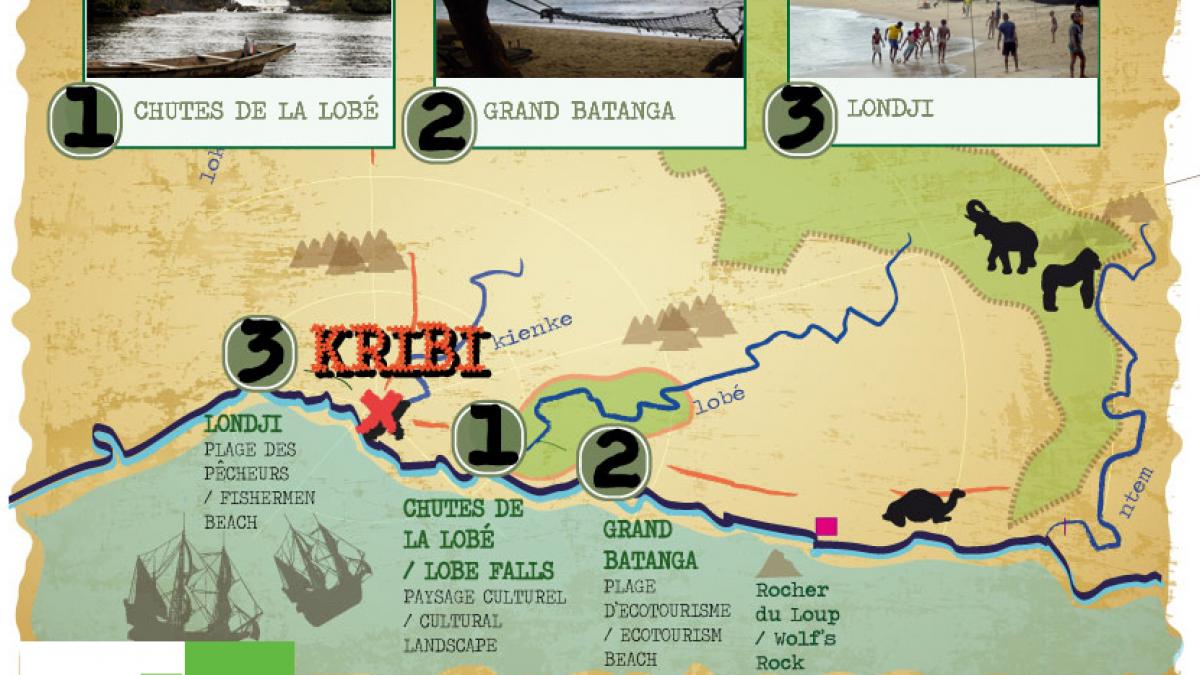 Since March 2011, UNWTO is supporting MINTOUL (Cameroon’s Ministry of Tourism and Leisure) to execute a ST-EP project aimed at developing ecotourism products in the area of Kribi, in the south of the country. The ST-EP project in Cameroon is implemented with financial contributions from the UNWTO ST-EP Foundation and from a regional project on sustainable tourism in coastal areas in Africa (COAST – www.coast.iwlearn.org). The COAST project is financed by the Global Environment Facility (GEF) and covers 9 countries in East and West Africa; it is implemented by UNIDO as lead agency and UNWTO as associated agency, responsible for the sustainable tourism and eco-tourism components of the project. The ST-EP project in Kribi aims to enhance quality and local benefits from tourism activities through capacity building, sustainable planning of coastal tourist sites, and promotion of SME in the tourism supply chains. After an initial planning process, activities in the field started in 2012 and will be finalized during 2013.

Kribi is a beach resort and sea port in Cameroon, lying on the Gulf of Guinea Coast, 170 km south of Cameroon’s largest city Douala.  The Kribi area is particularly popular among domestic tourists from Douala and Yaounde, the two main cities of the country. Several interesting eco-tourism excursions can be made in the surrounding area of Kribi town, e.g. to the Campo Ma’an National Park, the Lobé waterfalls, the beach of Grand Batanga and pygmies’ settlements, although most tourism sites lack of organization. At present, large infrastructural and economic developments take place along the Kribi coastline, and there is a growing need for planning and undertaking protection measures in coastal zones in the area.

MINTOUL has selected three eco-tourism sites in the Kribi coastline, which are particularly exposed to environmental threats such as inappropriate waste management, coastal erosion, deforestation, and uncontrolled urban development, as the ST-EP project locations. 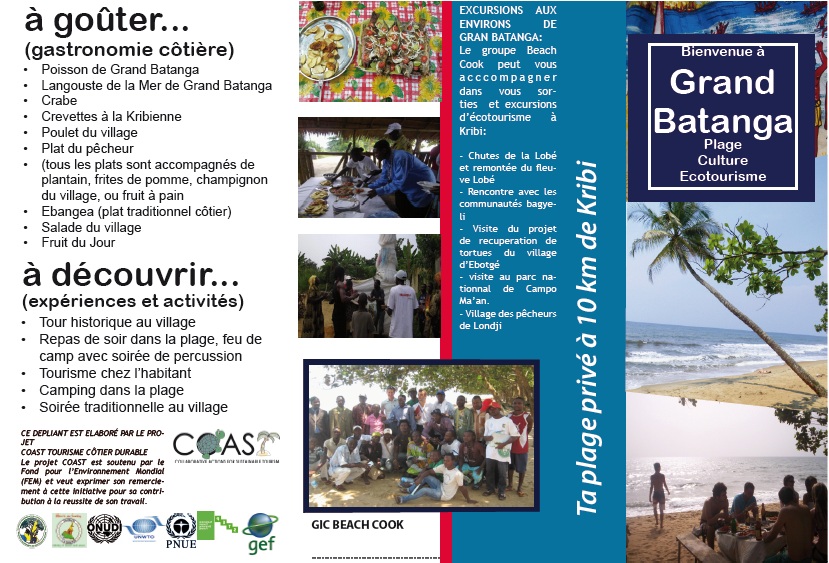 The sites are “The Lobe Falls Cultural Landscape” – where the visit to one of the rare examples of a waterfall that falls directly in the sea can be combined with canoe tours in the river and visits to Bagyeli pygmy communities –; the “Grand Batanga” – historic site former capital of the Batanga people and attractive beach. The site presents restoration options such as grilled fish and seafood, and options such as artisanal fishing and pirogue tours; finally, “The fishermen village of Londji” – presents white sand beaches, a lively weekly fish market, mangrove walks and boat trips to pristine natural spaces and wetlands -. The intervention strategy is based on the results of a Value Chain Analysis (VCA) that was carried out from February to July 2011 to identify opportunities to generate additional income from tourism and assess the training needs of the local population.

The project has assisted MINTOUL in the drafting of sustainable management plans for the eco-tourism sites, with active consultation of communities, private sector, and local stakeholders. These plans were validated at a local level workshop on September 21st 2012 and will now serve as guidelines for MINTOUL in the completion of the project (development of eco-tourism products) and in taking further measures to develop and protect the sites beyond 2013. 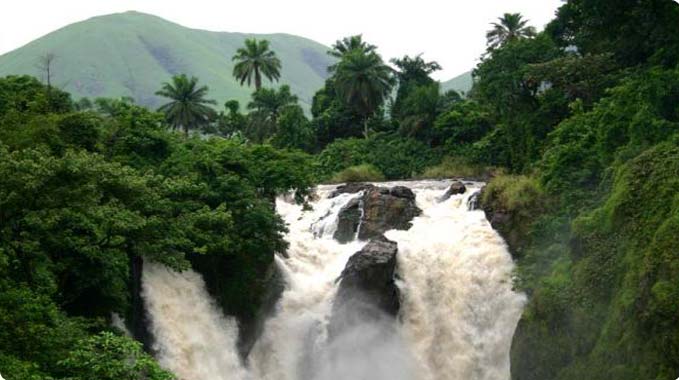 The project contributed to building capacities of the ethnic Pygmy minority. Bagyeli Pygmy villages in the Lobé valley have longtime been the object of the curiosity of tourists. However, this vulnerable community has not seen their living conditions ameliorated as a result of tourism activities. After a consultation process, the community aims at receiving a fairer share of tourism benefits, and is eager to develop their capacities in tourism handling. The project has conducted several training activities to develop tourism circuits in their lands and facilitated cultural tours in partnership with the private sector to promote sustainable tourism exchanges between Bagyeli pygmies, travel agents, and tourists.

The project produced leaflets some eco-tourism sites, and also supported the 5th edition of a Cultural and Eco-tourism Festival (CICACK, 23-25 Nov 2012) which took place in the Grand Batanga Eco-tourism Beach as part of the project’s marketing and promotion activities.

Tourism training courses are planned to take place in the 1st Quarter of 2013 with informal guides and unemployed young women and men from Kribi as the main target groups. So far, the project has delivered training on Agro-tourism (July 2012, organized by the Agriculture School of Kribi) and Online Marketing and Environmental Sustainability for Hotels (September 2012, as a part of the World Tourism Day in Kribi, organized by the Divisional Delegation of MINTOUL).

Further information on the tourism activities in Kribi can be found at: http://ecotourismekribi.jimdo.com/