UNWTO and UN Women commit further to an ongoing collaboration 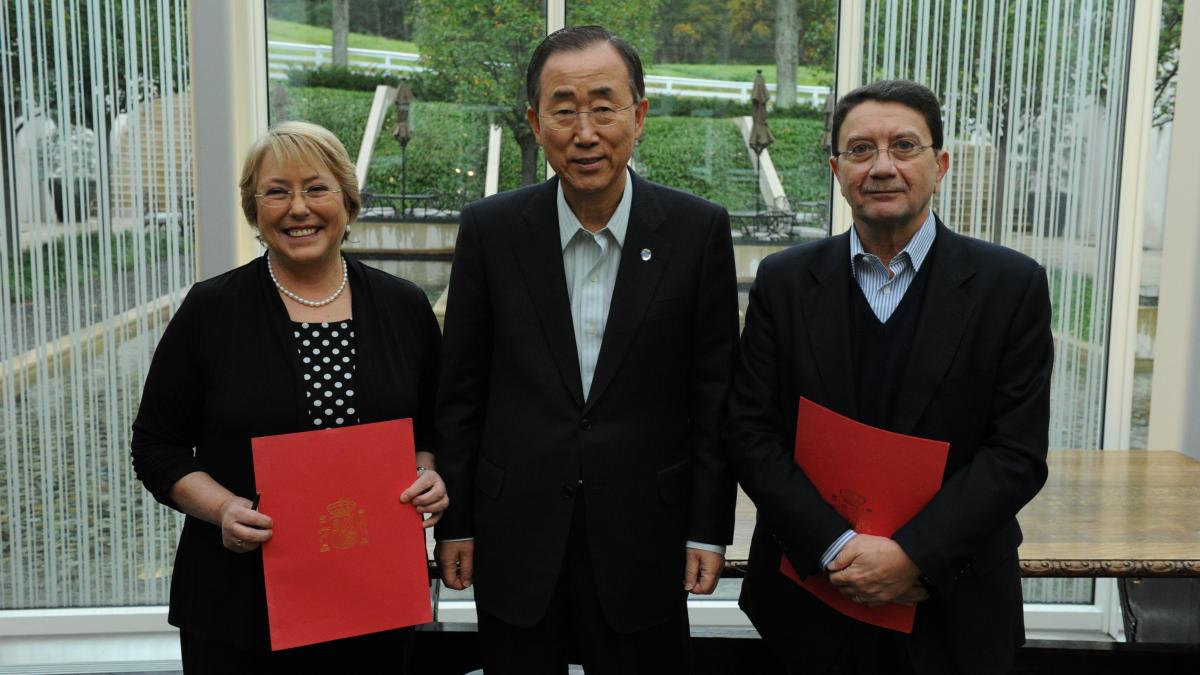 Taleb Rifai, Secretary-General of UNWTO, and Michelle Bachelet, Executive Director of UN Women, renewed the framework cooperation agreement between the two organizations on 29 October 2011, during a retreat of the United Nations Chief Executives' Board for Coordination (CEB) in New York, chaired by UN Secretary-General, Ban ki-Moon, who joined the signing.

Collaboration between the two agencies dates back to 2008, when the initial cooperation agreement was signed between UNIFEM (now UN Women) and UNWTO, with the aim of harnessing tourism’s potential to contribute to gender equality and women’s empowerment.  A concrete result of this partnership, the Global Report on Women in Tourism 2010, was launched at ITB Berlin in March 2011 and represents a landmark effort to comprehensively map women’s participation in the tourism sector. Confirming that tourism can provide tangible opportunities for women’s empowerment, it also highlights remaining barriers and provides recommendations to stakeholders to redress gender inequalities throughout tourism.

Through the 2011 agreement, UNWTO and UN Women commit to build on the findings of the Global Report to generate momentum for tourism’s active contribution to equality and women’s empowerment, as well as to develop a gender mainstreaming strategy for the public and private members of the tourism sector. Planned activities include the Women in Tourism Empowerment Programme and the Tourism and Gender Portal.

Global Report of Women in Tourism 2010