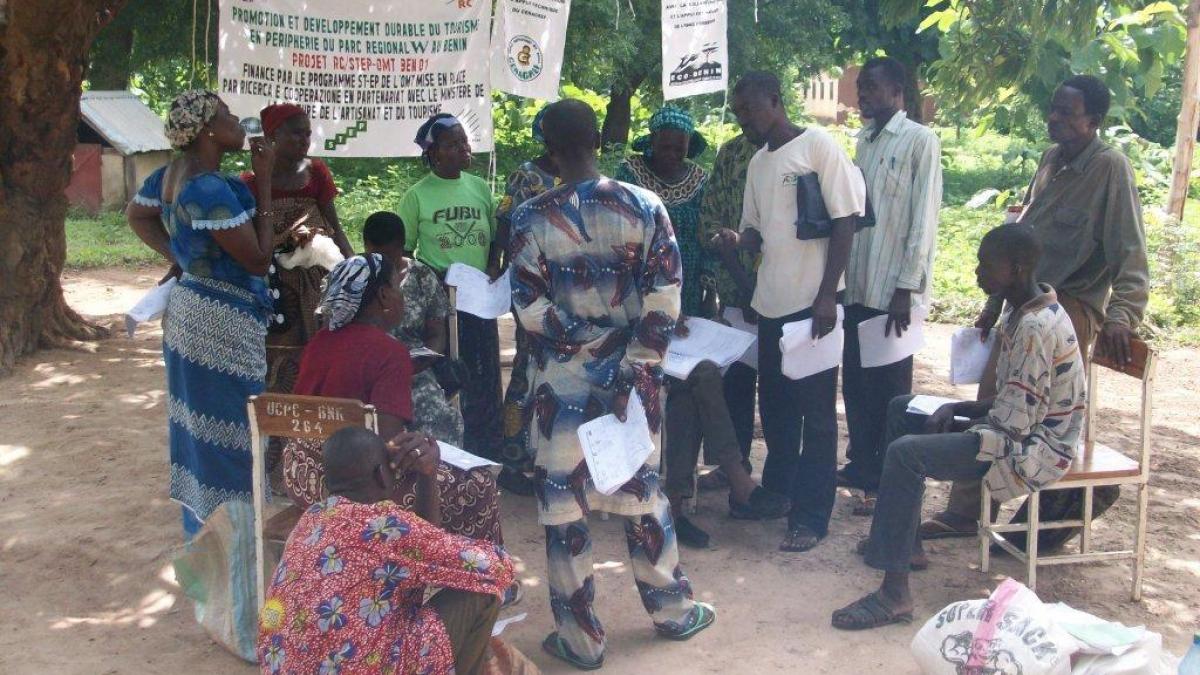 The ST-EP project “Promoting Sustainable Tourism Development in the Buffer Zone of the W Regional Park in Benin” was recently completed following a year of implementation thanks to the financial contribution of the Italian Ministry of Foreign Affairs. The W Regional Park consists of three national parks situated on the border shared by three states, Benin, Burkina Faso and Niger, created through the signing of the "W National Park" decree on 4 August 1954.

The project action area was situated in Benin’s Alibori Department, composed of six rural villages, on the buffer zone of the W Transborder Biosphere Reserve.

The objective of the project was to enhance the area’s traditional agricultural activities, livestock farming, handicrafts and fishing, the ways and customs of the populations as well as the cultural environment, and to utilize them as tourism attractions.

To this end, workshops were held on the principles of responsible tourism, bringing together some 25 participants from the local tourism sectors and from the village administrations.

Various training actions based on “learning by doing” were offered to the residents of the Benin villages on the buffer zone of the W Park, including guiding techniques, visitor circuits, and the interpretation of natural and cultural heritage, as well as the reinforcement of capabilities such as reception techniques and local food service.

Some thirty artisans, mostly women, attended awareness-raising sessions on the importance of the art of clothing in their culture, including weaving and the use of plant-base dyes, and then points of sale were created.

Promotional materials have been created for community-based tourism in the W Park of Benin, whose website is http://www.tour-communautaire-parcw.net