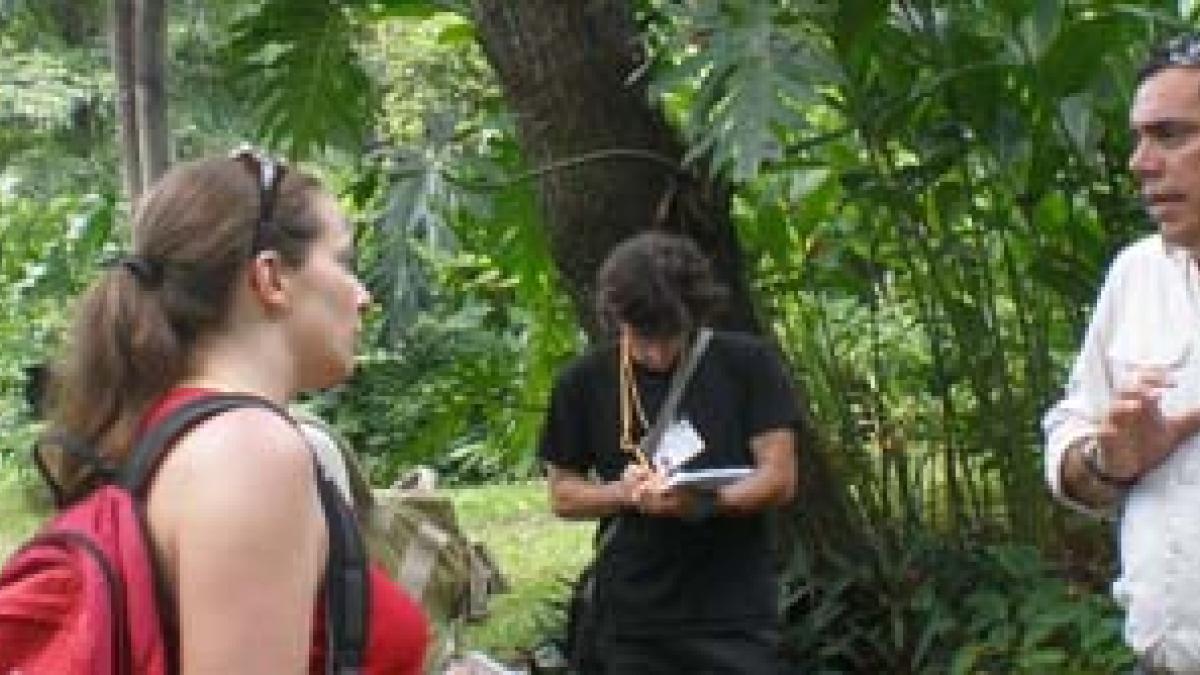 The second stage of the “Volunteers Chiapas 2015” fieldwork project has finished, having been carried out from 16 August to 10 September in the Soconuzco Region from the Chiapas State in Mexico.

The objective of this project is to support the development of tourism products based on the existing cultural, natural and human resources that would generate a model of tourism management to improve the quality of life of the communities involved; as well as to foster their active participation in the definition of their future strategy through tourism.
A preliminary research, which began in mid-July, was carried out by volunteers, experts and local actors who analyzed the Destination's secondary sources in preparation for the field work.
Fieldwork preliminary conclusions were presented in the Hotel Holiday Inn Express in Tapachula on September 9 and the event was attended by authorities of the Secretariat of Tourism of the State of Chiapas (SETUR), representatives of the Centre for Tourism Studies in Federal Tourism Secretary CESTUR, local stakeholders implicated in the process and all the volunteers.
The volunteers’ team consisted of 6 members from the UNWTO Volunteers Corps from Chile, Spain, Honduras and Germany and 18 local volunteers from multiple instances of tourism administrations of the State. This team also counted on 4 consultants from Mexico, Brazil and Spain.
This is the second time that a UNWTO Volunteers initiative is integrated by a team of technicians and local volunteers, consolidating a participatory working methodology that leads to mutual respect and empowerment of the communities involved.
Over the coming months, the team will continue work on drafting the final document and the strategic plan which will be delivered during the first half of next year.