"Tourism for all – promoting universal accessibility" is the theme chosen by the World Tourism Organisation (UNWTO) for World Tourism Day 2016, which will take place, as is custom, on 27 September. The City Place Museum, Udaipur under the aegis of Maharana of Mewar Charitable Foundation, The City Palace, Udaipur has adhered to this initiative ever since its inception, being well aware of the great importance that this tourism has, as well as the challenges this phenomenon poses and the opportunities it creates for evangelisation. In recent decades, the number of visitors that have the opportunity of enjoying vacation time has greatly increased. To this number, one must add the number of tourists arriving at a local level. Along with this numeric increase, there has also been a growing awareness of the positive influence that tourism can have on different aspects of life, with its numerous virtues and great potential. Without ignoring the negative or ambiguous aspects, we are convinced that tourism humanises, because it is – to name just a few positive characteristics – a chance for recreation, an opportunity for mutual understanding between peoples and cultures, an instrument for economic development, a promoter of peace and dialogue, a possibility for education and for personal growth, a moment of encounter with nature, and an environment for spiritual growth. On the basis of this positive evaluation, being well-aware that tourism (in particular) and free time (in general) are "a need present in human nature that manifests an indispensable value in itself", we must surmise that tourism is not only an opportunity, but is a right of every person and cannot be limited to certain social classes or to certain specific geographical areas. The World Tourism Organisation itself affirms that tourism "constitutes a right equally open to all the world’s inhabitants , and obstacles should not be placed in its way". The celebrations at The City Place Museum, Udaipur; The Museum is already on the pavement of Universal Access as the accessiblility at The Museum is very important. Many ramps, lifts and accessible toilets have already been constructed here. As we all kow that The City Place at Udaipur was built for safety, so it has narrow corridors, small gates and unaccessible pathways, it was not designed as a Mordern museum. However, being with changes the changes in the society and technological advancements we are trying to make it as much accessible as it can be.This year we will be working on all the five themes laid by WTO under which includes 'Celebrating our Heritage' : A traditional Puppet Show at Baadi Mahal and Asmita(Puppet Play on Maharana Pratap's life) at Chowmukha, Lakshmi Chowk, The Zenana Mahal. We will also spread this on International standards at official website of WTO and Commomwealth Association of Museums. The cherry on top will be a Heritage Walk by the Specially abled people who will inaugrate our new ramps and spread the word about Universal Access and how The Museum is working on it. About Maharana of Mewar Charitable Foundation (MMCF), Udaipur: Established in 1969, the Maharana of Mewar Charitable Foundation (MMCF) is an initiative of the Custodian of the House of Mewar, Udaipur, for the perpetuation of its core value of service to humanity. In the true Vedic tradition of ancient India, the MMCF has become a temple of inspiration for future generations as envisaged by its Founder-Chairman and Managing Trustee, HlH Maharana Bhagwat Singh Mewar of Udaipur. The MMCF manages The City Palace Museum which comprises the Mardana Mahal and the Zeanan Mahal built from the 16th century onwards. The City Palace Museum is a series of palaces and courtyards spread across 20,000 square metres. Some exhibitions and galleries include: the world's first silver museum titled ‘Splendour of Silver: Reflecting the finest of Silversmithy’; a sculpture gallery titled 'Divine Gesture: The Magnificence of Mewar Spirituality'; the Bhagwat Prakash Gallery of archival photographs; ‘Symphony of Mewar: A Royal Collection of Musical Instruments’ and ‘The Mewar Regalia’ dedicated to Textiles and Costumes. Collections of rare paintings, murals on the walls and ceilings, priceless artefacts and array of medieval armaments make the City Palace Museum into a 'world-class' institution. Since 1969, the Museum has been open to the general public. On an annual average, it receives 700,000 visitors. In the 21st century, the MMCF continues to voluntarily discharge the duties and responsibilities of Custodianship in democratic India. The Foundation has remained committed to supporting the goals and objectives held sacred in the 1400-year old history of the family’s tradition of Custodianship. This is the ‘living heritage’ of the House of Mewar which encompasses a wide range of activities: environmental protection through water resource management, extensive medical and healthcare aid, providing pension to ex-employees, promoting self-reliance among women and encouraging financial support to education and cultural endeavours. These have cumulatively transformed the ethos of Udaipur, the erstwhile capital-city of Mewar, to emerge as a centre of excellence in every aspect of present-day life. For more information: Bhupendra Singh Auwa Administrator in Chief Maharana of Mewar Charitable Foundation Eternal Mewar The City Palace Udaipur 313 001, Rajasthan - India Telephone: +91 294 241 9021 - 29 Extn: 2125,3275 Fax: +91 294 241 9020 Email: connect@eternalmewar.in Website: www.eternalmewar.in 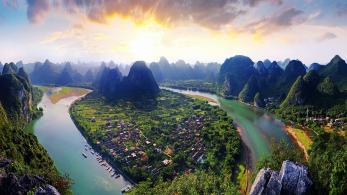 THE 14TH UNWTO/PATA FORUM ON TOURISM TRENDS AND OUTLOOK 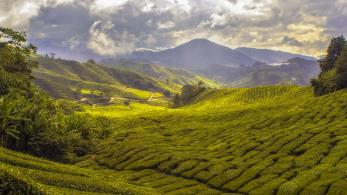 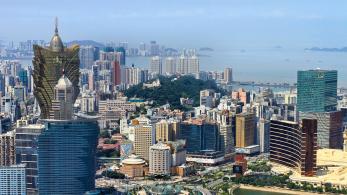 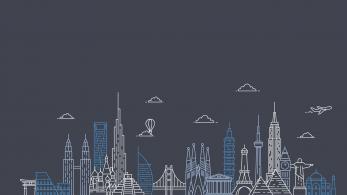