DECLARATION OF UNWTO, MADRID, SPAIN. Lake Hussain Sagar India, the World’s largest heart shaped lake was officially declared as the “Heart of the World” by United Nations World Tourism Organization on 27th September 2012 on the occasion of World Tourism Day 2012. CAMPAIGN - SAVE THE HEART OF THE WORLD To spread this World historical news, a campaign for the promotion of the declaration of Lake Hussainsagar India as the 'Heart of the World' was started from the Thursday, 27th of September 2012 on World Tourism Day 2012 with the title 'Save the Heart of the World'. This campaign is designed to create awareness to the public about the Global Code of Ethics for Tourism in order to promote a sustainable and responsible tourism. It also aims to create awareness regarding Green Economy, Renewable Energy solutions through talks delivered by experienced speakers and environmentalists. Constant inflow of industrial effluents and the enormous dumping of domestic solid wastes into the lake Hussainsagar India have unfortunately left it highly polluted. 'Save the Heart of the World' campaign also spreads the message of peace to the world with the tagline 'ONE WORLD - ONE LOVE - ONE HEART'. This is the peace message that any body can adopt from the history of this lake as it served many people from different caste, creed and religion with drinking and irrigation water for several years. It is also been serving the people from different parts of the world with its scenic beauty till date. WORLD TOURISM DAY 2012 27th September 2012 As the inaugural and primary campaign, the celebrations of World Tourism Day 2012 began on the Thursday, 27th September 2012 by the releasing of Video DVDs and Brochures of 'Recognize Lake Hussain Sagar India as the Heart of the World on World Tourism Day 2012 – UNWTO' with the title “SAVE THE HEART OF THE WORLD”, by H.E. Mr. Vatti Vasanth Kumar, Minister of Tourism and Culture Government of Andhra Pradesh India, and by presenting them to citizens of 6 different countries such as United Kingdom, China, Uganda, France, Iraq and India respectively. This event was organized in co-operation with Ministry of Tourism of India, Ministry of Tourism of Andhra Pradesh. “SAVE THE HEART OF THE WORLD” campaigns were executed from the Thursday, 27th September 2012 on the bank of the Lake Hussain Sagar India for two months to give awareness of the recognition of the lake as Heart of the World, to the tourists visiting the lake. This campaign has spread the discovery news to the World on the occasion of World Tourism Day 2012. Tourism & sustainable energy was the UNWTO theme for the World Tourism Day 2012 and the goal of the United Nations is to ensure sustainable energy for all by 2030. These campaigns in addition to sharing the UNWTO theme and message of the UNWTO Secretary-General, also aimed to highlight the ethnic values and promoted the discovery of Lake Hussain Sagar India as the “Heart of the World” so as to support the development of tourism in India. ORGANIZER – ITS 6TH WOW This Campaign is organized in connection with UNWTO by ITS 6TH WOW, an NGO from India that is working for the welfare of the lake Hussain Sagar India. ASSOCIATE PARTNERS – UNWTO, Incredible India, Andhra Pradesh Tourism. This campaign will be organized by ITS 6TH WOW in connection with UNWTO and in association with Ministry of Tourism,Government of India, Ministry of Tourism,Government of Andhra Pradesh-India. DISCOVERY – HEART OF THE WORLD Lake Hussain Sagar India which is remarkably in a shape of a heart, is discovered as the Heart of the World for being having the factors as follows: 1. WORLD’S LARGEST HEART among 78 heart shaped lakes and 9 heart shaped islands in the World; 2. WORLD’S WONDERFUL HEART for having many outstanding universal values of love around it in addition to its heart shape, the symbol of love; 3. WORLD’S HERITAGE HEART of 449 years of age that is eligible for the inscription of its name in the list of World Heritage Sites of UNESCO; 4. WORLD’S HOLY HEART for it celebrates Ganesh Chaturthi and Easter, the holy festivals of Hindu and Christian religions respectively on its bank in a large number; 5. WORLD’S PARKLIKE HEART for it has many parks with the international standards such as Lumbini Park, Sanjeevaiah park, NTR Gardens; 6. WORLD’S AMUSING HEART for it has many recreational centers such as Prasad’s IMAX, Snow world, Jalavihar, Eat Street, Necklace road; 7. WORLD’S CONVENTION HEART for it has People’s Plaza, Hotel Marriott, Hotel Park on its bank, where a many international conventions in respect of Politics, Business, Social and Sports had took place; 8. WORLD’S SPORTS HEART for many go carting international festivals take place and many clubs like Hyderabad Boat Club, Secunderabad Sailing Club etc exist on its bank training 150 sailors in a day; 9. WORLD’S SECRETARIAL HEART for this is the only heart that has the secretariat which executes secretarial works of the state; 10. WORLD’S TOURISTIC HEART for it is the most international tourists visited heart ; 11. WORLD’S LOVEFUL HEART for it celebrates valentines’ day and it possesses many love monuments around it; 12. WORLD’S COUPLING HEART for this heart has a coupling effect that can be seen in the coupling of the two cities Hyderabad and Secunderabad and hence they are popular as twin cities, and in the possession of the heart shaped couple ring roads (Outer Ring Road and Inner Ring Road) around it and many more. DISCOVERER – RAVINDRAJITH, MEMBER, UNWTO, SPAIN. UNWTO declares it as the Heart of the World' after a thorough review over the discovery material of 'Heart of the World' that is submitted to UNWTO by Mr.Ravindrajith, Member of UNWTO, Spain and General Secretary, ITS 6TH WOW, India. 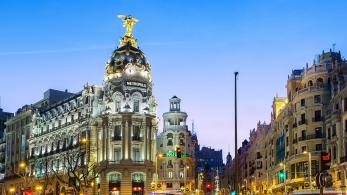 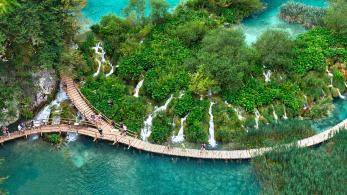 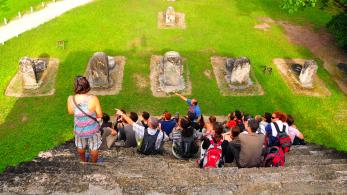 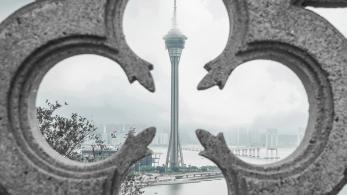