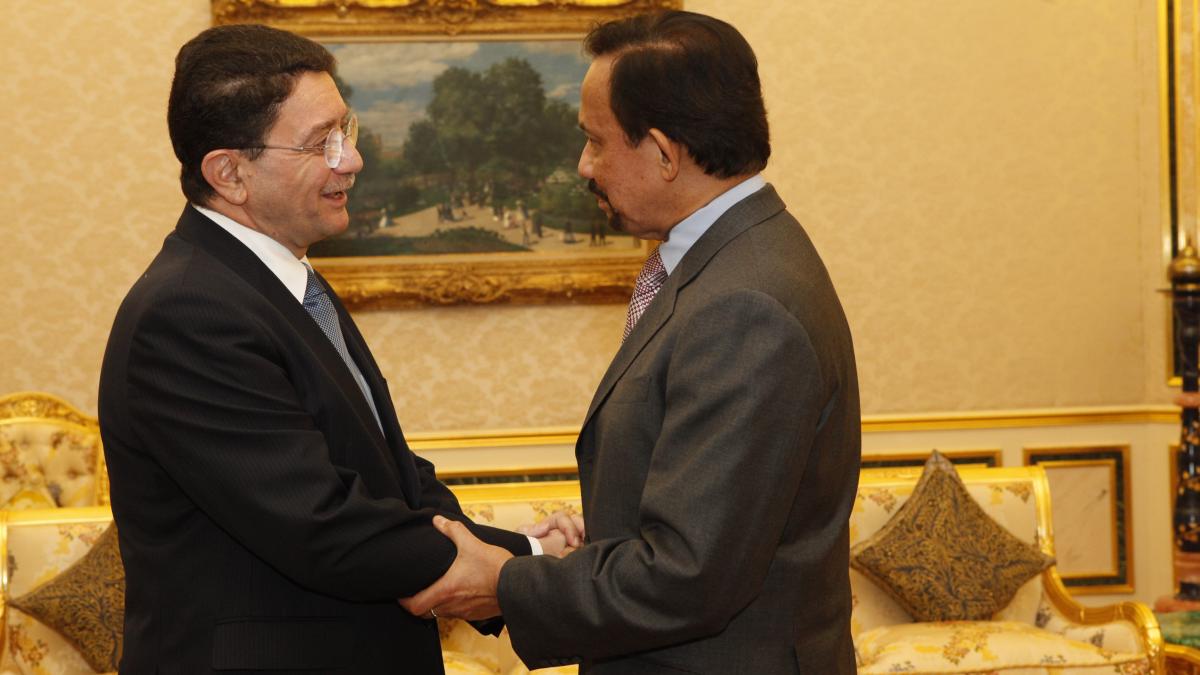 Brunei became the latest country to join the Global Leaders for Tourism Campaign when His Majesty Sultan Haji Hassanal Bolkiah Mu’Izzaddin Waddualah accepted an Open Letter on the importance of travel and tourism (Brunei, 09 January).

“We will do our best to support tourism,” said His Majesty the Sultan upon receiving the Open Letter from UNWTO Secretary-General, Taleb Rifai. Tourism is of strategic importance for Brunei, His Majesty said, and based on two principal resources: the country’s pristine rainforest in the heart of Borneo, and its spiritual and cultural heritage. Environmental protection and conservation must therefore lie at the heart of any tourism development, he stressed.

“By accepting the Open Letter Brunei has become part of an increasingly important group of world leaders advocating for tourism as a means of economic growth and development including in Asia: China, Indonesia, Malaysia and the Republic of Korea,” said Mr. Rifai.

The first UNWTO Secretary-General to visit Brunei, Mr. Rifai praised the country’s tourism strategy based on the two pillars of nature and culture. “The strength of Brunei tourism lies in its uniqueness,” said Mr. Rifai, applauding the country for focusing on its own unique assets. “In this way, Brunei is carving its own model of responsible tourism which will no doubt serve as an example to the rest of the world.”

David Scowsill, President & CEO of the World Travel & Tourism Council (WTTC) said: “Signing the Open Letter reiterates Brunei’s commitment to tourism, and demonstrates the country’s leadership role in the Travel & Tourism industry. This underlines that the government truly understands the impact on job creation and the positive economic impact that Travel & Tourism brings to global GDP. Travel & Tourism made a contribution of 5.8% of GDP in 2011 to the Brunei economy and supported 14,000 jobs, 6.9% of total employment.”

Mr. Rifai also met with Minister of Industry and Primary Resources, Hon. Pehin Dato Yahya, who identified tourism as key to the economic diversification of Brunei. UNWTO has committed to work closely with the Ministry over the coming years, including in the implementation of Brunei’s tourism master plan, the exchange of experiences with other destinations in coastal and eco-tourism development and capacity building.