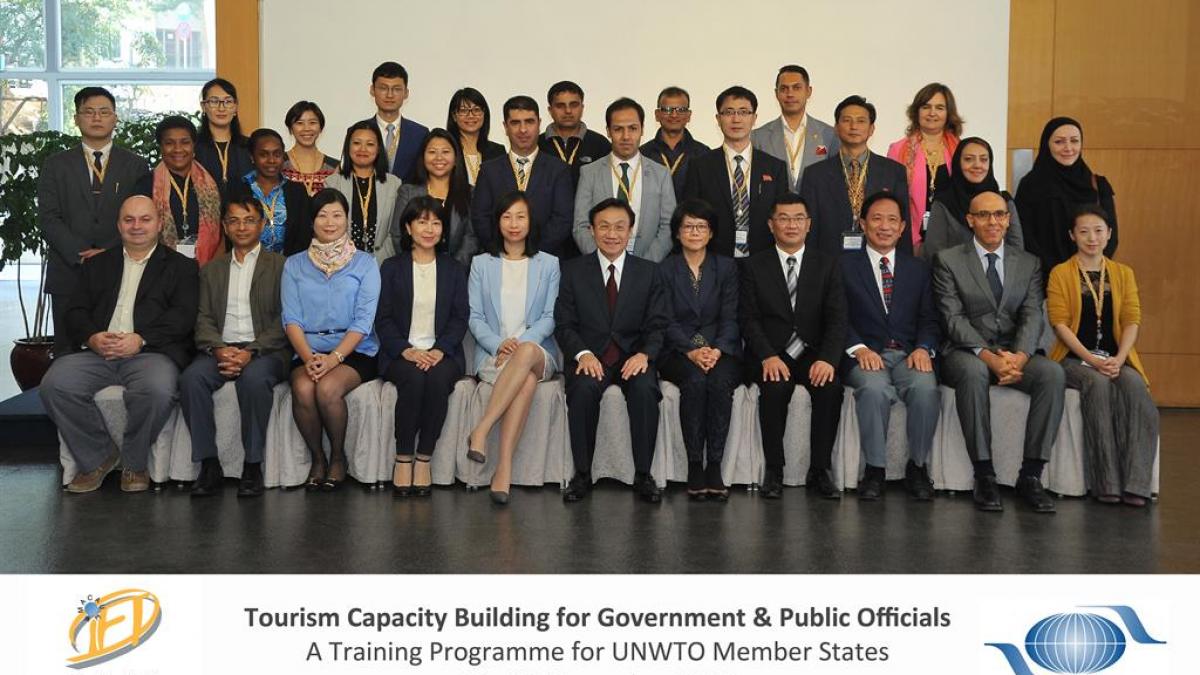 On November 14 the Secretary for Social Affairs and Culture, Dr. Tam Chon Weng, and his delegation toured the new Taipa Campus of the Institute for Tourism Studies (IFT). The delegation – accompanied by IFT President, Dr. Fanny Vong, IFT Vice-President Ms. Florence Ian, and the Director of the IFT Tourism and Hotel School, Ms. Diamantina Coimbra – visited the teaching facilities at the Forward Building and the student accommodation at the East Asia Hall.

Dr. Vong explained to Dr. Tam and his delegation the numerous adaptations and facility upgrades completed by IFT at the Taipa Campus since October 2015, when the Macao SAR Government granted the Institute use of the site. She added that the new campus had become fully operational at the beginning of academic year 2016/17: students from some of the IFT bachelor degree and diploma programmes were now having classes there. In addition, Dr. Vong mentioned that student accommodation at the East Asia Hall – for IFT’s international and exchange students – was already in use. Dr. Vong noted it featured many student leisure facilities and areas for student extracurricular activities, the aim being to enrich college life.

During the coming two years, IFT plans to continue the adaptation and renovation works at the Taipa Campus. The programme of works, designed in such a way as to avoid disrupting academic activities at the campus, includes conversion of the building previously used as staff quarters by the University of Macau – when the University was based on the site – into a new IFT training hotel. This facility will provide fresh opportunities for students to gain hands-on experience of the tourism industry. 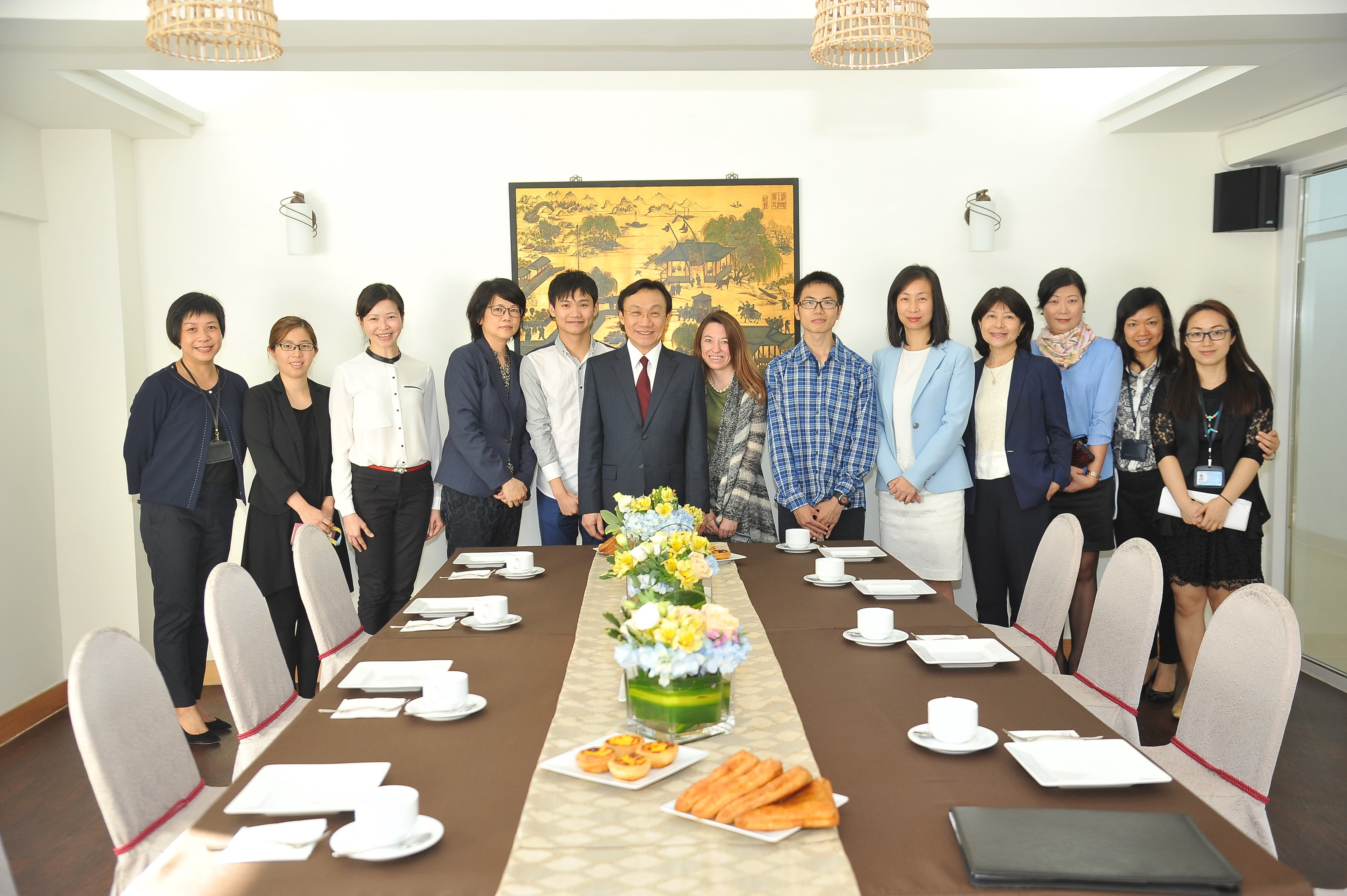 During the visit, Dr. Tam acknowledged the good job done by IFT in renovating the facilities at its new campus. He noted that the Institute had been able to put the site into use quickly, thereby improving IFT’s overall teaching and learning environment.

Dr. Tam also recognised IFT’s efforts in enhancing its international position in the field of tourism education, and in enlarging the network linking the Institute to universities and tourism organisations around the world. The Secretary praised the deepening of IFT’s collaboration with several high-profile international bodies, including: the World Tourism Organization (UNWTO); the United Nations Educational, Scientific and Cultural Organization (UNESCO); and the Pacific Asia Travel Association (PATA). Dr. Tam additionally noted that IFT had been increasing the number of overseas organisations with which it has partnerships in order to facilitate international exchange courses. 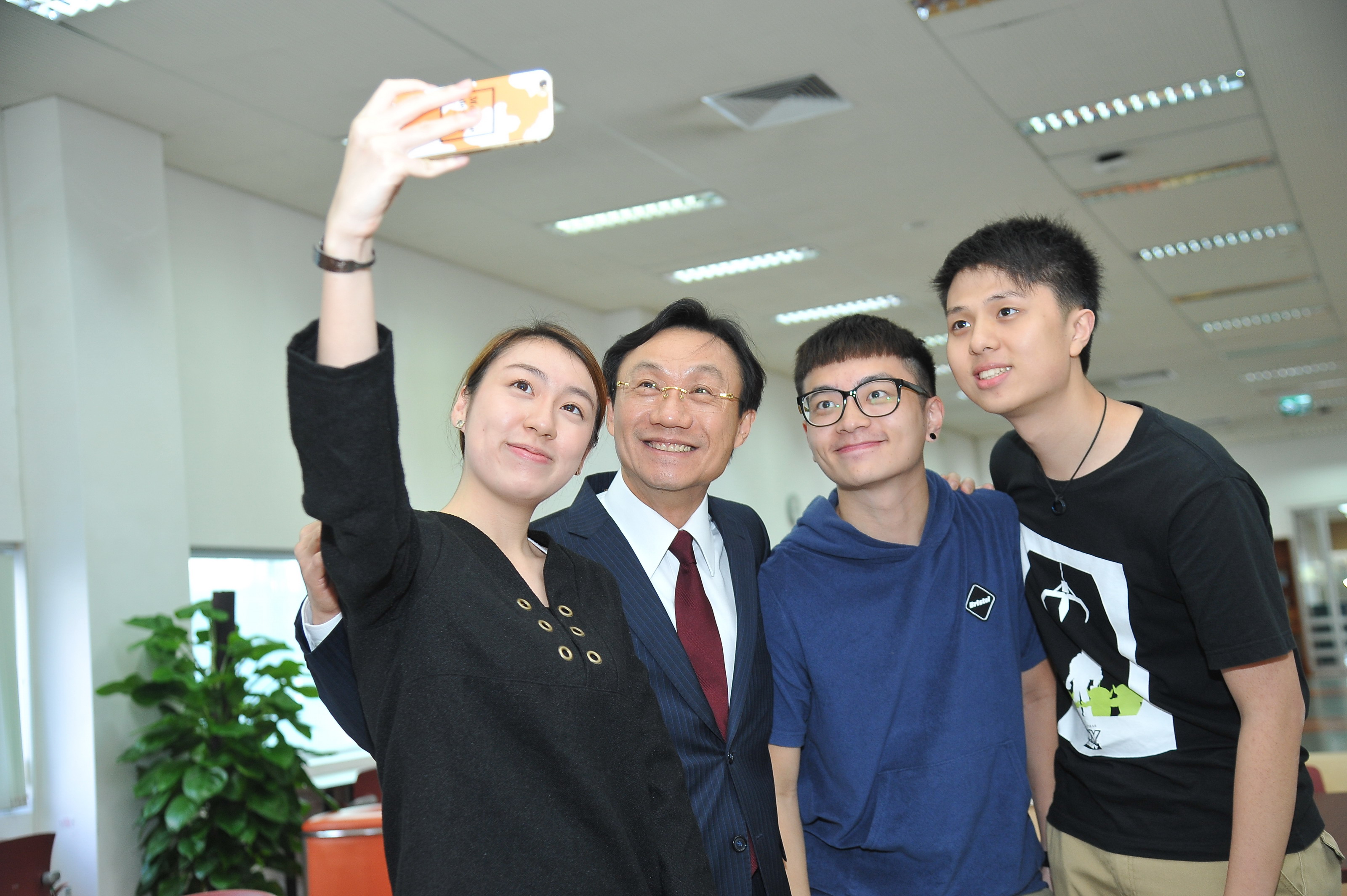 The Secretary said the Macao Government would support the Institute to organise training and education programmes in collaboration with UNWTO via the newly established Global Centre for Tourism Education and Training, under IFT. These courses would seek to enhance the human capital of the Asia Pacific tourism sector and promote sustainable tourism in the region. He added that the Centre would also provide training to officials and industry representatives from Portuguese-speaking countries, contributing to the Government’s goal of building Macao into a World Centre of Tourism and Leisure, and a commercial and trade cooperation service platform between China and the Portuguese-speaking countries (“One Centre, One Platform” initiative).

During the visit to IFT’s Taipa Campus, Dr. Tam and his delegation met representatives of tourism-related bodies from Asia-Pacific countries and regions that were attending a professional training programme at IFT. The course – “Tourism Capacity Building for Government and Public Officials” – has been organised by the Institute, in partnership with UNWTO.

Participants in the course include: 2 representatives from the Macao Government Tourism Office; and 2 representatives from the Forum for Economic and Trade Co-operation between China and Portuguese-speaking Countries (Macao), including the Representative of East-Timor in Forum Macao. The remaining 17 participants come from: Afghanistan, Bhutan, the Democratic People's Republic of Korea, Iran, Mongolia, Nepal, Papua New Guinea and Mainland China. This is the second time IFT has partnered with UNWTO to offer such type of professional training course.

During his exchanges with the course participants and lecturers, Dr. Tam said he anticipated that overseas participants attending professional training courses at IFT would be able to learn new, tourism-related, management strategies and practices, as well as gain valuable insights from observing Macao’s tourism industry. He hoped the knowledge acquired during the courses could be useful for overseas participants in the development of the tourism and hospitality industries in their respective countries and regions. In addition, representatives from Macao – and from elsewhere – could benefit from the experience-sharing process when meeting the other participants on this particular course, and on future courses, Dr. Tam added.

The Institute for Tourism Studies, Macao (IFT) was established in 1995, and offers the most extensive range of tourism and hospitality-related bachelor degree programmes in Macao. Annually, approximately 20,000 participants attend its vocational and professional training courses. IFT collaborates with 101 universities and tourism organisations around the world, and has strong links with 500 leading tourism and hospitality corporations worldwide that provide internship opportunities to IFT students. IFT was the first institution to be accredited by the UNWTO.TedQual Certification System for tourism education, and now has 8 bachelor degree programmes with this certification. Currently, the Institute has the greatest number of bachelor degree programmes certified under that system of any tertiary education establishment worldwide. IFT has received the Medal of Merit in Tourism from the Macao SAR Government, and has twice won the Gold Award in ‘Education and Training’ from PATA. 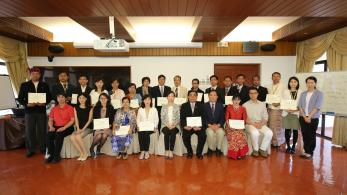 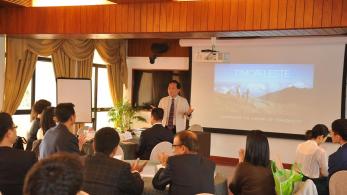 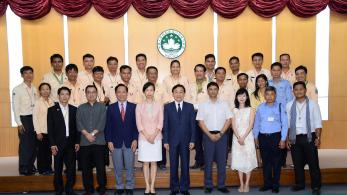 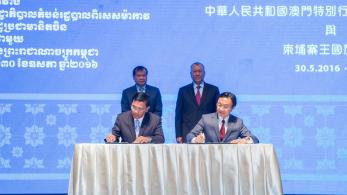 IFT in collaboration with UNWTO to provide training for...