With less than a week before the year ended, the country's tourism industry clinched a significant milestone as it welcomed its one millionth Korean visitor on the 27th of December.

Selected randomly among passengers aboard PAL flight PR467 that arrived on 27 December at 11:45AM in Manila from Seoul, Mr. Kook Nam Han was the one millionth Korean visitor for 2012. Immigration Officer Ernest Michael Aure rang the bell at his counter upon receiving the travel documents of Han. Music from the Banda Kawayan of the Polytechnic University of the Philippines consequently drumbeat the exciting news.

The 37-year old businessman from Seoul, South Korea has been a frequent visitor in the country since 1995, while his wife and other family members are already based here.  In an interview, he expressed, in all candor, his gratitude for this wonderful surprise. But it was Han who actually amazed everyone when he greeted Maayong Hapon or Good Afternoon in the Visayan language. He, in fact, studied Theology at the Adventist University in Bacolod back in 1995 and has made many Filipino friends ever since.

When asked about what brings Koreans to the Philippines, Han candidly responded, "It's the people who are smiling all the time.  Filipinos do not hurry and are more laidback, and they definitely know how to enjoy life.  I feel so much at home here, I consider this as my second home."

The DOT, Philippine Airlines, EDSA Shangri-la, and Shangri-la Mactan guaranteed Han a pleasant stay in the country this holiday season, gifting him with a local tour package to a destination of his choice complete with roundtrip business class tickets and hotel accommodation, among other complimentary tokens.

Tourism Undersecretary Daniel G. Corpuz underscored the importance of the event as South Korea is the first source market to hit the one million mark this year.  According to Corpuz, Korea remains the largest source of inbound tourists to the Philippines.

Culled from the latest DOT passenger exit survey, the usual purpose of visit for Koreans is for holidays, followed by business and studies/ education.  The average length of stay is six days, and the preferred destinations include Bohol, Boracay, and Cebu. Koreans are big spenders, pulling out an average of US$126 a day with a big chunk spent on shopping and sightseeing.  Majority are also repeat visitors, and almost fifty percent have friends or relatives in the Philippines who most likely serve as the main sources of information on destinations to visit or activities to do.

Tourism Assistant Secretary Benito Bengzon, Jr. remarked that the DOT will not stop at one million tourist arrivals from Korea. "We are confident that the country will hit the two million Korean tourist arrival mark by 2016." The tourism and service sectors stand at the forefront of this boom. “We will continue to step up our tourism marketing and promotions in Korea and in other market sources," Assistant Secretary Bengzon further stated.

The new tourism campaign which the DOT rolled out early this year has already started to yield positive outcomes for the country, including today's milestone.

"In our aim to drive in more foreign tourists to visit the country, we must also gear up for our topmost and crucial job for 2013 and the years ahead. That is market development. To realize this goal, we will tap into non-traditional markets, expanding the potential for new users, new geographic to new demographic segments," Tourism Secretary Ramon R. Jimenez enthused.

"What drives tourism today is the country’s unique offering. What else, but the Filipino people -- our distinct hospitality, renewed confidence, and hope for a better Philippines," Secretary Jimenez positively concluded. 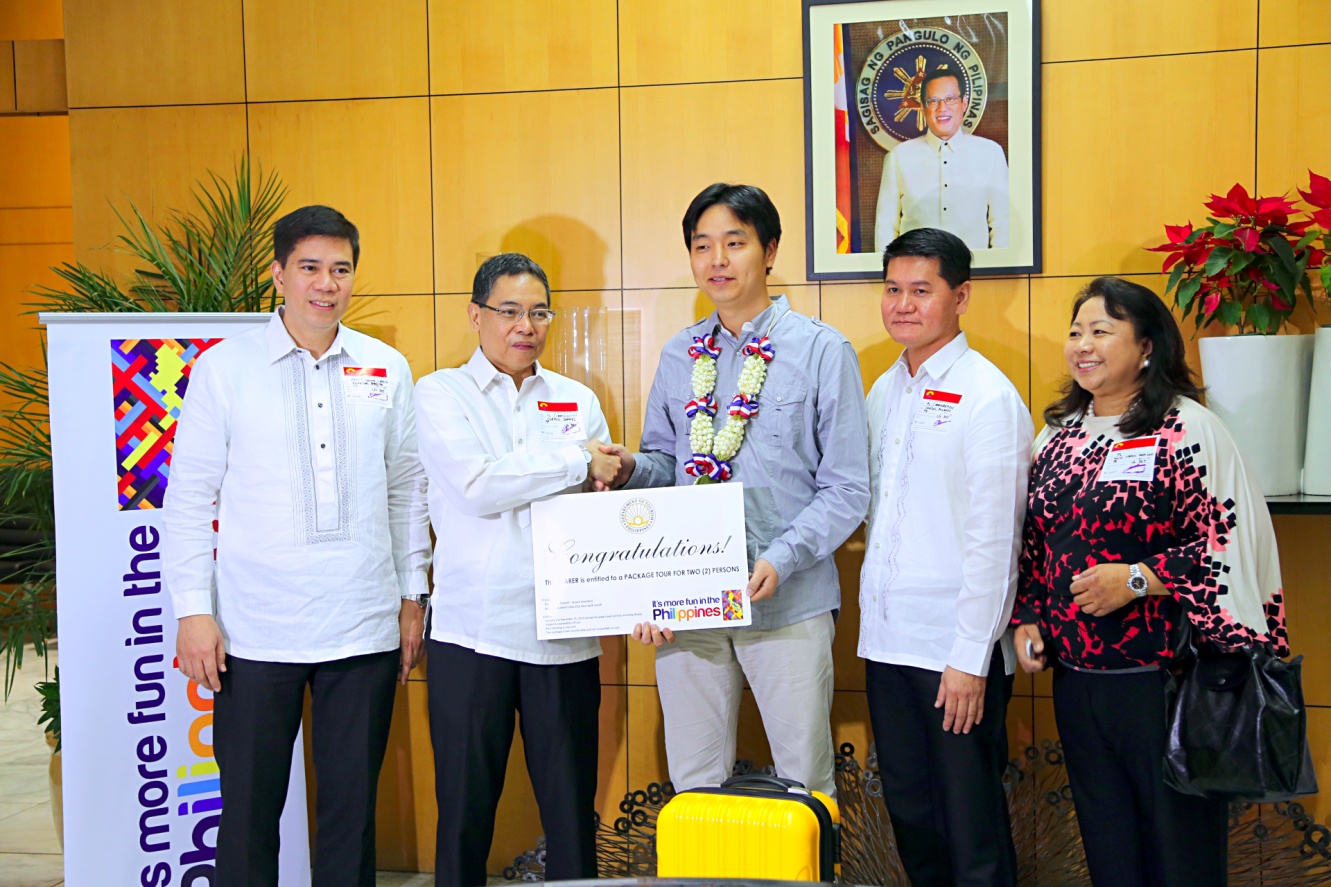