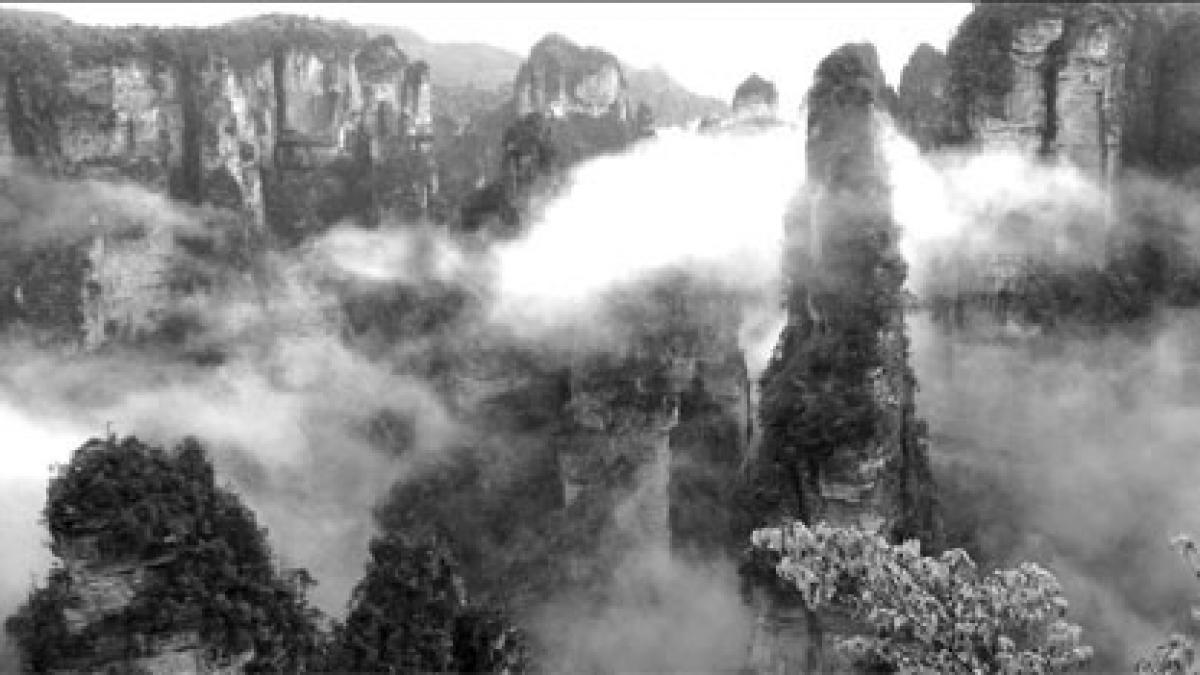 By Zhang Zhao and Shi Xiaofeng

The site was inaugurated on July 14 under United Nations World Tourism Organization (UNWTO) auspices, as part of the Global Observatory on Sustainable Tourism (GOST) program. Luigi Cabrini, director of UNWTO Sustainable Tourism Development, signed the site's book with the words, "I hope Zhangjiajie will become a most famous destination in the world, for its beauty and also for the new observatory, inaugurated today." The observatory will collect data for use in scientific research on sustainable tourism development in the area.

Zhangjiajie is the third urban area in the Asia-Pacific region where UNWTO has established an observatory, after Guilin and Huangshan, also in China. All three of the observatories are monitored through a center at Sun Yat-sen University, in Guangzhou, Guangdong province.

The local government at Zhangjiajie submitted an application to UNWTO's Asia-Pacific regional representative in November 2009, and proposed establishing an observatory in the city, to the UNWTO secretary-general, last July. "Zhangjiajie's tourism authorities are well aware of the importance of their work to the local economy, and even more importantly, of the need to manage its growth," said the secretary-general, Taleb Rifai. "The observatory is a vital tool for doing this, by providing tourism organizations with the information they need to move forward in a sustainable way."

The GOST program began in 2004 to help establish a network of multi-level observatories around the world.

Zhangjiajie National Park was China's first national park. It is now a UNESCO World Heritage site, one that has seen tourism boom, stimulating economic growth, providing jobs and development opportunities for the locals. It has many scenic and historical sites such as Puguang Temple and Yuhuang Rock Cave, and receives up to 40,000 tourists a day during high season. The mountains, rock caves and karst formations have led people to call it a "fairyland".

The park was also the inspiration for the Hollywood blockbuster Avatar's floating Hallelujah Mountains are based on several seemingly levitating peaks in the scenic area, called Southern Sky Pillar.

Other major tourist draws include the Wulingyuan scenic area, known for its lush plant life, pristine waters and variety of animal species, and Huangshizhai, where tourists can get a view of around 1,500 of the park's stone obelisks from a cable car.

For more information and for the original article, click here.