Signature of the "Golden Book" of Travel and Tourism. Mexico City, Mexico. 28 February 2011 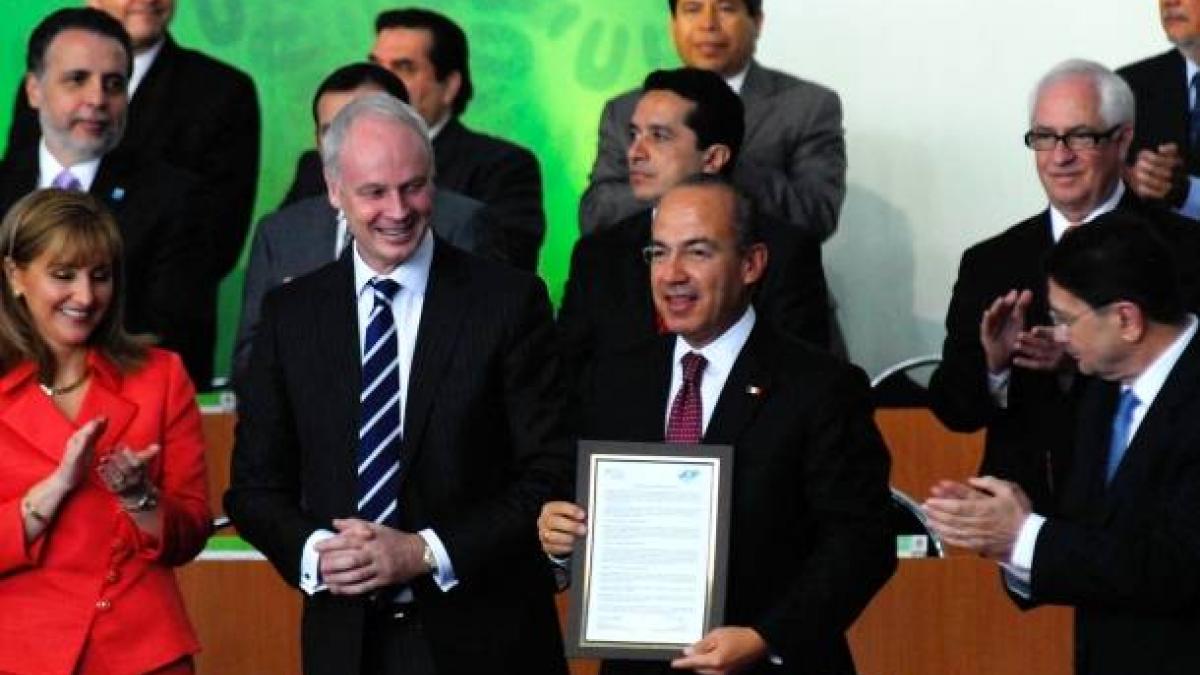 President Calderón of Mexico first to join UNWTO/WTTC global campaign on the value of travel and tourism
Mexico City, Mexico, 01 March 2011
The President of Mexico, Felipe Calderón, has become the first head of state to join the World Tourism Organization (UNWTO) and World Travel and Tourism Council (WTTC) joint campaign highlighting the importance of travel and tourism to global growth and development.
President Calderón was presented an Open Letter by UNWTO Secretary-General, Taleb Rifai and WTTC President and CEO, David Scowsill, outlining travel and tourism’s position as one of the world’s largest generators of sustainable enterprises and decent jobs, a powerful driver of socio-economic growth and development and a key player in the transformation to the Green Economy.

“For Mexico, tourism is a national priority and a political priority. It is an essential activity for promoting growth and raising living standards,” said President Calderón. “The sector is also key for promoting the regional development we seek and for doing so sustainably.”

On receiving the Open Letter, President Calderón spoke of the honor of being the first head of state to join the campaign and taking the first page of the tourism “Golden Book”. He said the country would “respond to such an honor” by making Mexico “a privileged destination for international tourism”.

UNWTO and WTTC are jointly presenting the Open Letter to heads of state and government around the world, calling on political leaders to acknowledge tourism’s role in facing global challenges and prioritize the sector high in national policies in order to maximize its potential to deliver on sustained and balanced growth.

“Despite tourism’s proven capacity to advance sustainable development, the sector still lacks the recognition it deserves around decision-making tables,” said Mr. Rifai. “Meeting with President Calderón today represents an important first step in raising awareness of tourism’s role among world leaders so that they draw on the sector when addressing the multiple challenges we face”.

“President Calderón is leading the way in recognizing the enormous contribution Travel & Tourism makes to the economy and its power to boost GDP, employment and exports, and drive economic growth,” said Mr. Scowsill. “His willingness to join the industry in exploring new and smarter ways to help tourism achieve its full potential sends a clear signal to other governments around the world.”

2011 has been declared the Year of Tourism in Mexico and President Calderón has called for a united effort across all government ministries and departments to promote the sector. The Letter was presented on the occasion of the signing of the National Agenda for Tourism which, given the weight of tourism to the national economy, has the full support and commitment of the country’s authorities and private sector.