The World Tourism Organization (UNWTO), IFEMA/FITUR and Casa Africa have signed an agreement with the Spanish Federation of Travel Agencies (CEAV) to reinforce the promotion and dissemination of INVESTOUR 2016 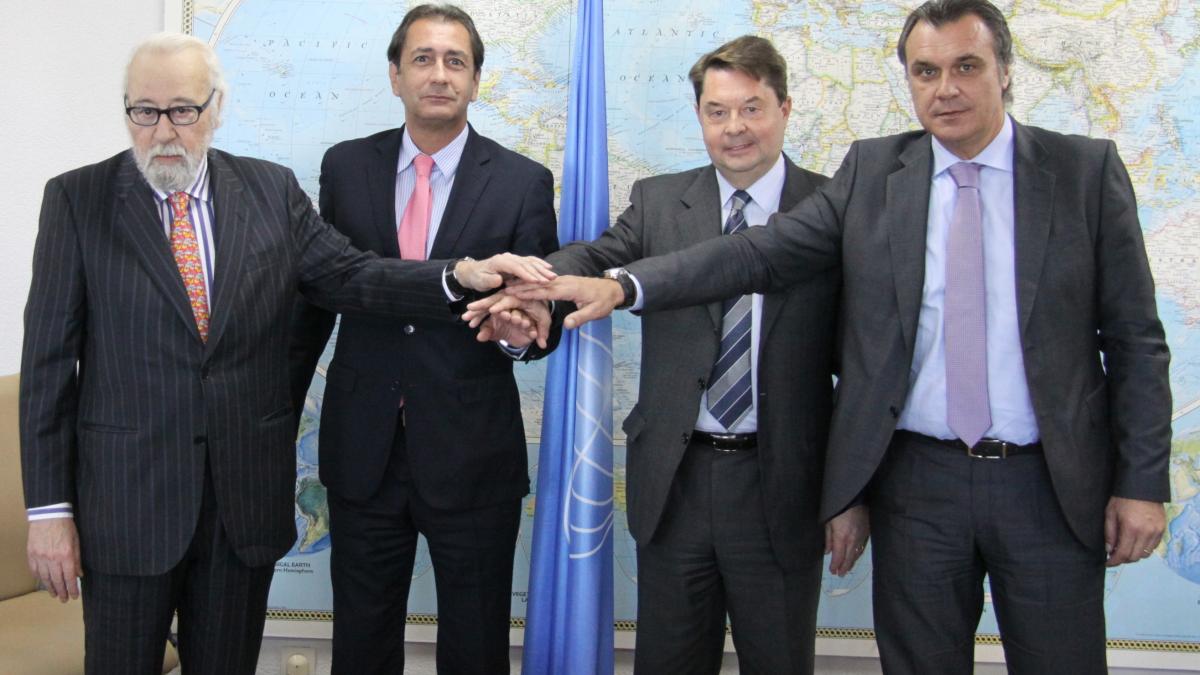 The World Tourism Organization (UNWTO), IFEMA/FITUR and Casa Africa have signed an agreement with the Spanish Federation of Travel Agencies (CEAV) to reinforce the promotion and dissemination of INVESTOUR 2016

The World Tourism Organization (UNWTO), IFEMA/FITUR and Casa Africa, co-organizers of the Tourism Investment and Business Forum for Africa INVESTOUR, have signed a collaboration agreement on 14 October at UNWTO Headquarters in Madrid with the Spanish Federation of Travel Agencies (CEAV) with the purpose of disseminating the Forum and organizing promotion activities among its members which will contribute to the promotion of this event as annual platform that puts African tourism project leaders and potential international partners in direct contact with one another and will engage the Spanish travel agencies in the promotion of Africa as tourist destination.

The World Tourism Organization (UNWTO), IFEMA/FITUR, Casa Africa and the Spanish Federation of Travel Agencies (CEAV) have signed an agreement on 14 October 2015 at UNWTO Headquarters in Madrid to reinforce the promotion and dissemination of the Tourism Investment and Business Forum for Africa INVESTOUR 2016, which will be held on 21 January 2016 in Madrid during the 36 edition of FITUR.

FITUR is the global meeting point for tourism professionals and the world leading exhibition for receptive and issuing tourists markets. In 2015 FITUR gathered 9.419 exhibiting companies from 165 countries/regions, 125.084 trade participants and 97.467 general public.

Organized jointly by the UNWTO, FITUR and Casa Africa, INVESTOUR 2016 will hold its seventh edition on 21 January 2016, thus consolidating its role as a frontline event whose aim is to contribute to the sustainable development of tourism as economic catalyst in the African continent. Since its creation in 2010, this forum has been an opportunity to highlight the relevance of sustainable tourism in Africa by means of consolidating public policies which foster the growth of a consistent tourism business fabric and contribute to employment creation.

The structure of this important event is organized in two sessions: The first one is devoted to round tables and the second session consists of business-to-business (B2B) meetings, a strategic platform that puts African tourism project leaders and potential international partners in direct contact with one another. Next INVESTOUR edition on 21 January 2016, the forum will repeat its two session format with a first morning session of two round tables on selected topics regarding tourism and investment in Africa which allow the participants to exchange knowledge and experiences in tourism investment related issues. Following the first session, a second afternoon B2B session, devoted to business-to-business meetings previously arranged between African tourism project leaders and potential international partners. This is an excellent opportunity for international companies to become known by representatives of African governments, to exhibit their capabilities in terms of expertise and to demonstrate their commitment to Africa, where all the economic projections are quite positive.

Among the objectives of the forum it will serve as a platform to boost the identification of investment business opportunities in the tourism sector in Africa for investors both at Spanish and international level. INVESTOUR last edition, held on 29 January 2015 during FITUR 2015 broke participants records of previous editions and was honoured with the presence of several major figures: H.E. Mr. José Manuel Soria López, the Minister of Industry, Energy and Tourism who officially opened the forum, H.E. Mrs. Isabel Borrego Cortés, the Secretary of State for Tourism, H.E. Mr. Ignacio Rubio Ybáñez, Secretary of State for Foreign Affairs of Spain, Mr. Luis Padrón, the General Director of Casa Africa, Mr. Luis Eduardo Cortés, the Chairman of the IFEMA Executive Committee and H.E. Mr. Taleb Rifai, the Secretary General of UNWTO. In INVESTOUR 2015 there were 306 participants from 42 countries, 17 Ministers of Tourism of Africa and the Middle East, ambassadors’ delegations from several African countries, 40 Spanish and 10 international (non African) companies and institutions, and almost 150 African projects (with 70 Spanish projects).

The signature of this agreement between The World Tourism Organization (UNWTO), IFEMA/FITUR, Casa Africa and the Spanish Federation of Travel Agencies (CEAV) means a step forward in the commitment of INVESTOUR organizers to promote the next edition and strengthen its role as strategic platform for the promotion of tourism in African countries during FITUR 2016. With this agreement CEAV confirms its engagement to collaborate with INVESTOUR organizers in the dissemination of INVESTOUR 2016 among its members with a view to maximize the involvement of Spanish travel agencies in the promotion of Africa as tourism destination. This collaboration shall materialize in the organization of activities (seminars, workshops, conferences and other promotion activities) to make known this year call among its members. The Spanish Federation of Travel Agencies (CEAV) is an entity gathering all Spanish Associations of Travel Agencies (19 Member Associations) and more than 3.000 travel agencies in Spain who, thanks to this agreement, will learn first-hand the potential of the African continent for the tourism sector and promote its business opportunities. 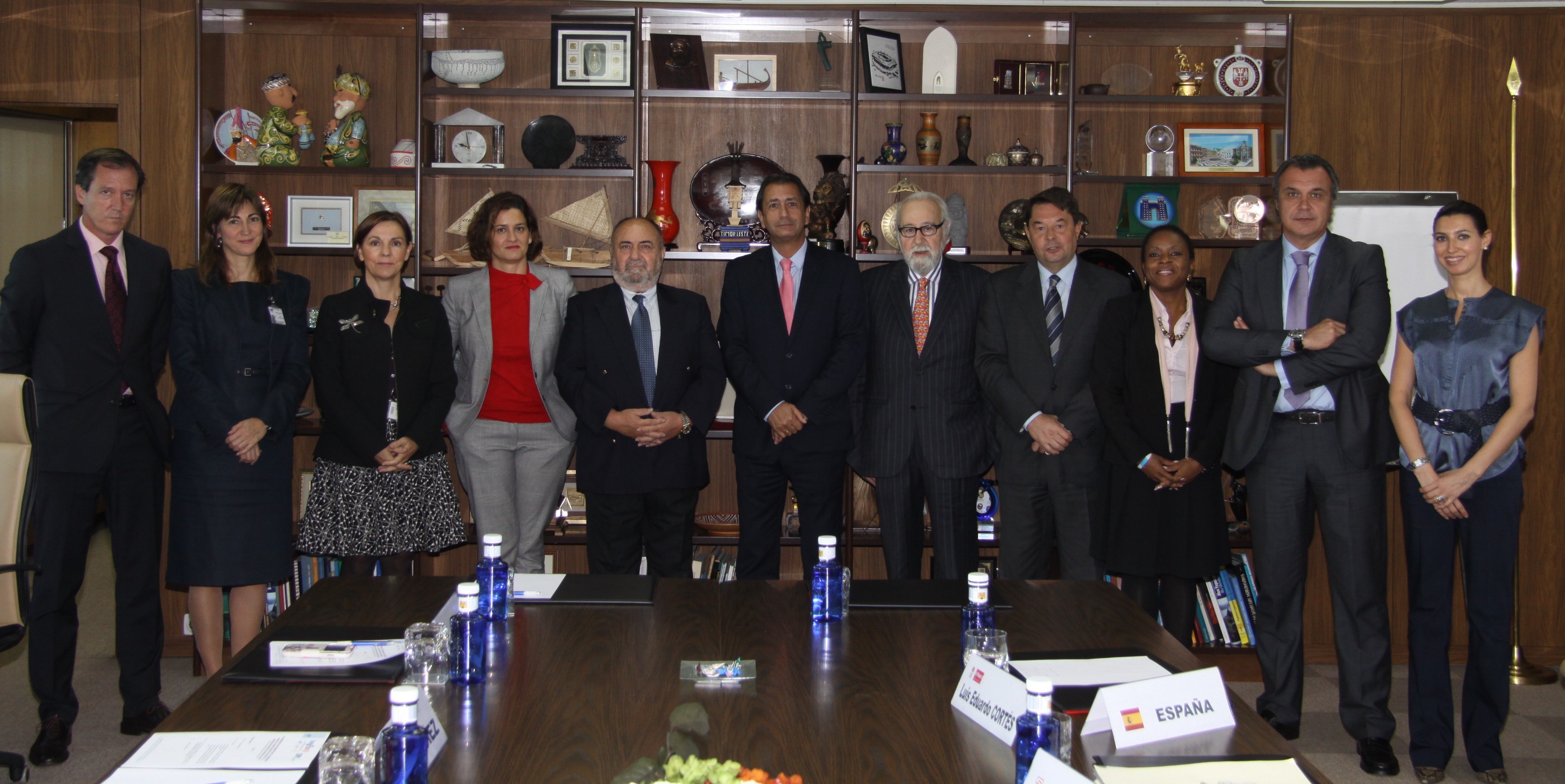