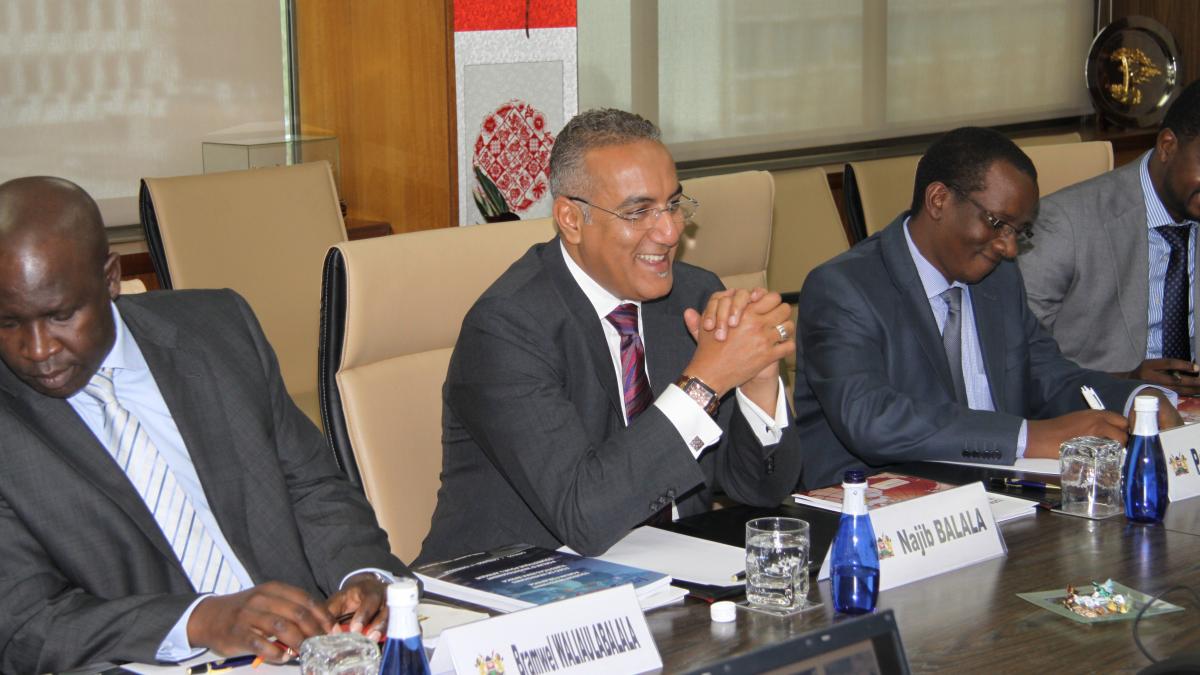 The Minister of Tourism of Kenya, Najib Balala, met with UNWTO Secretary-General, Taleb Rifai, to debate the priorities for the work of the Organization in 2012 as Kenya takes the chairmanship of the UNWTO Executive Council (11 November 2011).

“We are honored and humbled on being given this mandate as chair of the UNWTO Executive Council,” said Mr. Balala. “In collaboration and with the blessing of the Secretary-General, we intend to push a 3-tier agenda of travel facilitation through e-visas, unfair taxation affecting travel adversely (APD) and recognition of tourism as a national priority sector by all governments.”

“UNWTO is very pleased to see Kenya, as the new Chairman of our executive body, actively engaged in advancing the agenda set by the General Assembly in key issues such as travel facilitation,” said Mr. Rifai. “This subject was also highlighted at the last UNWTO/World Travel Market Ministers’ Summit in London as an effective means to stimulate travel demand, particularly at a moment where some economies face mounting economic difficulties, and will surely be one of high importance to all our members and the tourism community at large.”

Minister Balala met with UNWTO high officials during his visit to UNWTO Headquarters in Madrid to discuss in detail the work of the Executive Council for the coming year.

Kenya was elected Chairman of the UNWTO Executive for 2012 during the 19th session of the General Assembly held last October in the Republic of Korea.