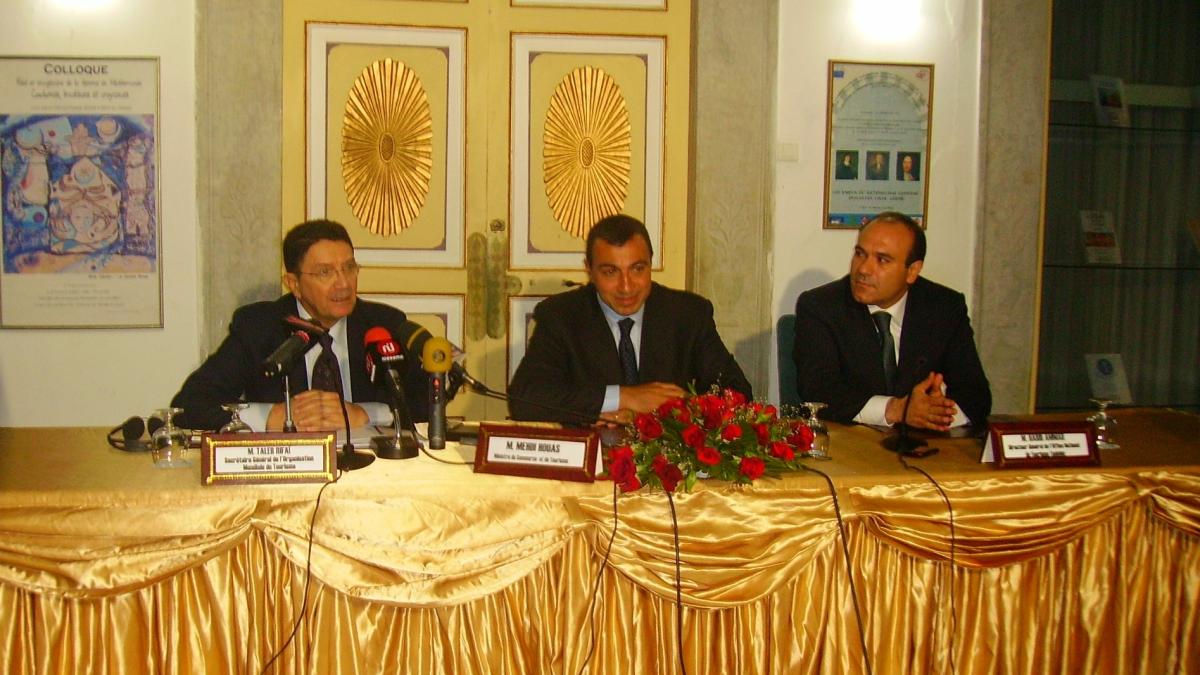 UNWTO will support the Recovery Plan designed by the Ministry of Tourism of Tunisia to revive the tourism sector. The agreement was reached during the recent official visit of UNWTO Secretary-General to Tunisia (20-21 April 2011).

During his visit, UNWTO Secretary-General Taleb Rifai met Interim President Fouad Mebazaa, the Minister of Tourism, Mehdi Houas as well as representatives from the private sector to discuss the best ways to support tourism in Tunisia. Issues discussed include the new advertising campaign to be launched by the Ministry of Tourism in early May, travel advisories and public and private partnerships.

President Fouad Mebazaa underlined the importance of tourism to Tunisia as a “basic sector of the country’s economy”. Meeting President Mebazaa, UNWTO Secretary-General showed confidence in the rebound of tourism and in the future of the country. “Remarkable changes have occurred in Tunisia and the future is bright”, he said.

During a joint press conference with the Minister of Tourism, Mehdi Houas, UNWTO Secretary-General expressed his full support to the Tunisian tourism sector. “Tunisia is, and will continue to be, a leading tourism destination. Tourism is not in crisis in Tunisia, rather it is living the natural impact of the significant changes that have occurred in the country”, said Mr. Rifai. “It is now time to show the world the real situation of Tunisia and the world will see that Tunisia is ready to receive its visitors”.

Furthermore, UNWTO Secretary-General warned against the temptation of short term recovery measures based on lower prices and stressed that medium and long term prospects for the tourism sector in Tunisia are even more positive than before. “The new environment”, he said, “can create new open and transparent conditions for investment in tourism, namely foreign investment, and unlock significant local business potential”.

UNWTO support to Tunisia will include technical meetings of the Tourism Recovery Task Force created by the Ministry of Tourism with UNWTO experts on communication, the holding of a workshop in Tunes for public and private sector representatives on recovery techniques and the organization of a major tourism international conference in Tunisia in the last quarter of 2011.

Representing 6.5% of the country’s GDP and accounting for 450.000 jobs, tourism is a key driver of the economy in Tunisia and will play a critical role in its socio-economic stability and future development. In 2010, Tunisia received nearly 7 million international tourist arrivals, generating US$ 2.7 billion in export revenues. During the first three months of 2011, international tourist arrivals decreased by 44% and receipts by 43%.