Official visit of Mr. Taleb Rifai, UNWTO secretary general, to Cameroon, 20- 22 November 2016 on the occasion of the National Conference on “ women, sports and tourism, women sport events and the promotion of African destinations” 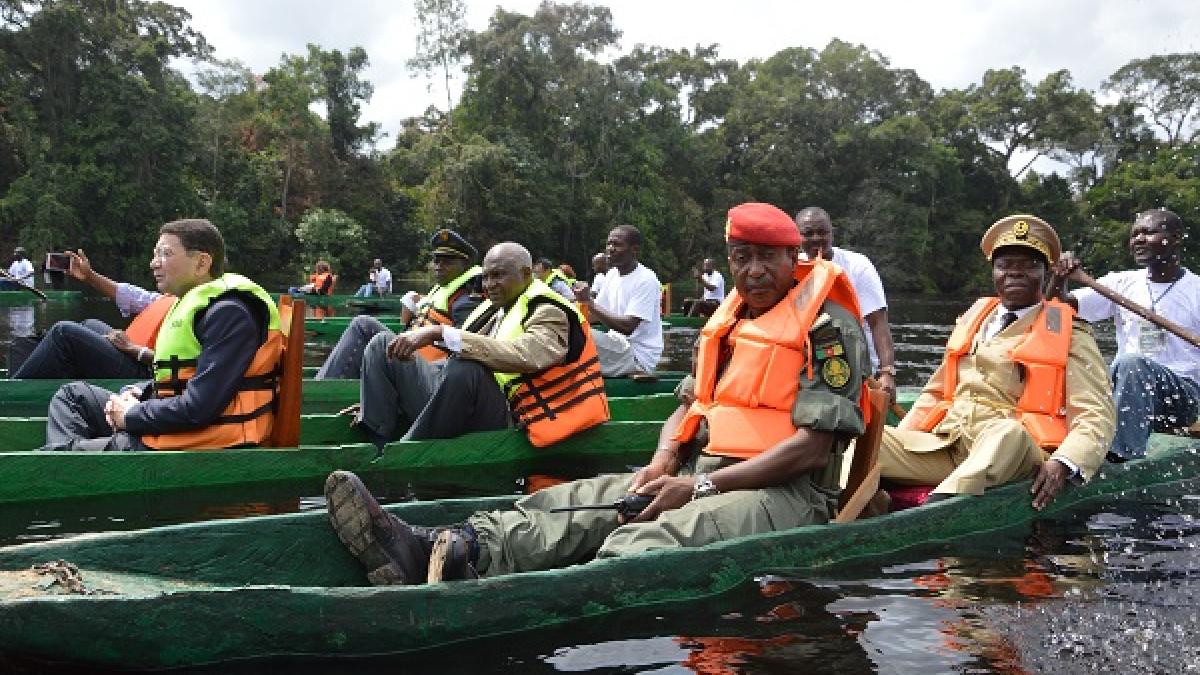 UNWTO highlights the relevance of sports events in branding Africa
PR No.:
16100
09 Dec 16

With occasion of the 12th edition of the African Women Cup of Nations 2016 (November 19- December 3), the Secretary-General of the World Tourism Organization (UNWTO), Taleb Rifai, has paid an official visit to Cameroon. Participating in the ‘Women, Sports and Tourism; Women Sports events and the promotion of African destinations’, UNWTO Secretary-General underlined the opportunities that women sports-related events bring to the tourism sector in the Africa and beyond.

One of the initiatives of the 2016 African Women Cup of Nations has been the celebration of the Conference ‘Women, Sports and Tourism: Women Sport events and the promotion of African destinations,’ where the contribution of tourism and sports to sustainable development, mutual understanding and cultural exchange was emphasized. The event, organized by the Government of Cameroon with the support of UNWTO, highlighted the importance of women sports in branding Africa and in promoting gender equality.

“The high repercussion of women in the development of their countries is clear and should be underlined. The presence of women in sports-related events is one of these contributions that can immensely help brand African destinations, which are often victims of misperceptions, a factor that hinders the development of tourism in the continent“, said the Secretary-General of UNWTO Taleb Rifai at the opening of the Conference ‘Women, Sports and Tourism: Women Sports events and the promotion of African destinations’.

During his official visit to Cameroon, UNWTO Secretary-General met Prime Minister and Head of Government Philemon Yang to whom he presented the Open Letter, a global campaign conducted by UNWTO and the World Travel and Tourism Council (WTTTC), to support tourism development worldwide and call for the support of the highest political level to the sector. Cameroon is the 19th African country to receive the Open Letter.

“Tourism is the sector of the future and it will change the future of the country. We have great potential in the tourism sector and I understand the need to have political will to change the course of tourism development in the country,” said Prime Minister Philemon Yang.

UNWTO Secretary-General reiterated the support of the Organization to Cameroon and stressed that “Cameroon is not alone and we should let the world know that it is a safe destination to be visited”.

Taleb Rifai also met Ferdinand Ngoh Ngoh Minister, Secretary-General to the President’s office, Bello Bouba Maigari, State Minister and Minister of Tourism and Leisure, Narcisse Mouelle Kombi, Minister of Arts and Culture and Joseph Dion Ngute, Minister Delegate in Charge of Relations with the Commonwealth at the Ministry of External Affairs.. During the meeting with the Minister of Tourism, he addressed several areas of cooperation such as capacity building and training, statistics and data collection and visa facilitation.

On the occasion, UNWTO Secretary-General also visited the Ebogo ST-EP Project on developing Sustainable Community Tourism and Private Enterprise being implemented at the banks of the Nyong River with the support of UNWTO and the STEP (Sustainable Tourism Eliminating Poverty) Initiative and MEFOU Park where Gorillas and Chimpanzes are been rehabilitated.