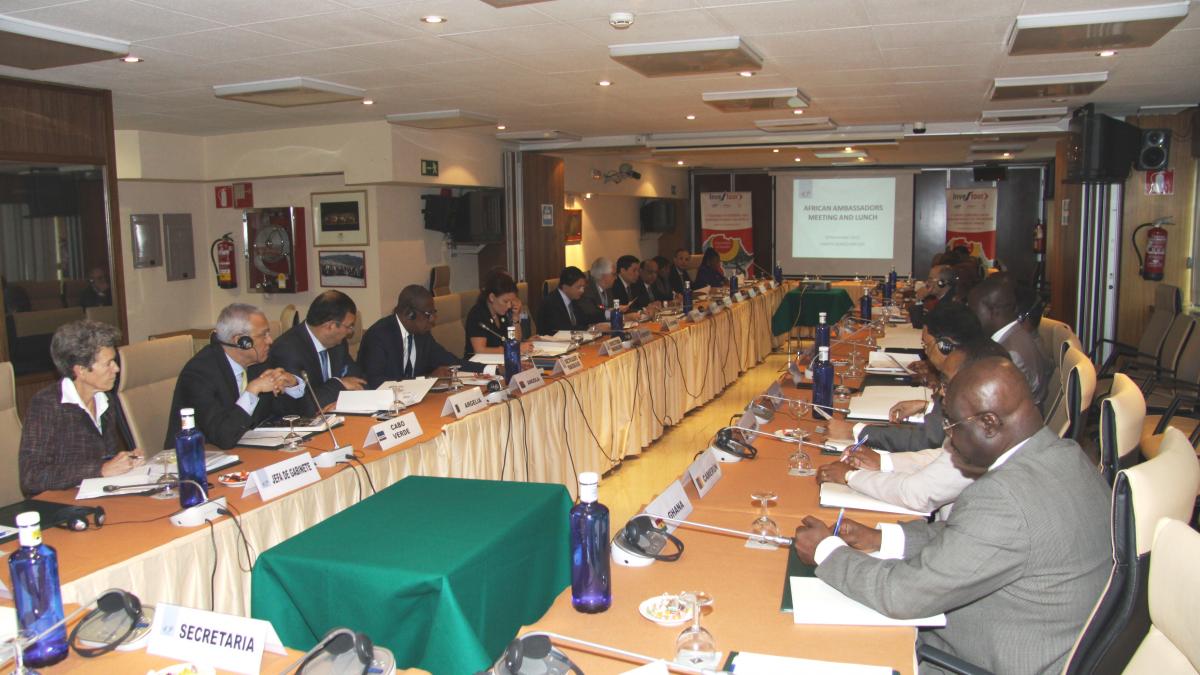 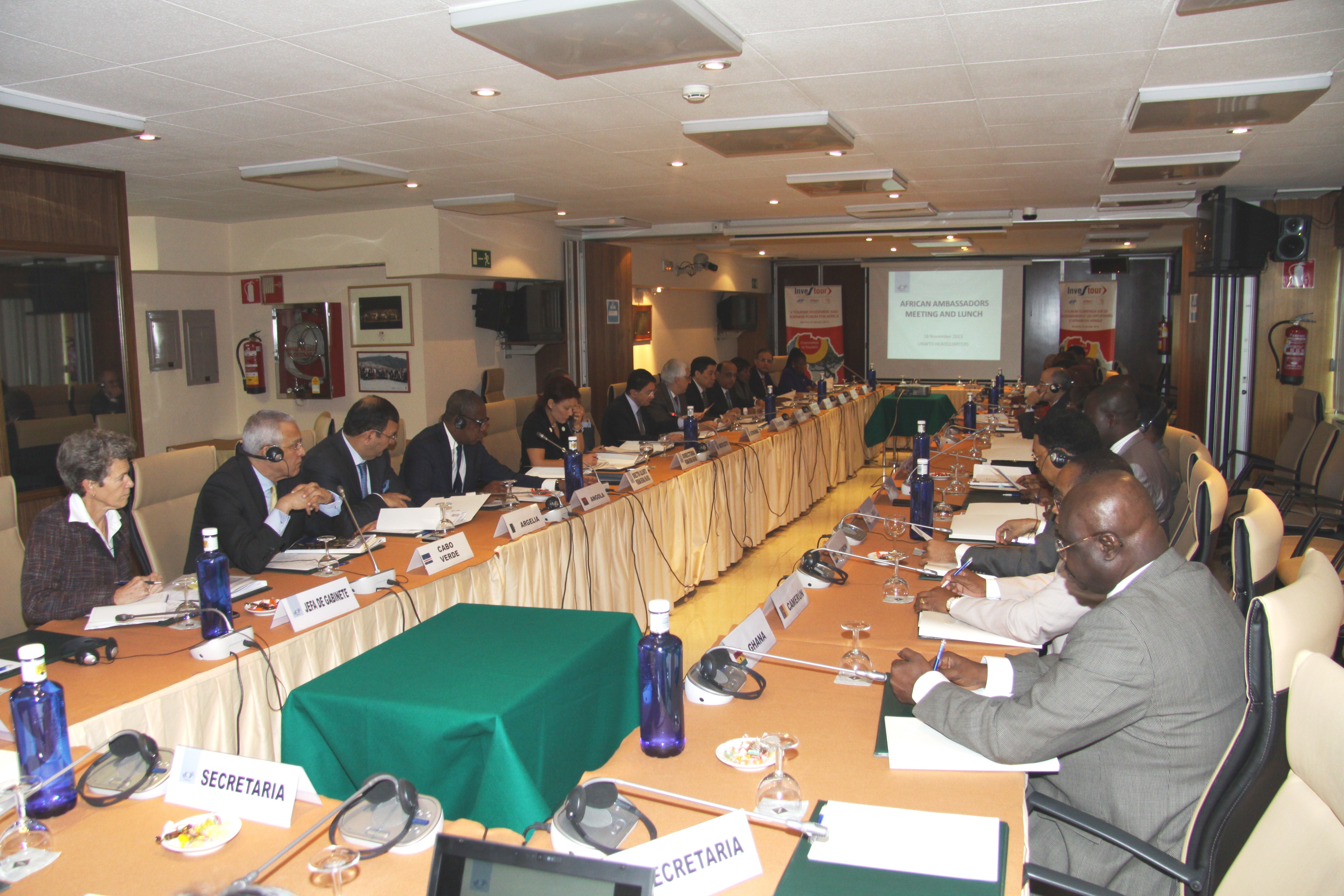 The African Ambassadors Meeting and Lunch took place yesterday 18 November 2013 at the UNWTO Headquarters, in the presence of the Secretary-General, Mr. Taleb Rifai. The gathering, which will take place on an annual basis, represents a great opportunity for networking and also for keeping the Embassies informed on what the Program for Africa region has achieved during the year and also to provide an outlook for the coming year 2014. The event received a very high representation of 22 African Member States (Algeria, Angola, Cameroon, Cape Verde, Democratic Republic of Congo, Equatorial Guinea, Gabon, Gambia, Ghana, Guinea, Kenya, Mali, Mauritania, Morocco, Mozambique, Nigeria, Senegal, South Africa, Sudan, Tanzania, Tunisia and Zambia). During his address the Secretary General greeted the newly accredited Ambassadors to Madrid and once again extended his congratulations and commended Zambia/Zimbabwe on the organisation of a successful 20th session of the UNWTO General Assembly held last August 2013 which was the most well attended. Other points of discussions included the update on International and African Tourism trends in 2013 and on Travel facilitation which represents one of the top priorities of the Organization’s agenda. The meeting concluded with an introduction of the main activities of the Africa region for the first quarter of 2014, a presentation on the upcoming 5th edition of the INVESTOUR forum and the upcoming CAF Meeting to be held 28-30 April 2014 in Angola.