Madrid, Spain 11 April 2018 - An intense week of exchange of experiences and capacity building linked to wildlife and biodiversity protection has taken place in Kinshasa, the Democratic Republic of the Congo. A major result of the regional initiative that lies under the framework of the UNWTO/Chimelong Programme on Wildlife and Sustainable Tourism has been the Declaration of Kinshasa that addresses poaching and carbon footprint as major concerns of the sector.

The Regional Conference served to summarize the itinerary training workshops conducted throughout 2017 which encouraged local communities and tourism stakeholders to act as champions of biodiversity conservation and environmental protection.  As a result, more than 120 people were trained last year from Niger, Gabon, Benin, Guinea and Democratic Republic of the Congo to give them the skills to design and implement local champion initiatives in their respective countries, which they showcased during the conference.

During the opening ceremony, who welcomed more than 100 participants from the five countries in addition to Zimbabwe, the Minister of Tourism of the Democratic Republic of the Congo H.E. Franck Mwe di Malila Apenela underscored “the vital importance of the link between tourism development and biodiversity conservation”, and that “it is not a coincidence that the upcoming UNWTO Agenda for Africa encapsulates it as one of its key priorities”. Mr. Shanzhong Zhu, UNWTO Executive Director, hoped that “the results presented during the conference will provide opportunities to generate economic benefits while stimulating protection and appropriate management of biodiversity in harmony with the sustainable development of tourism”.

The opening ceremony was followed by a key note speech by Seamus Kearney, journalist and producer, who emphasized the potential to involve the media in sustainable tourism-based initiatives and the need to communicate with honesty, transparency and honesty.

The UNWTO delegation comprised of Mr. Shanzhong Zhu, Executive Director and Mr. Jaime Mayaki, Deputy Director of the Africa Programme, was also officially received by the Prime Minister of DRC, H.E. Bruno Tshibala, during which they highlighted the key nexus between economic diversification, tourism development and biodiversity conservation in DRC and welcomed the vision of the government of DRC to put tourism as a priority for job creation.

A panel debate involving the Ministers of Tourism of DRC Franck Mwe di Malilia Apenela and of Niger, Ahmet Botto, together with the Permanent Secretary of the Ministry of Tourism and Hospitalty Industry of Zimbabwe, Dr. Thokozile Chitepo and UNWTO Executive Director, Shanzhong Zhu stressed the relevance of institutional communications and coincided in the potential of engaging tourism authorities on wildlife conservation measures.

Involving local communities, develop educational programmes liaised to sustainable tourism and increasing awareness on biodiversity and wildlife were some of the themes underlined in the ministerial debate.

“The achievements of the International Year of Sustainable Tourism for Development that we celebrated in 2017, the Lusaka Declaration on Sustainable Tourism and Community Engagement in Africa and the First African Charter on Sustainable and Responsible Tourism adopted by the COP22 constitute the best framework to advance the tourism sector towards more sustainable practices,” said the UNWTO Executive Director Shanzhong Zhu.

As the Declaration expresses, the undersigning countries commit to “reinforce the role of Sustainable Tourism as a lever for local development and support for the conservation and preservation of the environment” and “to become involved in strengthening the conservation of biodiversity, raise awareness and fight against various forms of over-exploitation of resources including poaching and reduce the carbon footprint of tourism-related activities”.

Strategic Communications at the core of the cause

Besides the Regional Conference, the delegates participated in a training workshop on communications and media relations led by Ms. Rut Sobrino Gomez, UNWTO media project manager for the UNWTO/Chimelong Programme. Under the topic of communicating the link between wildlife and sustainable tourism, public officers from these countries analyzed the potential of wildlife in the promotion of their destinations and revised the strategic communications methodologies and practices that can facilitate their work.

The workshop included an exhaustive revision of theoretical and practical approaches of strategic communications as well as of the different modalities of media relations. The creation of innovative products to attract the interest of journalists, building trust-based relations with the media communities and empowering outlets as advocates of wildlife protection and sustainable tourism were part of the training activity. Through working groups participants had the opportunity to build communications strategies for their touristic products, like the parks of Zongo and Malebo in DRC.

Both the workshop on Communications and Media Relations as well as the Regional Conference take place within the framework of the UNWTO/Chimelong Programme. This initiative, which is being implemented between 2017 and 2019, addresses the potential of sustainable tourism as key driver of wildlife protection and conservation in Africa and in Asia. The Programme integrates capacity building of tourism administrations, media engagement on these themes including a Journalism Prize and talent development through a fellowship program, among other actions. 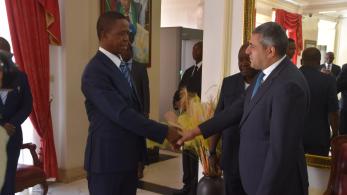 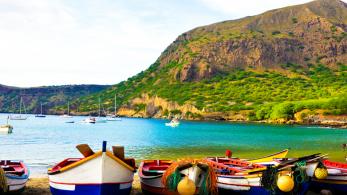 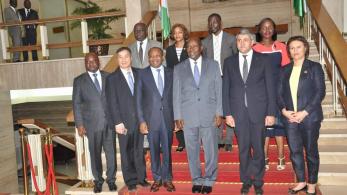 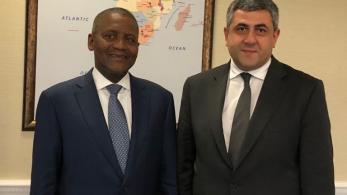