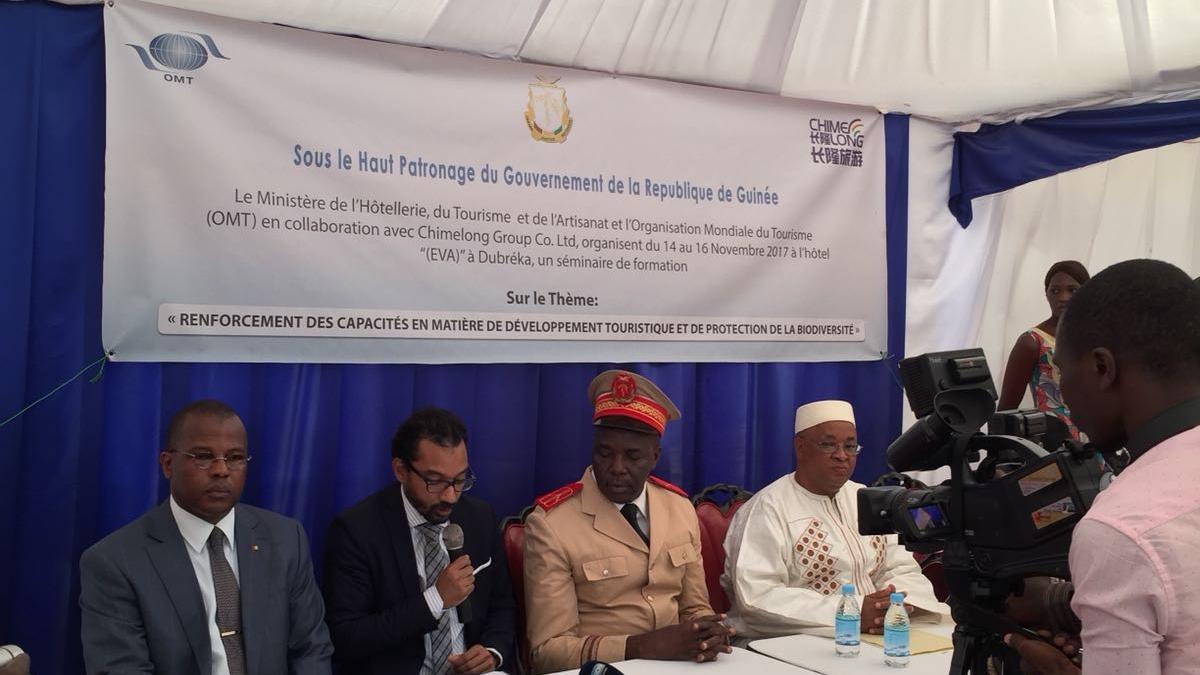 With the rapid growth of the tourism sector in West and Central Africa, tourism has become an important pillar for local economies in many destinations in the Region. Challenges in preserving the biodiversity in an appropriate and quality environment may in the long run affect visitors´ satisfaction which ultimately would result in lower income generation from tourist related activities.

The last two seminars in the series took place in Dubréka, Republic of Guinea, from 14 to 16 November and in Kinshasa, Democratic Republic of Congo, from 21-23 November 2017.

Each one of these programmes gathered approximately 30 participants from different areas of the tourism industry in the countries. The three-days training programmes aimed to raise awareness among the local population on the importance of biodiversity conservation in the destination areas and how to address environmental issues while undertaking tourism activities. The training also encouraged local people and tourism employees to act as champions of biodiversity conservation and environmental protection in the region, which will help ensure sustainable income generation for the local population as a result of tourism activities.

The successful completion of these two UNWTO/Chimelong seminars was facilitated by the support of each Ministry led by H. E. Mr. Thierno Ousmane Diallo, Minister of State of Tourism, Hospitality and Handicrafts in Guinea and H. E. Mr. Franck Mwe di Malila Apenela, Minister of Tourism in the Democratic Republic of Congo.

The training programme in Kinshasa closed the series of the Capacity Building for Tourism Development and Biodiversity Protection seminars in West and Central Africa, which involved a total of 5 countries. The conclusions of these workshops will be summed up in a final regional workshop in April 2018 in the Democratic Republic of the Congo that will gather the key participants that attended the previous workshops implemented during the year 2017.

The efforts put forward by the governments of Gabon, Benin, Niger, Guinea and the Democratic Republic of Congo in hosting these workshops highlights the importance given by them to the contribution of the tourism sector in their countries to socio economic development as well as to biodiversity conservation.