The historic village of Castelo Rodrigo has a well-preserved Gothic castle, a rare example of Leonese-style architecture in Portugal. The wall dates back to at least the 12th century and was probably the site of an earlier Almohad settlement. It underwent major reconstruction during the reign of Dom Dinis. It includes the following classified heritage:

It is part of the network of Historical Villages of Portugal (AHP), created and recognized through the Regulatory Order (No. 2/1995 of 11 January 1995) and Decree No. 23/1996 of 22 July 1996, which establishes the geographical area designated for the Global Regeneration Plan.

Tourism and agriculture are the main activities, including subsistence and medium-scale agriculture; distribution based on short consumption chains and also on export; and supply of value-added products in the processing chain. Culture has been gaining ground. Promoted by both the Network of Historical Villages of Portugal and the Municipality of Figueira de Castelo Rodrigo, initiatives have contributed to the establishment of artistic structures in the Historical Village.

Given its proximity to Spain, the village has border influences, also based on its history, whose culture is reflected in the tourist animation through culinary and commercial relations. 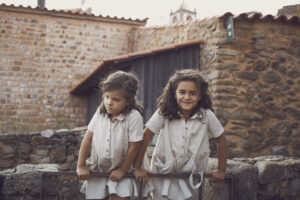 Castelo Rodrigo has a project that aims to boost local economic and social growth and development, through two initiatives. Diversifying and reinforcing the economy of the village by stimulating entrepreneurship and creating value in companies as well as rural innovation and tourism linkages with a focus on enriching the endogenous resources. The other initiative seeks to improve the experience of tourists and to preserve the heritage to consolidate the village as a BIOSPHERE DESTINATION Sustainable Tourist Destination Certificate (awarded in 2018) and putting forward its candidature for UNESCO Heritage status. 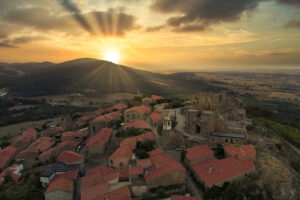 The Action Programs implemented in the village through the Historical Villages of Portugal Network and in partnership with the Municipality, have led to a set of initiatives to promote the territory and consolidate its position through Collective Efficiency Strategy drawn up for the Network. This has enabled the investments to create 3 main projects: Open Science Platform, Professional Training Centre for Handicraft and Heritage (CEARTE) and Training-action programs. 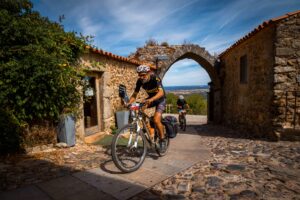 Tourism has brought great social impact by improving connectivity and mobility. The Municipality is building an ECOPARQUE for electric vehicles and bicycles, which will contribute to the sustainable urban mobility and to install a Wi-Fi Network and an App that will improve the experience of the tourists.