One of Lebanon’s most picturesque villages

Bkassine is one of Lebanon’s most picturesque villages: a charming and peaceful village located in the south, 70 km from the capital, Beirut, and 23 km from Saida.
Situated at an average altitude of 800m, Bkassine is famous for its glorious 200-hectare pine forest, the largest in Lebanon and the Middle East, which has made it a privileged tourist centre thanks to its preserved natural environment and excellent climate.
It is notable for its sumptuous church of St Takla, the main meeting place for events such as the annual Bkassine festival.
Visitors to the village are often amazed by the spectacular and ever-changing views of the traditional red-roofed houses nestled in the narrow streets and greenery.
A range of natural contrasts can be seen in the surrounding area: from bare mountains to lush valleys watered by waterfalls; views change rapidly from pine-covered hills to dramatic rocky landscapes and fertile plains dotted with olive trees.
The pine forest is the most important feature of the village that attracts tourists. It is a privileged destination for ecotourism and plays an important role in the rural economy by offering great economic opportunities through the harvesting of pine nuts. The municipality is responsible for forest maintenance and pruning activities.
With a rich biodiversity of plant species, other non-timber forest products include aromatic and medicinal plants collected by the community for culinary and domestic medicinal use. The forest includes several traditional features, such as old bridges dating back to Ottoman times, olive presses and water mills along the river that runs along the edge of the forest. 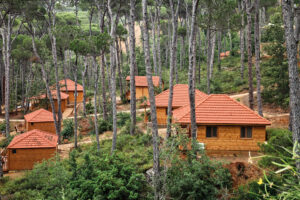 Rural tourism improved social inclusion and allowed youth and women to become more involved in the economic life of community. In partnership with the Municipality of Bkassine, an agro-processing centre has been equipped by USAID under the Baladi Programme, providing opportunities for women to engage in the production of local and traditional Lebanese food and gastronomy, generating income for local farmers and young people acting as local guides. 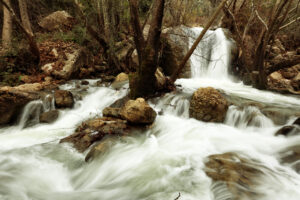 Commitment to clean and renewable energies

Coordinated by Fransabank, the Central Bank and the Lebanese Centre,  an Energy Conservation Project of the Ministry of Energy and Water has been set up with the aim of investing in renewable energy (such as solar water heaters and photovoltaic applications) to fight climate change by reducing the carbon footprint and aiming to reduce energy consumption by achieving an environmentally friendly way of life. 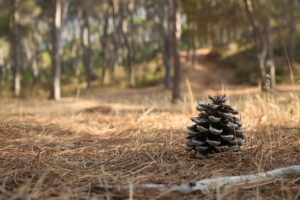 The Pine Forest is the most important natural resource of the village and a major tourism asset, providing a prime destination for ecotourism. It plays an important role in the rural economy by providing employment and economic opportunities where a Pine House was created to offer the finest natural products from the groves of Bkassine reaching out into the larger economy of Lebanon international markets and contributing to the local enterprise.